When the virtual world of Alfheim Online collide with the Accelerated World, chaos is sure to ensue. Setting up the stage for Kirito and his band of cheerleaders to encounter Haruyuki and Kuroyukihime’s Black Legion. This is the original crossover story of two acclaimed series’ written by Reki Kawahara. 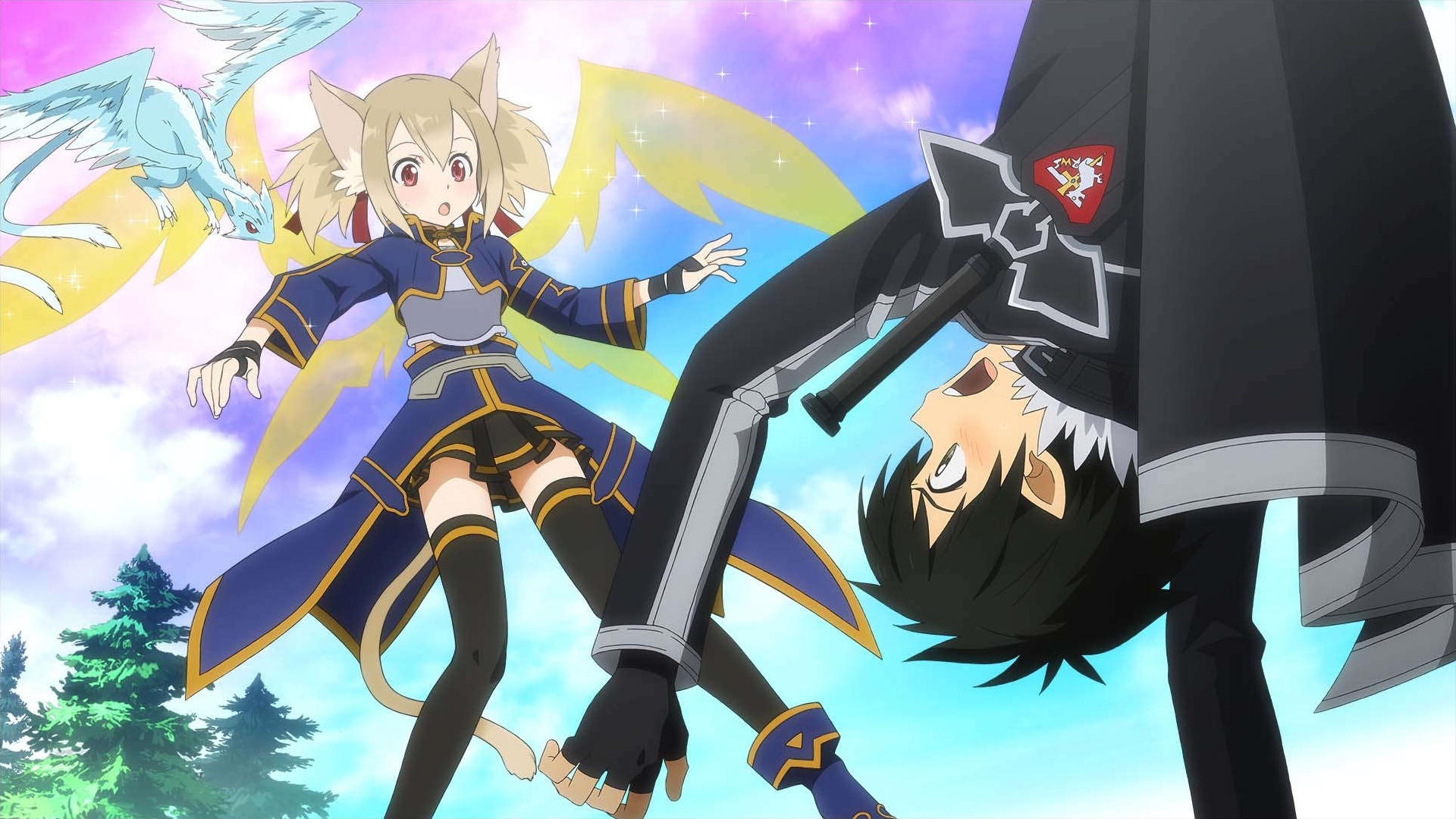 First I would like to mention that if you were like me and knew nothing about this game aside from the anime, novels, manga, or the previous games in the respective series, than let me just say that the title is very misleading. I came in thinking I’d be playing a Dengeki Bunko Fighting Climax style game, what I found out was it was SAO: Lost Song version 2 featuring Accel World. While it may not have been what I was expecting, the story, characters interactions, and the gameplay were definitely fun.

The crossover fits the game’s story and is like a dream crossover due to the fact that in one episode in Accel World, it is implied that it’s setting is the same universe as in Sword Art Online but farther off in the future. So this game has some time travel involved and it’s messing up both worlds. The system of Alfheim really makes things convenient for everyone though, especially the Burst Linkers. The system adapts to the new, unforeseen elements so if you are familiar with the rules of Brain Burst then it has been modified for Alfheim Online. 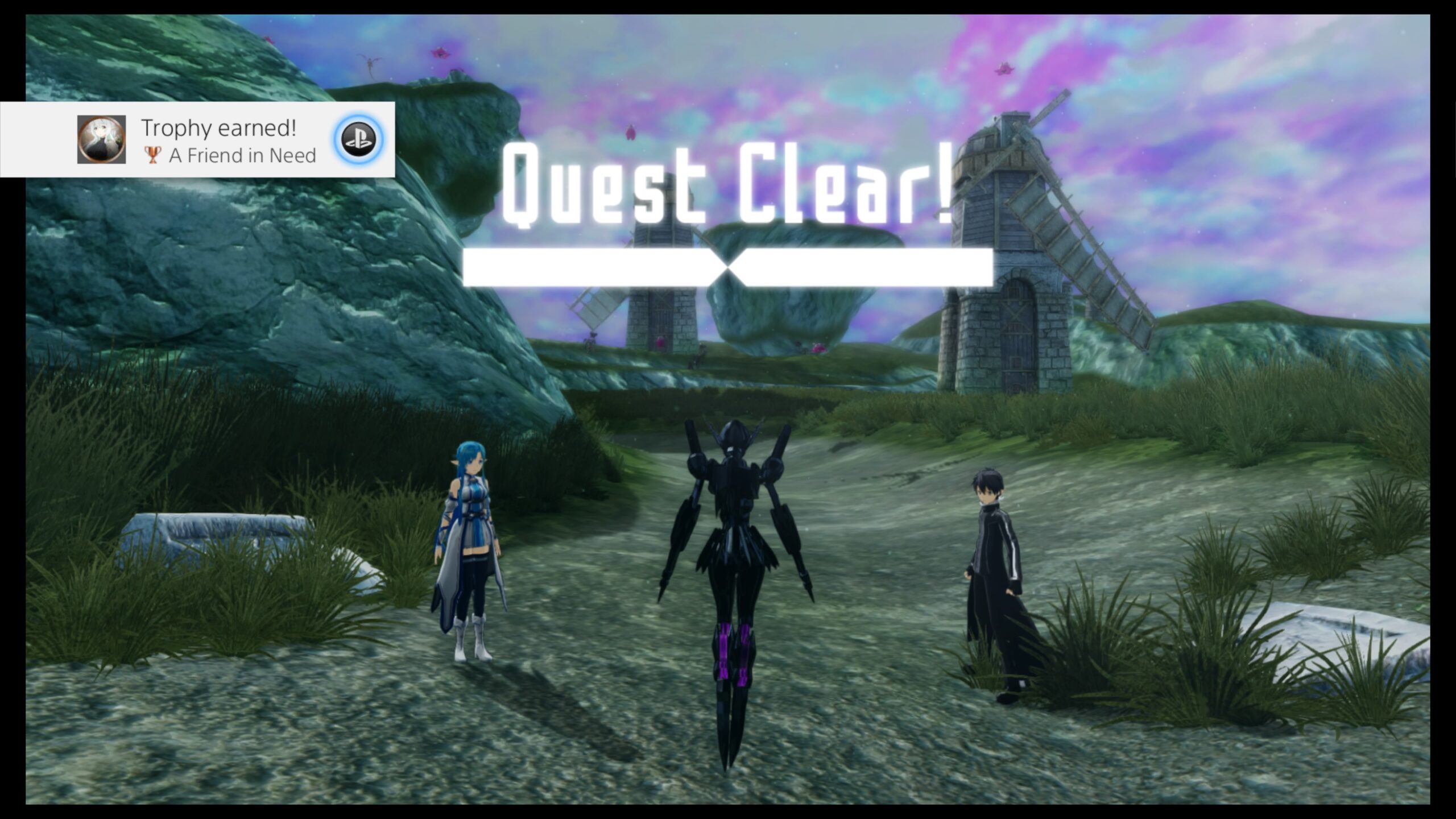 The VS title may make it look like they’re gonna have a stare down and beat each other up but it turns out that the two join forces to defeat a common antagonist, the person who is causing the virtual realm collision. Though there are a few instances where both sides duke it out. You will need to find your allies that are scattered around the virtual world to be able to have a chance of getting everything back to normal. The world is open to explore and the there are a lot of side-quests that are even fun to do, and some character friends quests. However the navigation makes it hard to figure out what you should do next to move on to the main story mission that I ended up getting lost at some points.

The combat is like an open world MMO style and there are different ways of fighting for both the elves and Burst Linkers. The fairies have the advantage of flight while the Burst Linkers have a cool looking instant movement mechanic that allows them to get up close to an enemy from really far away in a second. The only exception to those two restrictions is Silver Crow and Sky Raker since they are the only Burst Linkers that can fly, thus giving them both the mobility of both forces. One problem I had though was that there were so many characters to choose from but you can only make three-man teams at a time, making it a grind for some people if they want to make everyone stronger. There’s no need to worry about being healed or reviving though since your allies seem to have unlimited items provided at least one of you is still kicking like this guy. 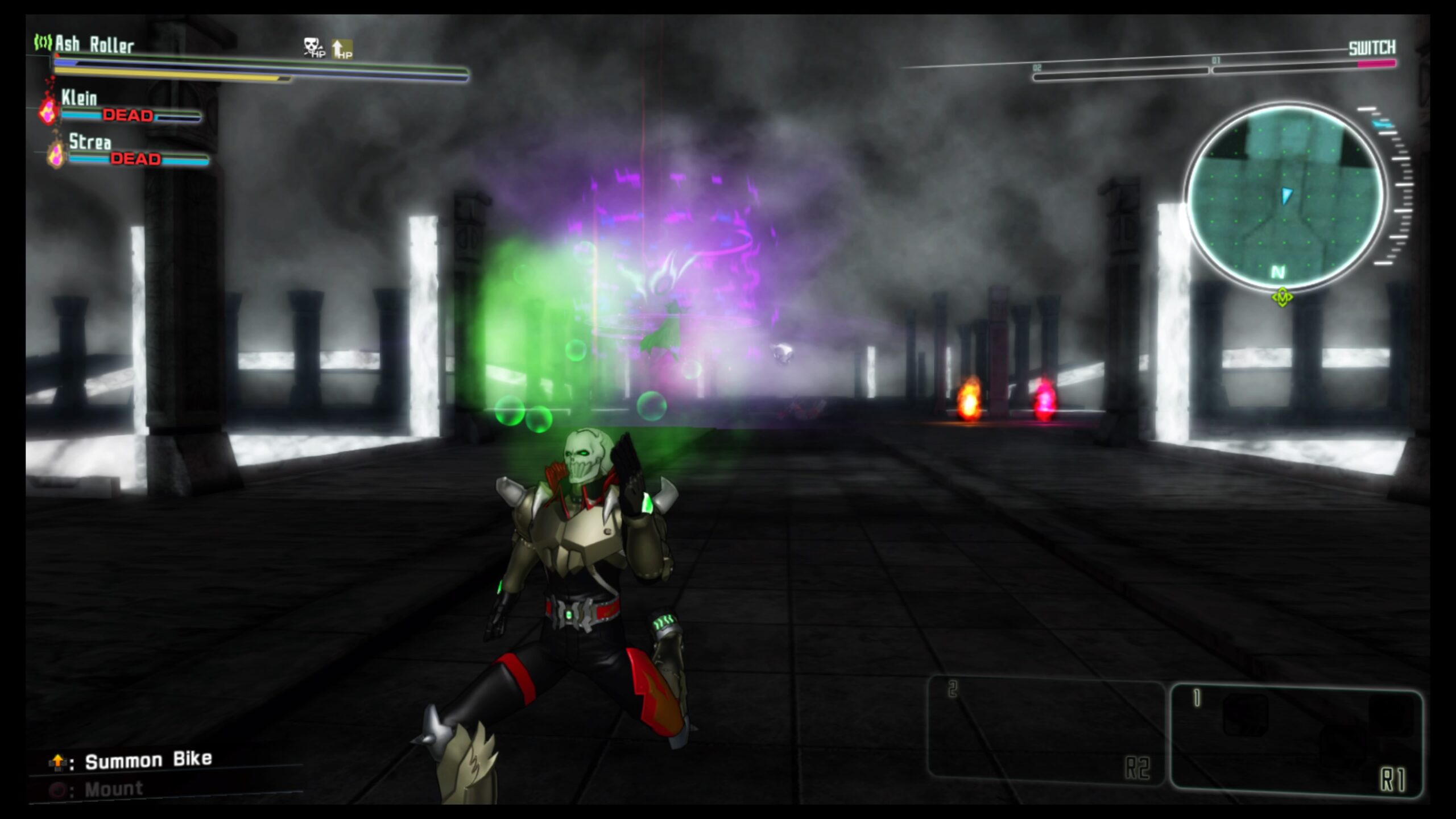 Leveling up is done in real time and so is skill learning, though skills advance in increments of 5 levels instead of one. All enemies also seem to be above level 100 and so are you and your allies. The bosses can be challenging, though I found it especially hard against the smaller and agile bosses. It became a targeting, and combo execution hell, especially since you can get a progressive boost for each combo that you timed correctly. You are also able to give commands to your allies like backing up before the enemy uses an AoE skill, it makes strategizing enough to keep you focus on the battles at hand.

The game’s narration is in the form of a visual novel’s style so if you don’t want to listen to the characters or see their interactions then you have the option to skip through it. The game also had a problem with some of the boss entrance cut-scenes not having any audio, whether that was intentional or not it affected my enjoyment a bit since the scenes definitely could have used some cool ominous music.

The game’s story can keep you entertained, especially with how the characters from different timelines interact with each other. It was fun seeing Klein and Ash riding through the snowy fields and then I had to catch them to get them to join the party. Having seen both anime adaptations, it was great to see them hit it off and even fight each other.

Speaking of Ash he had a very unique fighting and navigation style. His bike is his main weapon and his skills are dependent on it. Crashing into enemies was how you can mainly damage with him, it was at the same time really difficult and really fun. It was the first time I’ve tried doing something like that in an RPG and it even made me curse my smooth GTA driving skills. He was so difficult to use that for boss fights I just made him into an extremely agile healer.

This game was fun and for anyone who is a fan of both series then I do recommend to atleast take a look at this game. I have always wanted an Accel World RPG game and this made me want one even more, but hopefully without Sword Art Online in the future.

Score Definition
We tell you, it’s a good game! It’s not average! It might have some problems here and there, but you have to admit it is a “Good” game.
Pros
Accel World Cast
Unique Fighting Style For Some Characters
Dream Crossover Story
Cons
Large Cast with a 3-man team limit
A Few Quest Markers don't appear despite knowing the objectives
Boss Appearance cutscenes contain no audio
7.3
Good