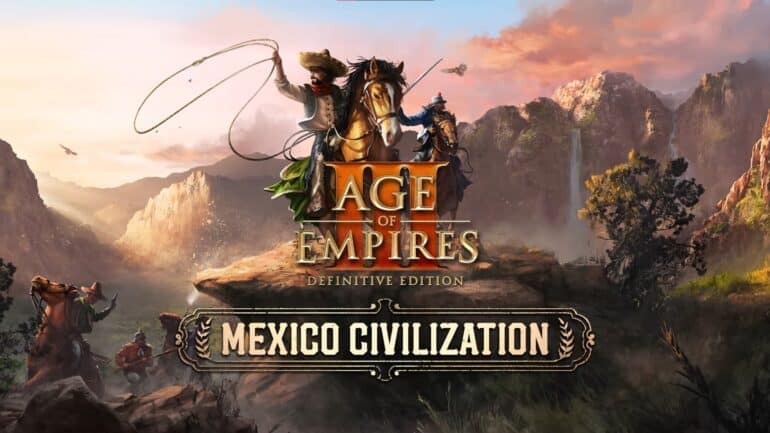 Microsoft has announced that Age of Empires 3 Definitive Edition will be getting a new civilization, Mexico, early next month.

Fans and newcomers will be able to get this newest DLC for AoE3: Definitive Edition adding the Mexico Civilization. This new DLC will be released on December 1, 2021 and now available for pre-order.

This new civilization actually has a new mechanic called Revolt instead of advancing to the Fortress, Industrial or Imperial Ages. By Revolting, players can get a whole new deck full of opportunities. Mexico can also reverse their revolts and return to the regular state, while still retaining access to those cards that got sent during the revolution. It also adds a new set of Federal States in order to evolve gameplay.

Both United States and Mexico civilization DLCs will let players gain access to another historical battle, The Battle of Queenston Heights. This will only be available to owners who have both DLCs. Getting the United States + Mexico Double Pack will have both DLCs at a lower price. It is now for pre-order.

A new in-game event will begin on December 1, 2021 as well. Players can participate in 31 in-game challenges to earn unique profile icons. Completing all 31 challenges will unlock unique skins for in-game explorers.

Age of Empires 3 Definitive Edition is now available on PC via Steam and Windows Store. The Mexico DLC will be available on December 1, 2021.