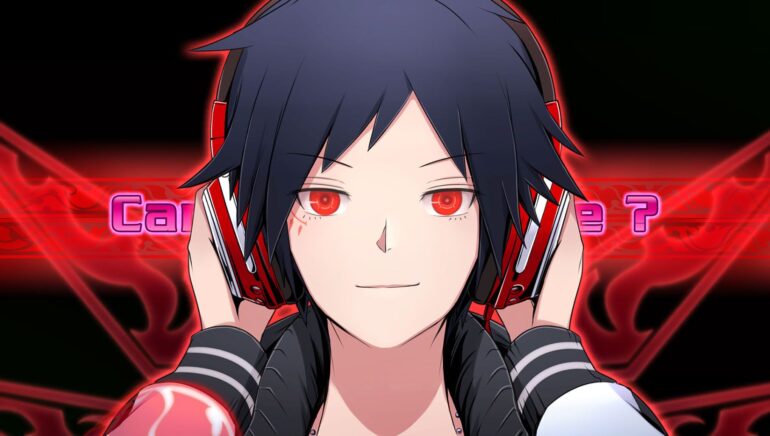 After reviewing a string of games that were less than spectacular, I really was looking forward to Akiba’s Beat. I even requested for the game.  Akiba’s Beat is a follow-up to Akiba’s Trip: Undead and Undressed. Even if that game had a very weird premise of stripping vampire-like creatures to defeat them, it was still a fun action RPG and I was looking for more of the same in Akiba’s Beat. Sadly I was wrong. 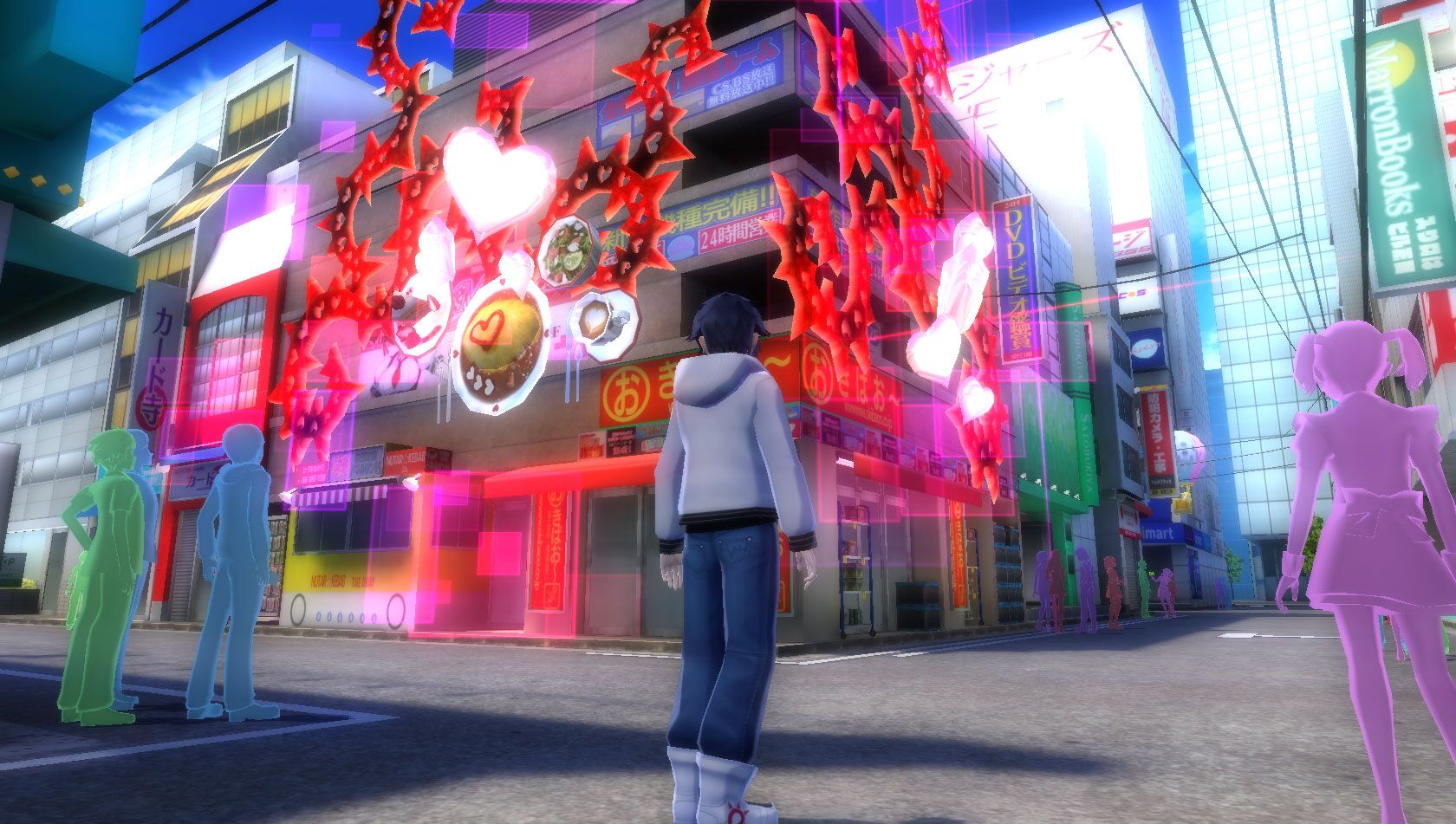 When you think of sequels or follow-ups, you would be right to assume that it would better or bigger in some way or at the very least, be of equal quality. This is not the case for Akiba’s Beat. Almost everything about it just feels like a downgrade. Notice how I say “Almost everything”? The game is not without its redeeming qualities but it just gets buried so deep in the bad that it almost does not matter.

Akiba’s Beat, like Akiba’s Trip, is set in a fictional version of the very real Akihabara district in Tokyo Japan. Something has gone awry and people’s unattainable dreams become delusions that start to come true. Most of these delusions deal with the people’s ideal version of Akihabara. This tears the fabric of reality and traps our would-be adventurers in their very own version of Groundhog day. You are part of the chosen few who can perceive these delusions as everyone else just accepts it as reality. It is up to you and your friends to break the delusion and return the world to how it was. You do this by exploring Delunsionscapes. Hidden worlds that lead to the Grand Phantsm, a creature that controls the delusions. Defeating the Grand Phanstsm releases the delusion’s hold on reality.

As weird as this sounds, it is actually a better story set-up than Akiba’s Trip where a shady organization start turning people into energy vampires to drain their happiness. The problem here lies the execution. They aren’t even consistent when it comes to the premise. Only a select few can perceive delusions but for some strange reason, there is a huge number of them in Akihabara. The delusions themselves can’t even stick to the description. A delusion is someone’s dream come true. Something they want so bad that it becomes real. There is a delusion that brings to life a character’s deep dark secret. A secret he wants hidden till he dies but it is here in the open for the world to see.

The theme is in question as well. The reason why delusions are a plenty in Akiba is because of the constant change in culture the district has gone through. Akiba is a town that always evolves with the trend. This means that what was once a town for audio equipment and electronics, is now populated with otaku culture. The want for their version of Akihabara is what fuels the delusions. This means the culture of Akihabara is front and center in the game. While the game talks about the culture a lot, it does not show you. Akiba is supposed to be a town bustling with people but in Akiba’s Beat, it is a literal ghost town. By “literal ghost town” I mean the town is populated by ghosts. For NPCs we have stationary ghosts of different colors. They don’t move. They just stand there. On rare occasions you see one tap their foot or shake their head but these faceless creatures are for the most part, just statues. Now compare this to the very lively street of Akiba’s Trip, a game that touched very little on the actual people of Akihabara, and you can start to see how lazy this design choice was.

Speaking of theme, the game’s title was a let down on that front as well. Akiba’s Trip: Undead and Undressed’s title is a play on the word Strip. The box art has both word Akiba and Trip share the letter S. It can be read as Akiba Strip. This plays well into the gameplay. With Akiba’s beat, you would think that music plays an integral role in the game but no no. They had me going with the first delusion being tied to audio equipment but the game does not touch on music very much. Music does play a part in combat but it is not part of a thematic whole. The reason why music is in combat is because the characters are using it to pump them up. They call it The Imagine Field and it is called that because, and I quote, “You just pretend you’re in a music video and fight to the beat”. So the strongest tie to the game title is just fighting to music and pretending to be good. Goddammit…. Well, I guess it is fitting in a game about delusions.

Akiba’s Beat plays very different from its predecessor. Where Akiba’s Trip was an action adventure, Akiba’s Beat is a full-on RPG. Gone are the days where you get attacked in the streets of Akiba. Instead, you now traverse the delunsionscape, dungeons themed to the specific delusion. Here you can find monsters roaming the empty corridors of the delusionscape. You can choose to engage them or not, you can even press the attack button and hit them for an advantage going in, they can do this as well if they tag you at the back. The actual fight itself is very similar to the Tales Series. Actually, similar is the not the appropriate word. It is exactly like the Tales Series. While this might seem like a plus, there is very little variety or flavor in the combat to keep things interesting.

Story progression is a big issue. The scope of the story does not fit the setting. They wanted to be a grand sprawling RPG but it is confined in what can be described as 5 small areas. The delusionscapes help a bit but that those are just the same corridors with different wallpapers. Even the monsters designs are recycled ad nauseam. Most of the time the game ask you to visit places over and over again only to drip feed you the story. They want to squeeze every second out of you and this is something I do not like.

The game has a day and night cycle but it only changes when the story demands it and oh boy the story will demand it quite a lot. What could have been a great time-management mechanic similar to the Persona Series, has been basterdized and mutilated in such a way that it has been used to prolong the game. Every time you get somewhere interesting or finally find motivation to move on, the game stops all that momentum and tells you to go home and sleep. This is pretty apparent early on when the game basically takes a week before any story progress happens. 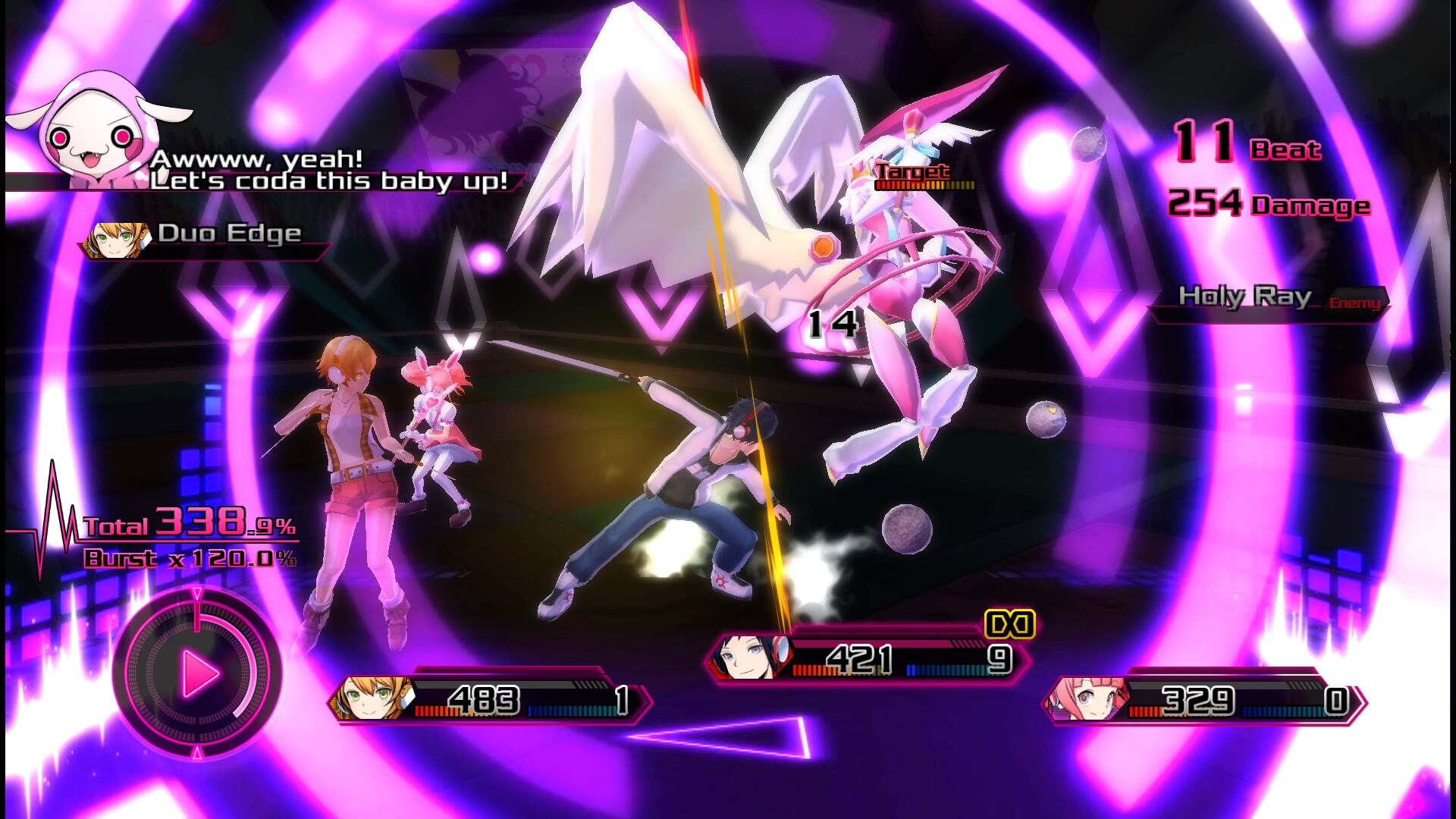 There are some side quest you can take and I use the word “quest” sparringly. You have a few side events for every character (8 for main cast and 3 for side-characters) that allow you to gain a deeper understanding of the characters. These events have you running around the map basically chasing dialogue conversations. You do nothing to contribute. You are just there. Some of them are entertaining like the Yu-gi-oh themed event but other than that, these are just time wasters. Something you do just to remove them from your map.

Speaking of Maps, it is an eyesore. Akiba is littered with shops. Whereas Trip had each shop sell different items, all the shops sell the exact same thing. All the uniqueness of the shops vanish. It is a waste of space. You don’t even go into the store anymore. You just stand in front of the door and the menu opens. It also doesn’t help that the side-characters you bring along react to them every time you pass by one. This also applies to the save points. It is honestly as if this game’s use of the Akihabara setting was the last thing they decided upon.

Playing Akiba’s Beat is a test of will and patience. Instead of building up from the previous game, it stripped it down to a simple 4 stage adventure. The standard cycle should be this: Find the person causing the delusions, convince them that this is bad, destroy the Grand Phantasm and break the delusion. 4 steps. 4 freaking steps for every delusion but these guys will throw you every which way just to make sure you get that minimum 40 hours that is expected from an RPG.

A game where you had fun but in the end you still had a comment of “meh”.
Read our Review Policy here to know how we go about our reviews.