A fun time, bogged down by janky combat 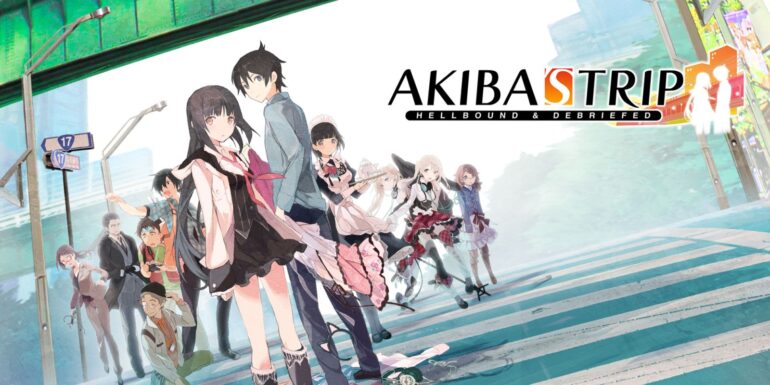 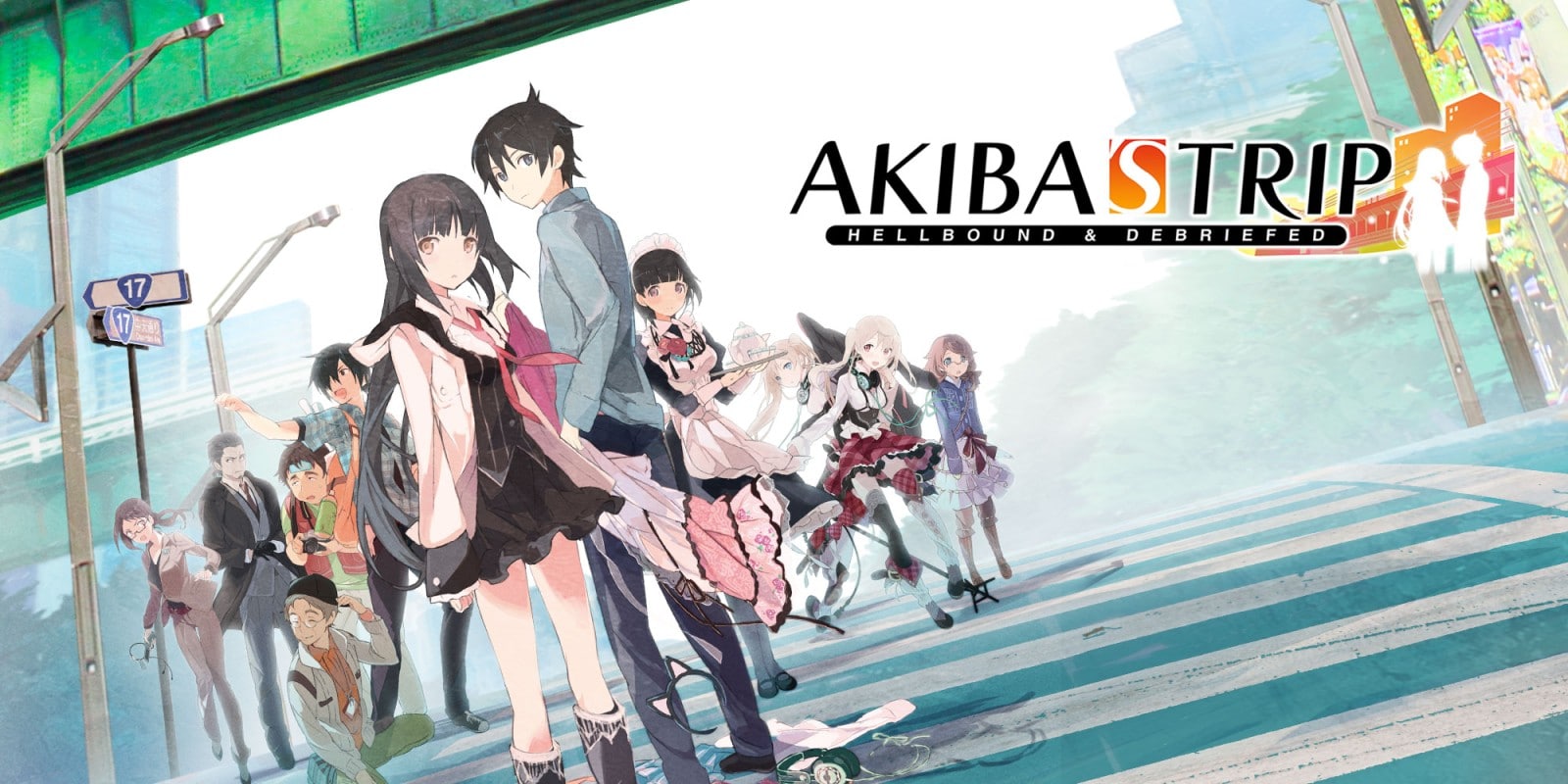 Darkness descends upon Akihabara, the pop culture center of Japan. There are tales of supernatural creatures stalking in the night. Victims found in dark alleys, pale as a sheet, and having no memory of what’s happened or how they even got there. What’s shocking is what happens after. The victims begin to exhibit anti-social tendencies, to the point that they no longer want to leave their rooms. Make no mistake about it – these shut-ins are the victims of some greater scheme. And it’s only going to get worse from here on out. Welcome to AKIBA’S TRIP: Hellbound & Debriefed.

AKIBA’S TRIP: Hellbound & Debriefed is an HD update of the first game in the AKIBA’S TRIP series. You play as a young man who gets attacked by a Shadow Soul on his way to save his friend from a gruesome fate. You would have been done for if it weren’t for a sympathetic Shadow Soul. She gives you a pint of her blood, effectively making you one of them. NIRO then arrives on the scene. In an interrogation room, the agents give you 2 options – follow their orders or die for humanity’s sake. There doesn’t seem to be much choice here.

AKIBA’s combat is all about the art of the Strip. It is something your named character learns after meeting the Master. Through her training, you learn to remove the clothes of your opponents. With the knowledge you get from advanced training and buying e-books, you’ll be able to ‘procure’ all sorts of clothes. Who knows? Maybe you’ll be able to open your own Uniqlo outlet.

Why are you stripping people to their undies? Simple. Shadow Souls die when their skin is exposed to direct sunlight. If you’re also wondering why it’s the only way to fight them… It just is. Using an assortment of everyday items, (those won’t draw the attention of the police) you are able to weaken the clothes’ hold on their owner. Once they flash red, they are as good as gone. If haven’t learned the right techniques, you are likely to tear clothes apart. But if you have the right knowledge, you can take them off undamaged. The game allows you to also chain strip nearby opponents, saving you a lot of time from holding buttons to strip individual pieces of clothing.

The first and only tool NIRO provides you with is an add-on to your camera that’ll single out Shadow Souls pretending to be humans. It eliminates guesswork and is an essential tool in most missions. Its other function is to allow you to scan the clothes of people. If the text is yellow, you can probably remove it cleanly. If it’s red, however, it’ll tear apart. It really doesn’t do much, but if you’re looking to 100% the game’s collectibles, you will use this camera a lot.

You can explore a map that recreate locations closely resembling those of real life Akihabara back in 2011. There might only be around a dozen points of interest, and the only thing you can do is visit shops, but at the very least all locations eventually have missions connected to them.

Throughout the course of the story, you will get to know more about the 3 factions in the game and their primary motivations. You start off working for the National Intelligence and Research Organization (NIRO) in their fight against the Shadow Souls. There is also the Akihabara Freedom Fighters, a neighborhood watch by all accounts. Their main interest is keeping the peace within Akihabara. Very deep into the game, the Shadow Souls also expose some inconvenient truths that may convince you to join their cause. But all that happens near the end of the game. Which is kind of disappointing. The one deciding factor for switching sides, and starts and ends with one big block of exposition. Which just translates into a ‘choose your ending’ scenario. I don’t hate it, per se. I just wished my actions in key moments had more of an immediate impact, instead of only mattering in that one key pivotal confrontation.

Some of the missions require you to look for your objective. Asking the Freedom Fighters does help. But what narrows the field even further is Pitter, this world’s equivalent to Twitter. Most of the time, it’s just random conversations. But every so often, they’ll lead you to where you need to go. Provided you can pay attention to fast-moving message chains.

AKIBA’S TRIP: Hellbound & Debriefed is a short game if you decide to play it just for the story. But that is if you don’t get frustrated with the game’s combat system first. It’s one of a couple of frustrating things I really disliked about the game. I can’t think of any other reason why the developers decided to keep the original’s game janky-ass combat, other than to preserve the original’s memory. Look, there is a part of me that appreciates the decision, but if I wanted to experience the game purely as it was, I’d have played the original game.

Pressing triangle, square, and X attacks a piece of clothing on top, middle, and bottom respectively. Holding R1 allows you to dodge from multiple directions. That’s fine and all until you have to face up against multiple enemies. Suddenly facing AN ENEMY becomes a struggle. You don’t really know who you should be fighting because priority goes to the last person who struck at you… which could be anyone around you. The controls are also direction sensitive. You could be doing power moves seemingly at random because one of the conditions for a power move is moving the stick in a certain direction. A direction you might not have chosen.

I can do crowd control moves all day, and still lose because the condition for eliminating enemies from combat is to remove ALL clothes with precision. Can’t do that if I’m swinging wildly. Can’t hope to break down all fights to 1v1’s either cause at any moment a group can stun lock me to death. The only way I’ve been able to defeat large groups is with RNG. No one wants to win like that. It also doesn’t help that the camera panning is as slow as a snail, and if you’re near an exit, the camera snaps into a locked position. Again, this was a game that was built from scratch. I wasn’t expecting a modern take, just better controls.

What ultimately saved this title, in my opinion, is the colorful cast of characters. Sara, Nobu, Gon, and Mr. Yatabe of the Akihabara Freedom fighters are very likable characters. They embody everything that is good (and not so good) about Otaku culture. Getting to know their stories was probably one of the best things about the game. The same goes for the other main characters Sakoto Mido and Rui Fumizuki. Finding out the ‘why’ to their actions put me squarely in front of some difficult choices. I’m satisfied with the ending that I chose, however. That’s good enough for me. For now.

At first, I wasn’t a big fan of the low res textures and the blocky geometry. But after playing the game a good bit, I found that there is some charm in the old look. It reminded me of Megaman Legends. The models too, basic as they are, have that special something you can’t replicate with high-detailed models.

The game’s music is also an absolute joy to listen to. The Japanese voice work and the anime cutscenes maintain that high standard I’ve grown accustomed to with JP productions. I was surprised with how good the output was for such an old game. Good thing they didn’t spare any expense there.

There is a very good game in here somewhere. The game’s comedy is in line with otaku culture, and it doesn’t take itself too seriously. It’s a game where the government types don’t want to use weapons against physically superior enemies just because firing guns would be too loud. Also, I can’t think of why any human would lose their will to fight just because their clothes got taken off… but here we are. The upgrade system is also very straightforward. You can decide to make a ridiculously powerful spoon if you want.

I can excuse the unnecessary censorship by having ‘some’ characters have a blue tint after losing clothes. I still think it just flat-out insults the player base. As if there’s something more to it than just comical fun. Sister’s room has appreciation mode and it’s strictly for interactions with your character’s little sister… and nothing more to it.

If anything else, this is the kind of game that’ll give you a Game Over within the first 5 minutes of the game. And sees you taking up an unassuming side mission for little pay, but unlocks an additional ending. It’s kinda random that way too.

AKIBA’S TRIP: Hellbound & Debriefed is more than your run-of-the-mill anime game. If you really look into it, you’ll find a challenging, yet flawed combat system. An entire series born from an urban legend with ties to the Hikikomori phenomenon in Japan. And an anime story complete with misunderstandings and pure intentions. The first one, I tolerate. The 2 after are reasons why you should be buying this game.

AKIBA’S TRIP: Hellbound & Debriefed – Review
Score Definition
You better have to choose if it’s worth spending your spare cash, because it might not be the game for you and it might be for others.
Pros
Charming its own way
Doesn't take itself too seriously
Multiple endings
Rebuilt visuals with improved audio
Cons
Janky combat
Unnecessary censorship
Still buggy at some places
Frustrating camera controls
6.5
Justified