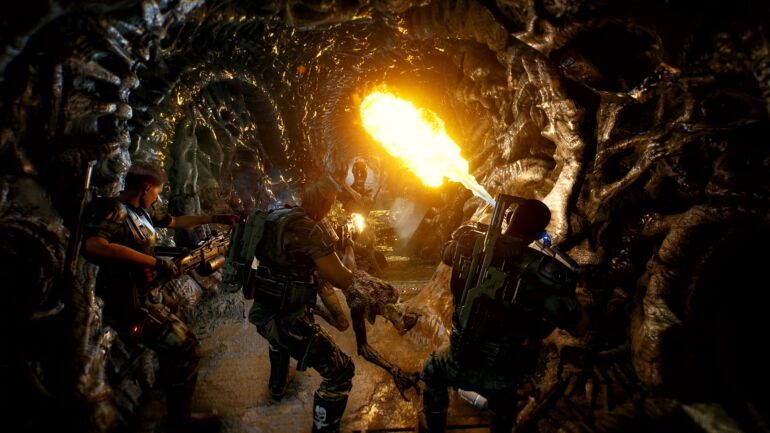 IGN’s Ryan McCaffrey recently teamed up with Cold Iron Studios CEO Craig Zinkievich and CCO Matt Highison in a 25 minute long playthrough of an early build of the game. The guys from Cold Iron Studios shared some details of what to expect in the game like the different Xenomorphs to face, the five unique classes to choose from, gameplay, and more.

There were several Xenomorphs that the team faced during the playthrough with some unique to the game like the Burster, Spitters, and more. There were also the classic ones like the Runners, Facehuggers, Jumpers, and other familiar Xenomorphs.

Players will be playing on third-person with three characters in a team. They can go with friends or with AI. Also each unique class will have their roles to play in a mission like this particular class is the only one that can open bolted doors, and so on. Fans will not be bored with just one location since there will be other areas to choose from

Aliens: Fireteam will be released in Summer 2021 for PC, PlayStation 4, PS5, Xbox One, and Xbox Series X/S.