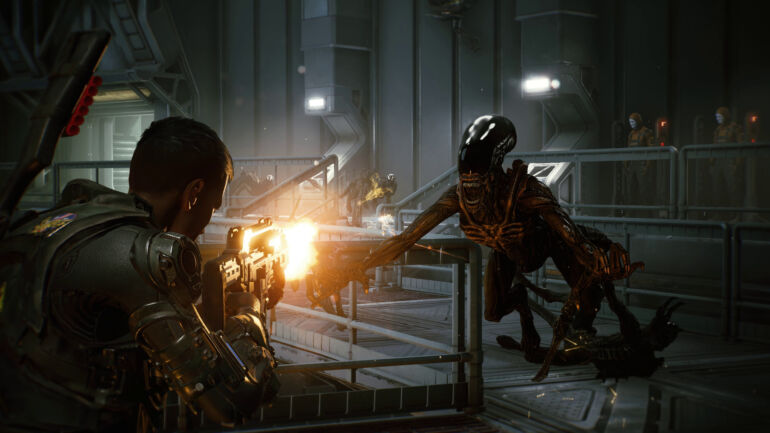 In upcoming game Aliens: Fireteam, there are several enemies to fight off in missions. Players could encounter the usual Xenomorphs, Facehuggers, and the new Synthetics. In this game, there are different types of Xenomorphs, which media outlet IGN got details from developer Cold Iron Studios.

Aliens: Fireteam Xenomorph types are six in total. Players will be facing the Runner, Drone, Praetorian, Prowler, Burster, and Spitter. Check out the images of each Xenomorph here courtesy of IGN.

Runners are the pack hunters, preferring to attack in large groups. They charge at their prey at high speeds and swipe at them with their sharp claws. They also use their tails to whip their enemies to death. The best way to deal with these speedsters are with shotgun shots.

Drones are considered the workers within the hive. They are also considered opportunistic hunters with the ability to navigate air shafts easily. They can move silently within the walls and burst out to seize and maul victims before they disappear again. Kill them on sight before they run away.

Praetorians are larger, stronger, and harder to kill with bulletproof armor head plate that is used to ram their victims to death. Players must focus their fire on this type in order to take it down.

Prowlers can leap on their prey and knock them down to the ground to be clawed or bitten. They are reddish in color. Always kill this first before the rest of the Xenomorphs swarm around to finish you off.

Bursters are dangerous when their skins are pierced with bullets. Nearby targets will be splashed with its acid so it is advised to shoot them up close.

Spitters prefer to keep their distance to shoot acid at their prey. They can also use their claws and teeth but their ability to stream acid from a distance is their strongest weapon.

Aliens: Fireteam will be released in Summer 2021 for PC, PlayStation 4, PS5, Xbox One, and Xbox Series X/S. Check out our hands-off review here.