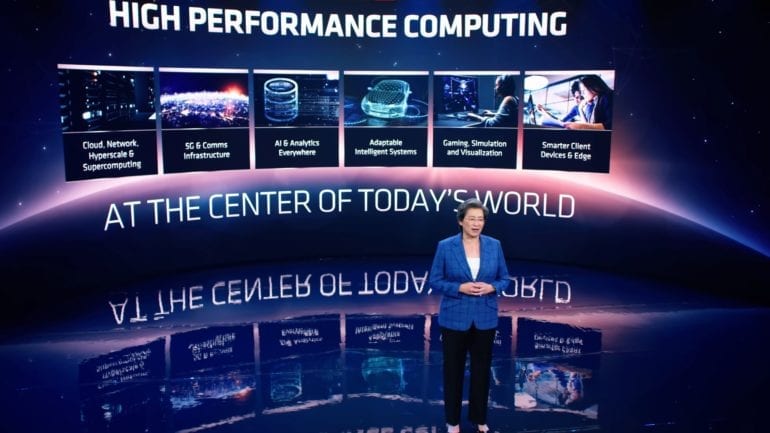 The system will be based on the HPE Cray EX supercomputer and will use a combination of the EPYC 7763 and EPYC 75F3 processors. The supercomputer is planned to be fully operational by 2022 and is expected to have a peak theoretical performance of 10 petaFLOPS, 8x faster than NSCC’s existing pool of HPC resources. Researchers will use the system to advance scientific research across biomedicine, genomics, diseases, climate, and more.

“AMD EPYC processors are the leading choice for the HPC research that makes an impact on the world, and that’s why they have been chosen to power Singapore’s most powerful supercomputer,” said Ram Peddibhotla, corporate vice president, AMD EPYC product management. “We’re excited to work with HPE and the National Supercomputing Centre Singapore to help unlock scientific discoveries across medicine, diseases, climate, engineering and more.”

EPYC by the Numbers

AMD EPYC has been engineered for data centers that rely on CPU performance and throughput. From hyper converged infrastructure, to database, to big data analytics to high performance computing, workloads have more cores to work with. AMD EPYC 7003 Series Processors scale from 8 to 64 cores (or 16 to 128 threads per socket). No other x86 server processor achieves this level of core density.

With AMD EPYC 7003, you get superior workload performance to deliver the resources your applications require.