Among Us New Map Teaser Revealed 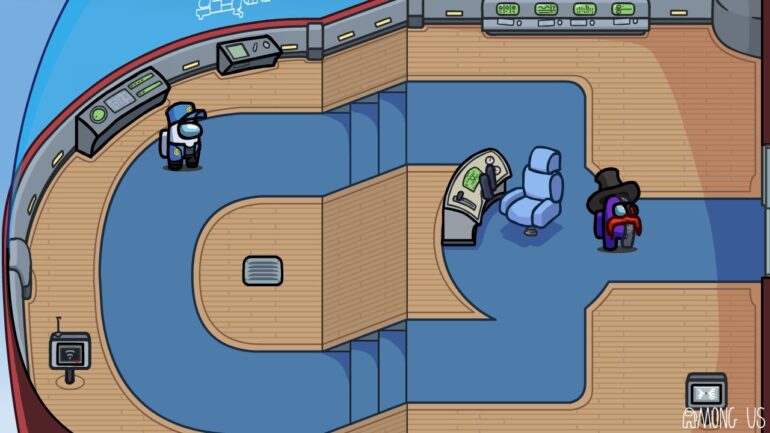 The developers recently posted an image on the game’s official Twitter account that could possibly be the next new map for the game. In a reply, they reveal that there will be more details coming on the upcoming The Game Awards 2020 on December 10.

The image of the upcoming new map looks to be part of the deck or control room of a large flying ship. The whole deck is encased in a big dome of glass and at the center is possibly where the pilot drives the whole thing. It also shows two characters with new looks.

This could be a very interesting map to try out since it has a really wide space and anything could happen.

Among Us is now available on Android, iOS, and PC via Steam.