Awaken this event by choosing as mech or monster! 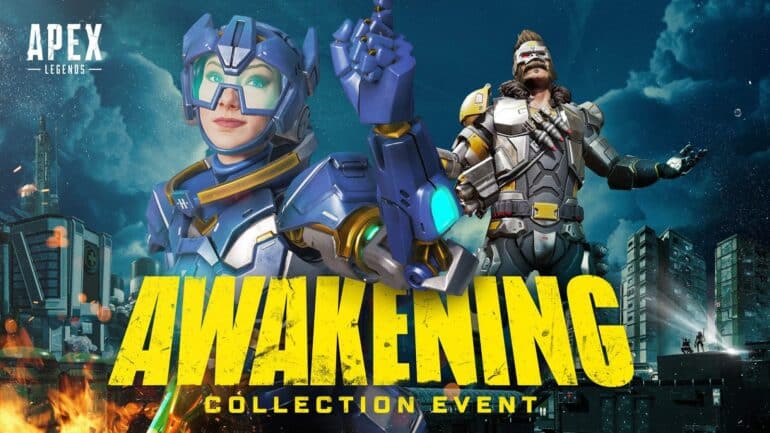 Respawn Entertainment has revealed the Apex Legends Awakening Collection Event and its details.

Lifeline’s Clinic is a new place to heal up and a state-of-the-art building and is in between the Gardens and Grow Towers. This is in the northeast corner of Olympus.

When entering the Clinic’s main floor, players will encounter the Med-bay. It will allow Legends to heal up with its automated healing system. Just stand on the platform to activate tether and attach to them. If the Med-bay is charged, players will get continuous healing. The holo-displays will show if someone is healing or if it is recharging.

Get some great loot at the Emergency Platform at the back and use the Care Package console located there.

Control Mode is back again and this time the World’s Edge will be joining the rotation with Olympus and Storm Point. Check out the new features that will be added to Control during the event:

The Awakening Collection Event introduces a new set of 24-themed, limited-time cosmetics. Some prime examples are Ash’s Existential Threat, Fuse’s Animal Instinct, and more. Get all 24 items via direct purchase and in Awakening Apex Packs for the whole event time. Get all 24 themed event-limited cosmetics to unlock the latest Heirloom: Valkyrie’s the Suzaku.

There will be a Special Offers tab that offers deals during the event.

This split’s reset is softer