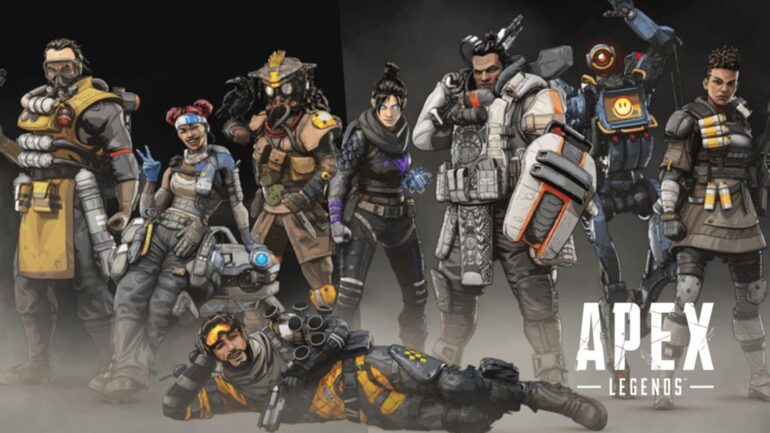 The leak comes from the subreddit R/ApexUncovered, which is dedicated to many leaks and datamines of the popular battle royale game Apex Legends. The files came in a folder that featured tons of leaked information about the future content it will add to the game. While the original source has been taken down, the contents have been copied and archived for others to download again.

Out of the nine new Legends, only Newcastle has a unique character model, which means he could be the next Legend to be added to the roster. The other characters are still in dummy models though.

The leak revealed several new Legend and weapons skins. The Legend skins looks futuristic with a color scheme of gold. Check out the skins of both Legends and weapons below:

The leak also reveals the new map called Divided Moon, which is currently in the early mid-stages of its development. The leaked video of the map shows the map’s bare look with pale colors, but it looks to be a whole different one compared to the default maps.

There is an update for King’s Canyon, according to the leak. Skull Town will be making a return, the cage will be changed, and the chokepoints will be improved.

There are several game modes planned in the future and one of those is similar to Capture the Flag. It will have its own unique maps as well.

The Firing Range will be changed with the following:

◉ Activate dummies with the push of a button.

Storm Point will have some slight changes like the mill getting completely reworked, and the norther and eastern sides getting some new buildings.

The leak revealed upcoming weapons and they look fun to use. Check out the details below:

⊛ Nemesis (Energy and Assault) looks next as it has an in-game model the rest do not.

Based on the video:

The leak showed the lore of character Bangalore and also the relationship between Loba and Bangalore. Check the video here.

Valkyrie and Crypto Heirlooms were leaked as well. Videos for the former and the latter can be viewed from the links.

No official confirmation yet from Respawn Entertainment, but we should be getting an announcement soon. Thanks to Flying Hippies Gaming for the videos!