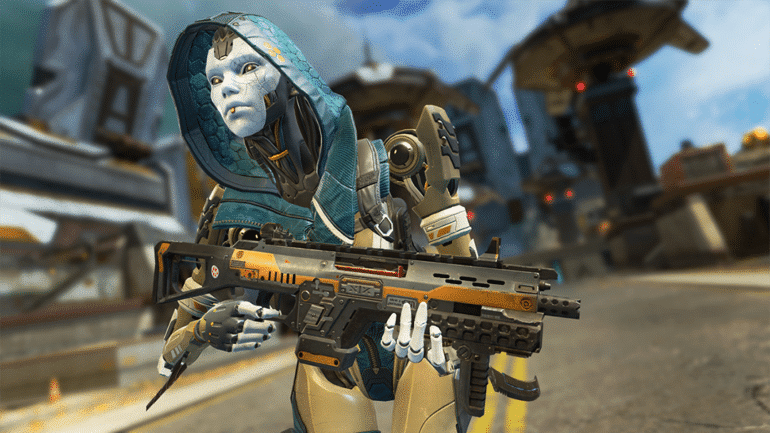 Season 11 of Apex Legends is now live, and it brings with it some significant changes to both new and existing weapons. Which weapons are the most effective in Apex Legends Season 11: Escape?

The arsenal of weapons available in Respawn’s Battle Royale continues to grow with each Season, with a total of 28 weapons competing for supremacy in Season 11. There have been a number of balance changes to the Apex Legends loot pool with the arrival of the new season, as there have been in previous seasons. At the start of Season 11, a brand new weapon, the C.A.R. SMG, was introduced to the mix.

Is the addition of the versatile C.A.R. SMG, which can switch between light and heavy ammo at the touch of a button, strong enough to shake up the weapon meta in Apex Legends Escape?

In the sections below, you’ll find our tier list of the best Apex Legends guns for Season 11, as well as detailed stat tables containing information on each weapon’s damage profiles, fire rates, and reload times. You should also become familiar with our tier system, which is as follows:

SS-Tier: Weapons that are included in the Supply Drop, pre-equipped with attachments and hop ups.

S-Tier: Weapon selections that we are confident in, regardless of what your teammates choose.

A- Tier: Top-tier weapons regardless of early, mid, and late picks.

B-Tier: Weapons that are serviceable and can have an impact on a match if they are used correctly, but can be replaced if better weapons are found.

C-Tier: Never main weapons but useful enough to be a secondary.

D-Tier: Only pick them up if you don’t have a choice.

So if you’re looking to gain a thorough understanding of how the various guns compare to one another in light of the most recent changes, you’ve come to the right place.

Here’s our compiled ranking of the best guns available in Apex Legends: Escape Season 11, from best to worst:

As of Apex Legends Season 10, the Alternator has transitioned from an early-game SMG to a true late-game terror. It can now be found in care packages and, thanks to the return of Disruptor Rounds, it will instantly melt enemies on contact. In the late game, it can even outperform assault rifles when it comes to tearing through enemies.

A quick refresher on the Season 11 weapon changes: G7 Scout has been introduced as a replacement for the Triple Take, which has been removed from Supply Drop this season. The Scout enters the Supply Drop with its old friend the Double-Tap Trigger equipped. Damage also increased for the G7 Scout from 34 to 36.

The Kraber.50-Cal Sniper uses Supply Drop Sniper Ammo. It is a Supply Drop Weapon and cannot be equipped with foreign ammo. It includes 8 backup rounds and a 6x-10x Variable Sniper scope. The Kraber is nerfed to compensate for the chances of getting more on the map in Season 11 but it is still a beast in Apex Legends.

In a dangerous situation, you need a dangerous, flexible weapon: the C.A.R. SMG. The Combat Advanced Round submachine gun is fully automatic and accepts either Light or Heavy mags. This hybrid weapon is the best of both worlds for when you’re ready to take a stand and become the island’s most dangerous thing.

The Eva-8 Auto’s fire rate has been reduced from 2.1 to 2.0. Although devs reduced the bolt scaling they have done in previous passes, the EVA-8 is still outperforming the shotgun pack.

Flatline has been removed from Fully Kitted Rotation.

When it comes to weapons in Apex Legends, you’ll find that the gold weapons are some of the best you’ll find because they come with the best attachments you’ll be able to find for that gun right when you find it. Because of this, you won’t have to waste time running around the map looking for other pieces of equipment that will give you an advantage over your opponents. Seasonal rotations of gold weapons are in effect for Apex Legends Season 11: Escape, and there is a new rotation for this season.

R-301 Carbine is among the weapons added to Fully Kitted Rotation this season.

Fully kitted weapons will not always be present during your Apex Legends matches, but being aware of the options available to you is equally as important. If you’re looking for fully kitted gold weapons on the Apex Legends map, look for them in locations that have high-tier loot, such as the Hot Zone on your particular map.

Because the exact location of the hot zone changes from match to match, you’ll need to adjust your strategy in accordance with its location. However, if you want a chance at potentially acquiring one of these gold weapons for your arsenal, you’ll have to venture out there with your squad and either claim it first or eliminate the team that did so before you.

Rampage has been removed from Fully Kitted Rotation.

According to the Devs, the L-STAR has been a formidable opponent the previous season, so this season they are aiming to reduce its projectile size and damage.

Charge Rifle has been removed from Fully Kitted Rotation.

Mastiff has been added to Fully Kitted Rotation. Dual Shell hop ups doubles each round loaded into the Mastiff.

Longbow has been added to Fully Kitted Rotation. However, Damage has been reduced from 60 to 55. Devs are reverting a recent Longbow buff. They wanted to give it some love after all the recent Marksman updates, but the Longbow seemed fine.

Supply drop no longer spawns gold RE-45 in Arenas. And the RE-45 has been removed from Fully Kitted Rotation this season.

30-30 Repeater has been added to Fully Kitted Rotation. Dual Shell hop ups doubles each round loaded into the 30-30 Repeater.