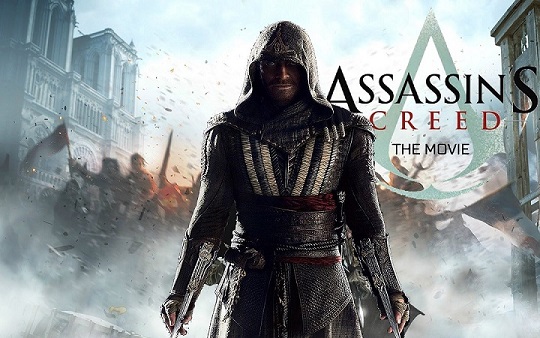 Assassin’s Creed is a movie that is loosely based from the game of the same name. It pales in comparison to the greatness and overall plot of what the game has to offer but as a standalone movie it slightly does well on its own.

As a fan of the video game, I cannot help but compare the many things that differentiate the movie from the game. I would either geek out all over it or groan at the fact that they sadly did not meet my expectations when it came to what certain things were supposed to be. A major forewarning dear readers, this review may or may not contain major spoilers from the movie or the game so please proceed with caution. Jump over to the last paragraph if you’d rather want to avoid major plot points from the movie. 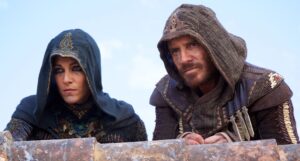 The movie starts out with the main character’s alter ego Aguilar being initiated into the Brotherhood of the Assassins. I loved this part very much and I enjoyed the fact that they expanded what the Assassin’s Creed meant. “Nothing is true, everything is permitted…” I was getting goosebumps and got excited as to what is to come of the movie just hearing those words come alive on screen. I was a little confused though as to why they still had to cut his ring finger. If I’m not mistaken, this era happened after the fact that Leonardo Da Vinci figured out how to make a hidden blade without having for it to hit the ring finger. Maybe his inventions didn’t reach Spain? I’m not too sure but let’s put it at that.

It then introduces us to our modern day hero/deathrow inmate Callum Lynch. The movie never really gave us a relatable backstory for the main character and how he became to be. It actually felt like they were rushing his origins to get us moving to what the movie is all about. I get that an origin story should not overshadow the overarching plot of the movie but there was really nothing for me to feel attached to the main character nor I would feel that he is a character worth rooting for.

The plot does explain to us that the reason as to why he was captured by Abstergo, a tech organization run by Templars, was to find out the whereabouts of the Apple of Eden. An ancient artifact that holds great power that can turn the tides of battle overwhelmingly. The movie didn’t really explain the immense capability of this artifact which I believe they needed to emphasize. What we instead get was just a theatrical display of lights from a device that looked like a toy. And this I believe, is where the movie ends its comparison to the game.

They overhauled the Animus where it became a robotic armlike device that attaches itself to a person’s waist. Giving the person enough room to enact the experiences that he sees inside the Animus. The Animus is a device that lets a person experience someone’s past life by rooting itself to your genetic code. The bad side though is that it induces hallucination, which is called the Bleeding Effect, making you see visions of the past life you just experienced and making it feel real. One thing I also didn’t like is the fact that the movie gives us a cliffhanger, with no closure or whatever as to how the movie was supposed to end giving us an open-ended feeling that there is more to come. 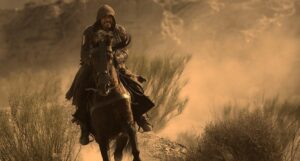 Michael Fassbender was a perfect fit to play the part of Callum/Aguilar. He was part villain, part hero and the way he portrays it is just so cool that you can believe that he is someone capable of doing all of it. I don’t really remember Marion Cotillard on all her other movies but I think she was a good addition to the movie as the scientist that assists Fassbender in reliving his memories. You can really tell from her facial expressions how torn she is with what she’s doing and what Abstergo wants her to do. Jeremy Irons as the Grand Master Templar is somewhat believable as the villain but I wish there was more to him than just someone who is defenseless against an Assassin. I mean do they not read their history lessons about the Apples of Eden? They are very powerful artifacts and yet we never saw its capability in the movie. That’s why I said the Apple became a cheap party trick when it’s supposed to command thousands of people, including their enemies, to do their bidding.

They did really well in matching the setting to the plot. The spanish era was exquisitely defined from the clothes that the people wore right down to their accent. The introduction to the Creed was a great precursor as to how the overall feel of the movie was going to be. That this was not going to be a fun ride but instead a movie about bloodshed and killings. It is not hard to distinguish the past from the present as they make use of lighting as an indicator. The past is being indicated by light golden hues while the present is presented in blue-toned hues. The climax of the story was presented in hues of golden orange which seemed like they were presenting the clash of past and present in one scene. You can also see the use of lighting to indicate the protagonists from the antagonists. Heroes were casted in light-shaded areas of the scene, while the villains are cast off into the shades of darkness giving them that ominous feel. I exceptionally enjoyed the fight scenes and the perfect use of parkour where it’s warranted. They delivered well on that front and I couldn’t have asked for more as my inner assassin was satisfied by this display of skill. 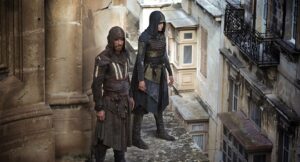 Sound was a good deal because it was important to highlight a scene. That ever-rising tempo that signals the beginnings of a fight. The cry of the hawk when Aguilar does the Leap of Faith. That rush that you hear as Callum dives into the Animus. All these sounds are perfectly placed which makes you enjoy the scenes as they are presented. It really gives you that adrenaline rush with their choice of sounds as we see Callum/Aguilar doing assasination techniques on their enemies. Or that tense moment that he has with his father that makes you anticipate on what he was going to do.

As a gamer who have lived through all of Desmond’s ancestors, I enjoyed having a new addition to the Assassin’s Creed family. As a moviegoer though, I felt like I was taken through a ride that only gamers would understand. I wish they were better at explaining things to the audience rather than wow us with the fight scenes and the theatrics. I wish that even though they did provide a lot of easter eggs for those of us who played the game that they would at least made it enjoyable for the common moviegoer as well. It is not a bad movie, don’t get me wrong, but as a movie being compared to a game that has established a lot of lore and history, I simply cannot accept that they failed to deliver what would have impressed all of the audience.