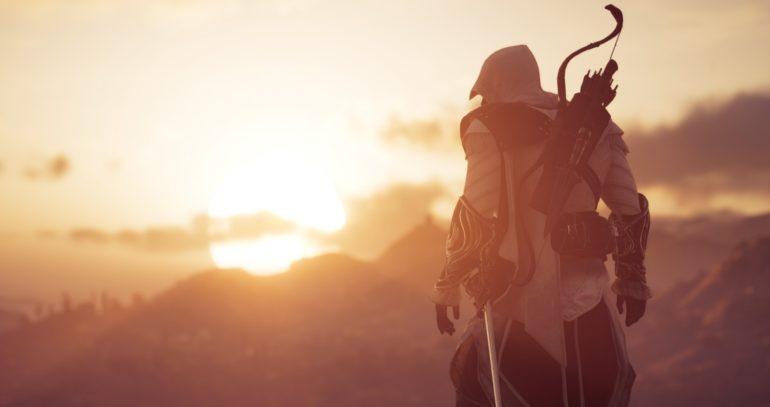 This game got a sleuth of updates through the months after it launched almost two years ago: extra story chapters, crazy bosses, and that awesome historical Discovery Tour mode. And all of those were free to download. There were also two expansions that greatly expanded the story. It featured more hours to enjoy.

That is just recently, a surprise update was revealed by Ubisoft. This was a hefy piece of patch because it had a size of 4GB and for good reason: it contained some new armor to try out. This new armor set would allow protagonists Kassandra and Alexios to wear the outfit of Ezio Auditore, one of the iconic heroes of the previous trilogy, Assassin’s Creed II. The armor set specifically allows players to dress up the Brotherhood outfit version.

Ubisoft is making a mystery about unlocking the damn armor set too, just to give players a challenge. Players say that the armor description in the Ubisoft Club app says that it can be unlocked via a community challenge in an unspecified location. Just great, Ubisoft, as usual.

On reddit, as if to rub it on the fans’ noses, community manger domvgt wrote that they will have to wait for more details to come later on. Welp, everyone will have to be patient then.

Aside from the awesome new armor set, the update also fixed some problems from the previous version of the game.

Speculations are still in the air about the one talking about a Viking-era title will be coming soon for the franchise, but no solid information as of yet. For now, let us enjoy this juicy morsel of an update and play the game again.