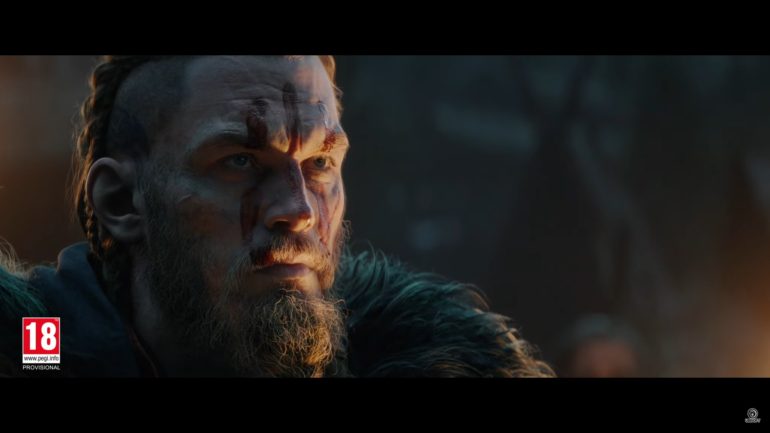 Assassins Creed Valhalla premiere trailer just dropped a few minutes earlier than expected, and there is so much to break down.

The first few scenes of Valhalla features the life of a Viking and in this game, it pretty much disproves what they were accused of. They were not the heartless barbarians that many people thought they were in those times, they were actually loved their families. They were also very religious especially with Norse religion. Sure, they raided towns and villages from time to time, but the innocent women and children were spared. They also built villages of their own and had families, building farmlands and more.

These rumors prompted the king featured in the trailer to go to war with the Vikings. They were a strong lot, but not immortals. They fought against the suppressors and the main protagonist of this story, Eivor, challenges one of the strongest knights from the enemy army. In a surprise turn, he kills the giant with a (surprise, surprise) hidden blade. So yes, this is the assassin in Valhalla. It was also confirmed that you can play as male or female Eivor and the choices you make will shape Valhalla’s game world as you proceed through the story.

Even though this was presented on an Xbox format trailer, it is confirmed that it will launch PlayStation 4, PlayStation 5, Xbox One, and Xbox Series X. It will also launch on Google Stadia and PC. It will be available sometime in holiday 2020.

Here is the official premiere trailer: