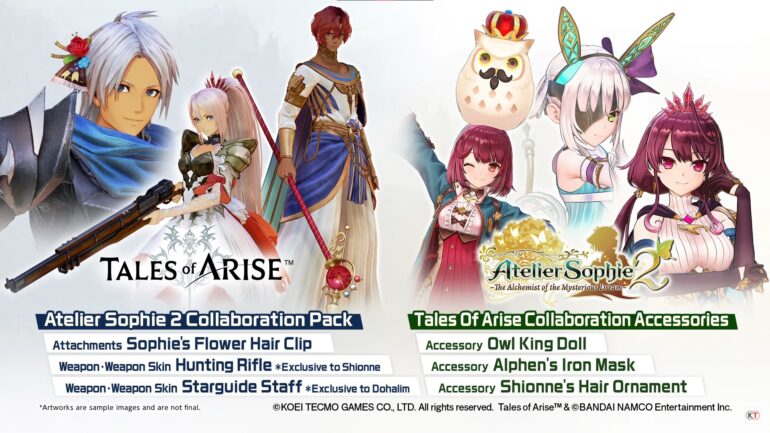 Atelier Sophie 2 fans will be able to enjoy new content for the game as Koei Tecmo releases collaboration DLCs for the game coming from Tales of Arise. The latter also got new crossover DLCs as well.

All crossover DLCs are now available for free for both games.