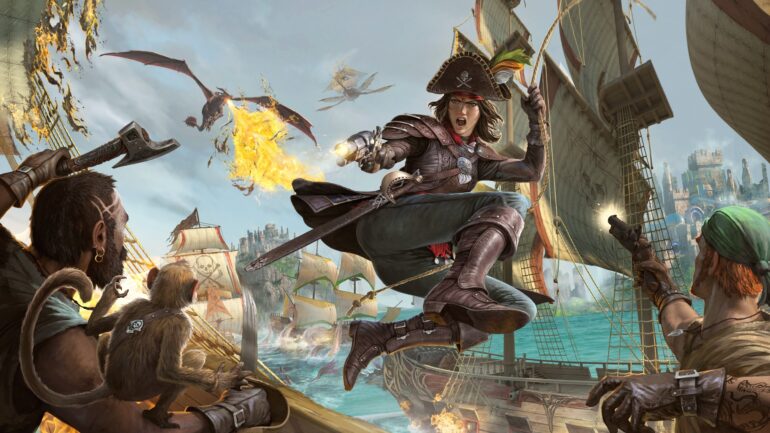 The newest update has added a new feature to the upcoming Trade System called the Sea Forts. These tower structures will be a form of Control Point that give Companies control over trading in an area. There are other necessary Trade System features like Farmhouses and Warehouses that are already active in the game with Markets and Trade Routes coming later. When this gets completed the Trade System will allow an automated exchange of goods among players across the game map.

The ‘Ships for Gold’ system will be rolled out after the Trade System. A Sneak Peek at our progress on the first ship that will be available for players to buy with gold – The Ramming Ship! Concept Art seen here!

ATLAS pirates will stake their claim in this vast open world while endeavoring to construct custom ships, search for buried treasure, siege and conquer fortresses, plunder traveling merchants, then recruit a crew to join their powerful Armada and engage in the ultimate quest for fortune and glory! ATLAS has full cross-platform support, allowing Xbox and Steam PC players to battle together in the same gigantic world.

Atlas is now available on PC and Xbox One.