The teaser will be shown later on. 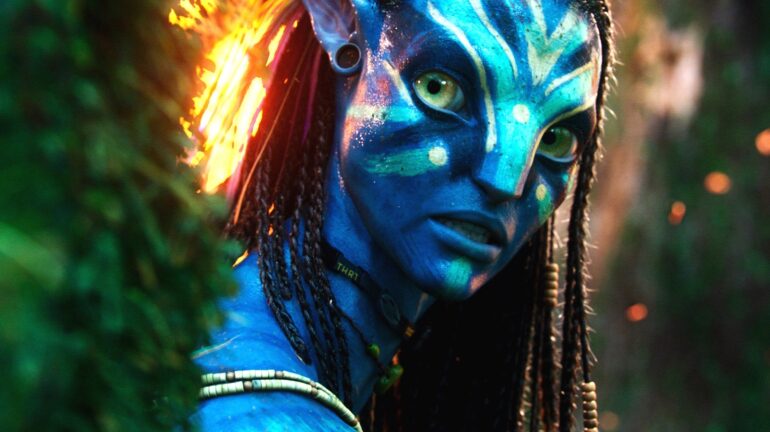 Disney has now unveiled the official full title of the Avatar 2 sequel.

According to Disney, the sequel is now known as Avatar The Way of the Water. The 20th Century Studios sci-fi adventure is set to release overseas on December 14, 2022 and will be on North America on December 16, 2022.

The first teaser was unveiled at CinemaCon recently and Producer Jon Landau came in from New Zealand for the Disney presentation there. There is still no footage of the teaser trailer online, but it will be released a week later after it is shown in cinemas airing Marvel’s Doctor Strange in the Multiverse of Madness.

“One of the strengths of Jim Cameron’s scripts is they are always universal and relatable themes that he weaves into them,” said Landau.

“At the center of each of the four sequels will be the Sully family. Each story will be a stand-alone and each will come to its own conclusion,” he added. There will be a “fulfilling resolution to each film, but when looked at as a whole the journey across all four will create a larger epic saga.”

“The journey across all four movies will create a connected saga,” said Landau. “To achieve our goals, we need a strong partnership with you and the studio … an end-to-end community.”

Landau revealed that he is now hard at work putting the final touches on the upcoming film. He also added that the new films will push the limits even farther with high frame rate, higher resolution 3D and greater reality in visual effects. He wanted the return to Pandora to be “special.” He also said that every shot in the film is designed for the biggest screen, highest resolution, and most immersive 3D available.

Movie goers who are planning to watch Marvel’s Doctor Strange in the Multiverse of Madness will be able to see the Avatar 2 trailer too, starting May 4, 2022 internationally and May 6, 2022 in the US.

In the sequel, Jake Sully is now living with his new family on the planet of Pandora. A familiar threat comes back to finish what it previously started, which now prompts Jake to work with Neytiri and the army of the Na’vi race to protect the planet they live in.

According to media outlet Deadline, the new trailer will set the sequel in and around the ocean. Sully and Neytiri have now started a family with children. They praised the new trailer as the visuals are “jaw-dropping” with deep-blue colors compared to the original film. There are new creatures to see and it shows Na’Vi riding on flying fish bird creatures, she communes with a whale, but their race is divided. Lastly, it is shown that their race is now battling against each other with guns and arrows.