Battle of Exclusives: Will Sony Take The 2017 Crown? 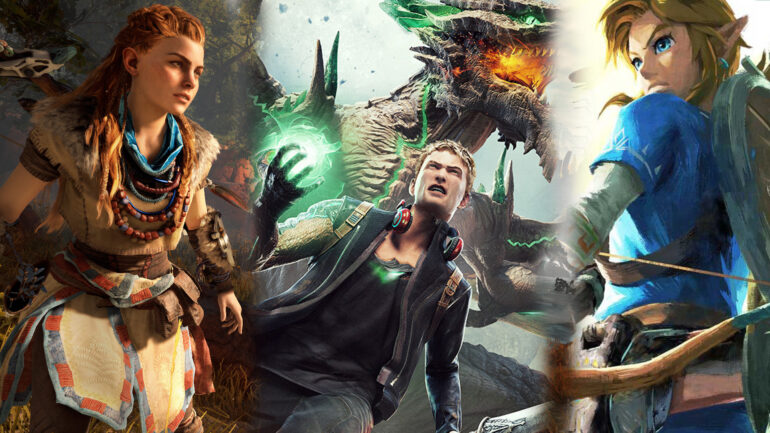 We have officially entered the year of 2017, and the games are getting stronger, bigger, and better. Last year, we’ve seen how Naughty Dog drove their story-telling in games with Uncharted 4: A Thief’s End. Even Microsoft’s first-party studio, The Coalition, released the fourth installment of the Gears franchise, and it was hell of a third-person shooter with a decent narrative.

Then Sony’s other exclusive, Ratchet & Clank, got a reboot with improved visuals that looked more like a Pixar movie, and still gave us a solid action-adventure platformer game that we all knew and loved. Let’s not forget about Microsoft’s most successful racing game to date that delivered mind-blowing visuals and fun gameplay experience, Forza Horizon 3.

With only a small amount of games that have confirmed release dates this year, it’s quite early to tell if Sony will take the crown. Microsoft lacked exclusives last year, and that one of those exclusive was a disappointment – ReCore. It was the most anticipated adventure game for the Xbox One, but it was plagued with bugs and long loading times.

When Sony revealed their upcoming games in PlayStation Experience, everyone was filled with joy and excitement when The Last Of Us Part II was announced. A remastered version of Crash Bandicoot was also announced, and a standalone Uncharted game: The Lost Legacy. Both of Crash and Uncharted are slated to be released this year, but there are no specific dates yet. However, games like Nier: Automata (Mar. 8), Horizon: Zero Dawn (Feb. 28), and Gravity Rush 2 (Jan. 20) have confirmed release dates in the first quarter of 2017.

Knowing that Sony has the knack of delaying games for polishing and making sure that they get most of the sales, delays are more likely to happen and we hope that it wouldn’t. Let’s take a look back on Horizon: Zero Dawn’s launch date. Guerilla Games’ first third-person adventure game was supposed to be a 2016 title, but it was pushed back to February 28, 2017 to polish the game.

Microsoft’s side, however, has a lot of potential exclusive games up in their sleeves. They also have their own remastered game releasing this year, Vodoo Vince Remaster – originally released on the first Xbox. Platinum Games’ Scalebound is one impressive action RPG that features the bond between a man and his dragon. But Platinum Games has not been consistent with their quality of games – their Teenage Ninja Turtles: Mutants In Manhattan was a disappointment. Hopefully, Scalebound will be different. Halo Wars 2 is slated to be released on February 21, 2017. Crackdown 3 and Sea of Thieves are also slated to be released this year too. Xbox One’s exclusive games list in the first quarter of 2017 is obviously weak, but we may be surprised by Microsoft in this year’s Electronic Entertainment Expo (E3).

Going to Nintendo’s side of exclusives, there is no new announcement of exclusive games coming to the Switch aside from The Legend Of Zelda: Breath of the Wild. We may need to wait for Nintendo’s showcase of the Switch this January 12.

It was a year full of great exclusives in 2016, and that Sony surely took the spot last year. Now, would 2017 be another year Sony will take? Will the tides turn when Microsoft will reveal their exclusives by E3 2017? Or will Nintendo’s Switch exclusives surprise us this year?

Let us know what you guys think in the comments!