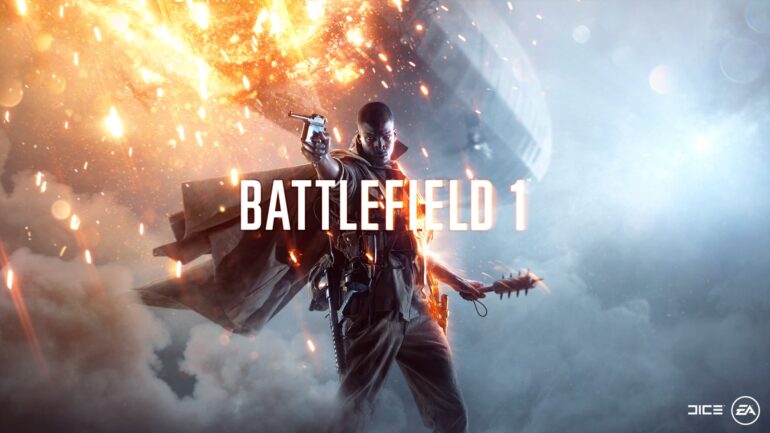 A century ago, an event called the war to end all wars occurred. It was fought in the fields of France, the mountains of Italy, the deserts of Persia, and it even took the fight to the skies. It started small and grew big from the cascading effect of various treaties dragging nation after nation into war. For a long four years, both major and minor nations fought it out, losing an innumerable amount of lives throughout. It was a war where everyone thought they were fighting the just fight that the other side was wrong and we are right. At the end of the day, it was war and each soldier from every side has seen the horrors of it.

Battlefield 1 is not the first Battlefield game; in fact, if counting all the games in the series it would be the 15th game. But odd naming aside, what does the newest installment to the Battlefield franchise have to offer? Many were correct to be wary of this new entry as DICE’s previous releases have been plagued with game breaking bugs and connectivity issues, but they seem to have finally learned their lesson this time.

In Battlefield 1, you cannot work alone. Teamwork is not a new idea to the Battlefield series as it is a core concept of the game, but when you can feel the mortality of your soldier it does get to you. You cannot do everything, your teammates cannot do everything, that tank on your team is probably going to get blown up since it is all alone by itself; everyone has a hard limit to what they can do by themselves.

There are still four basic classes in the game: Assault, Medic, Support and Scout. As Battlefield fans may have noticed there has been a separation between the Assault and Medic, and the Engineer is long gone. The Assault is now given the Engineer’s job of destroying armored vehicles and close-range firepower. The Engineer’s repair tool on the other hand goes to the Support, an additional responsibility from the primary job of resupplying ammunition to teammates. The Medic is self-explanatory: it is the healer and revive class, and has a mid-range semi-automatic or slow firing automatic rifle. Then there is the Scout, nothing changed about it, it is still equipped with a sniper rifle and has tools meant for spotting enemies.

New to the series are now dedicated classes depending on the type of vehicle selected. A Tank Crew comes in from spawning with a tank, a Pilot with any airplane and lastly the Cavalry Man from selecting to ride a horse, yes a horse. Additionally, the game now special classes which can only be obtained from picking up special kits that spawn on the map, but be forewarned once you don their kit you will have to live with it until you respawn.

The special kits come in three flavors: tank hunter, flamethrower and heavy gunner. They do take more damage than the average infantry, but are not overpowered since each class has a hard counter and can be easily taken down by a coordinated team. Even tanks cannot stand by themselves, as they can be overwhelmed by the repeated attacks to take it down. It is interesting balance, particularly for vehicles like tanks. For one thing they are fearsome and hard to kill, but with mass off Assault soldiers rushing in lobbing anti-tank grenades and firing crude anti-tank rockets it can go up in a fire ball in a matter of seconds. This same rule applies also when countering the lumbering Behemoth vehicles given to a losing team, simply tackling the problem as a team eliminate the problem. The only thing overpowered in Battlefield 1 is teamwork.

The weapons in the game are varied, but mostly compose of different variations of the same gun. The game breaks the various guns into different variations, one variation for example gives you better hipfire ability at the price of poor recoil control, another gives you a small optic giving better accuracy but has poor hipfire. It might seem lazy to simply just take a weapon model, tweak it a bit and just mess with the stats yet this is not the case. What this change does is address balance issues in previous Battlefield games where there was always a go-to gun useful in most situations, instead are given a choice: do you want to sacrifice some stats for an optic on the gun? Do you want to be effective at close range but lose most of your mid-range accuracy? It becomes less of the best weapon for everything and focuses on the best weapon for how you want to play.

As for personalizing your weapons, you can choose what kind of sight you have, control how much magnification the sight gives, adjust the weapon’s recoil pattern to suit how you compensate for it, add or remove the bayonet from it, and lastly apply weapon skins which are earned from Battlepacks. I believe we can see how deep that customization actually is as you can tweak it to you absolute liking and admittedly is a way to keep in era with analog gadgets.

To wrap up with weapons, outside of the bolt-action rifles which are reserved only for the Scout class, the weapons are not accurate. This harks back to a time when gun design and manufacturing process was crude and everyone was still finding ways to kill the other person better. They are not musket accuracy bad where you have to fire a volley to assure to at least hit something or someone, yet they are not the user-centered designed assault rifles whose very purpose is to be as accurate as engineering possible. This intentional inaccuracy changes the time to kill in an instant and with each bullet being rendered in real time compared to hit-scan, dodging is very viable and surviving every engagement just brings you back to that mortality I said early.

You can die, but you can also be that lucky guy who survives and fights on. No more ability to Rambo an enemy team and get away with it, you would probably get as far as two to three before being put down. At the same time, these weapons feel powerful and authentic. The hefty sounds of the gun firing and cycling the next round which is used in combination with the solid animations.

This same sound design has been a big thing in Battlefield since the introduction of the Frostbite engine in Bad Company, and ever since the ante has been going up and up each new Battlefield release. The authentic sound is not only limited to weapons, but sound stage in general. Explosions, gunfire and shouts heard in the distance are muffled but easily recognizable. Close your eyes and hear: you can feel you are there. I am pinned down in a house under fire from all sides, I am charging up a hill with soldiers by my side, I am in a tank firing its machine gun desperately at oncoming infantry, I am in a plane twisting and turning in a dance of death against another.

Married to this package is the visuals that the Frostbite 3.0 engine brings to the table. If you want an example, you can look at Star Wars Battlefront, not a good game generally, but visually stunning. Take a look at Endor from Battlefront and compare it to the map Argonne in Battlefield 1: a lush forest area teeming with different kinds of plant life and trees. There is no question about the visuals and the sound of the game, both of them are perfectly married to each other.

Each of the 10 maps in multiplayer takes advantage of this raw visual and sound fidelity to get the most of it, along with the return of destructibility the likes of which was last seen in Bad Company 2. In several maps you are free to level entire towns, and while there are some things you cannot fully destroy, it is still a good to see the intensity of the fighting reflected in the surrounding areas. The map design has also improved, giving more flow and options, although there are still some pretty stale or uninteresting maps the original offering is solid mix.

Maps like Argonne and Suez tight affairs yet they are not as stuck up as Operation Metro or Locker Room in the previous Battlefield games. You also have interesting locales like Monte Grappa where you are fighting in the Alps of Italy, Ballroom Blitz in a soon to be bombed out Chateau in the French countryside, to the sands in Sinai Desert, you are travelling the world.

Mixing it all up in the unique Behemoth vehicle available on certain maps, some maps would get the Armored Train, others an Airship and those with big areas of water would have a Dreadnaught. Menacing and bringing considerable fire power to the table, but they are not too hard to bring down. I would believe most of the maps are smaller than Battlefield 4’s yet this is not a hindrance as you see there was way more thought given to each individual map. One can hope than in the maps to come from the expansions we can see more of this thoughtful design.

While Battlefield’s main draw has always been its multiplayer aspect, Battlefield 1 has a campaign mode dubbed War Story. Each of the five stories are set in different places throughout the conflict, each with their own unique characters. This is to show that the war was not just only in the trenches of France, but around the world. A nice touch, but some fronts are admittedly missing such as the Eastern Front. That aside, each story has a strong narrative which is meant to showcase the war in both its glory and horror, then we run into a problem.

The story is fine I would say, but the execution of it is the problem. The narrative paints the picture that you are just a small entity in a big war, a mere mortal with other mortals, but then the complete opposite happens. You have stories of drama an inner struggles, but then Hollywood action kicks in and it just becomes awkward and confusing. What is trying to be told here? The story of men or heroes? I can live with an unreliable narrator, but somber words and mowing down hundreds of infantry in an unrealistic steel armored suit? I cannot. That said, it is worth a onetime playthrough or more if you really want to collect the field journals scattered throughout each story.

That said, Battlefield 1 is posed to be the best multiplayer experience this 2016. It has brought back the uniqueness that made Battlefield special in the first place that was missing the past couple games: a sense of complexity and realism yet simple to pick up and play. No words can describe how good of a Battlefield game this is, excellent does not cut it. Not only does it play well, it runs very well on a wide range of systems and still amazing. I recommend you do not skip this game. To those out there still unsure, or those who still question that this is just another re-skinned Battlefield 4, this game is worth it and is not a re-skin. It is a full worthy entry to the main Battlefield game line-up.

This review is based on a retail copy purchased by the reviewer.