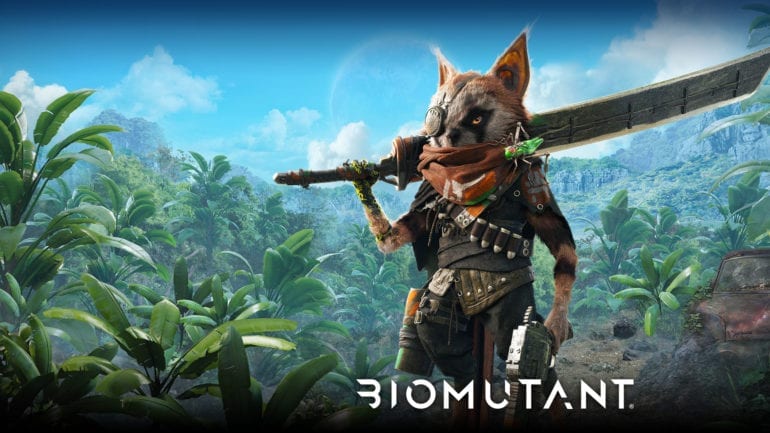 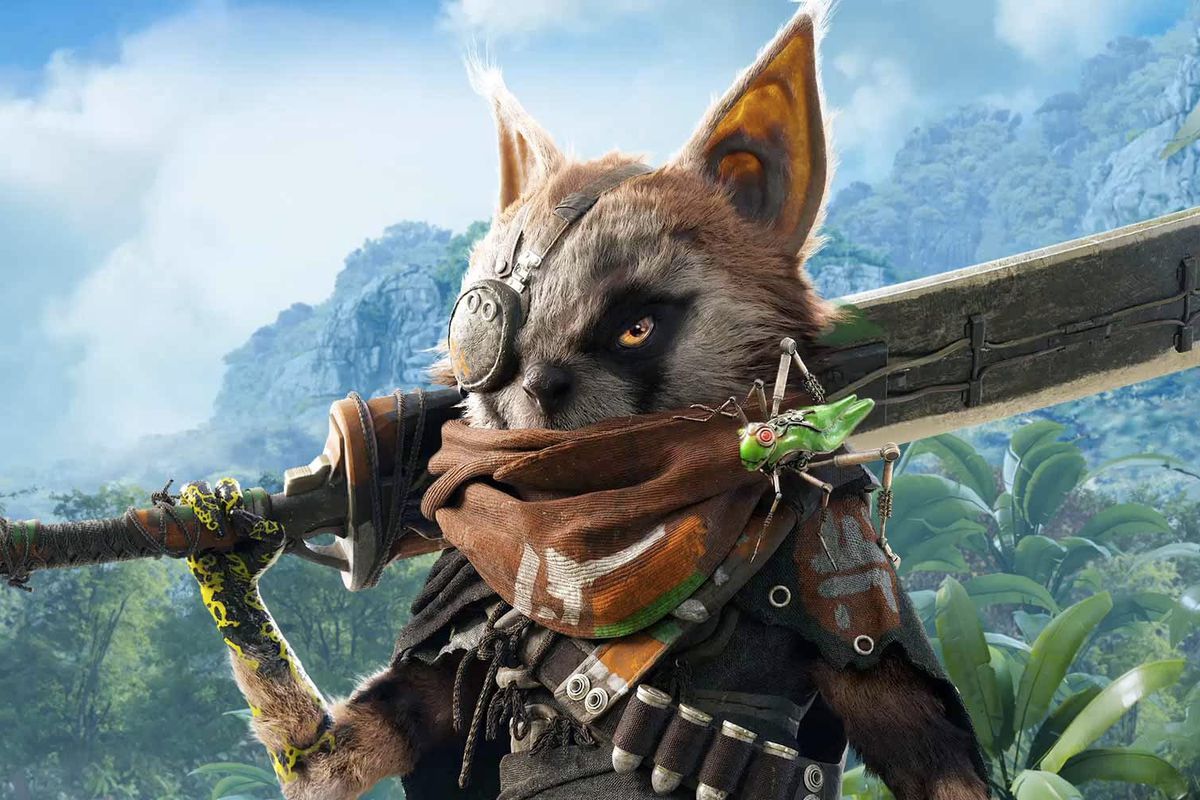 It is difficult to find a more unique and exciting concept for a new video game than Biomutant in 2021. A post-apocalypse where humans have gone extinct thanks to their own waste and destruction of the world; in their wake rise mutated mammals that have inherited the Earth and created societies and factions on top of the waste and ruin of humans long ago.

You play as a lone ronin that has forgotten most of their past but now wanders this sludge-infested Earth, beating down every mutated baddie they can find thanks to some impressive kung-fu skills. The Tree of Life is dying, various tribes are at war and it is up to you to unite and save the world or even help destroy it all. Swedish studio Experiment 101 takes bits and pieces from many games and attempts to merge them all into Biomutant’s DNA, but instead of helping evolve the action RPG genre Experiment 101 creates a rather dull and half-baked game.

One of Biomutant’s most unique features is that the entire game has one narrator and it is his duty to translate everything around you during your journey in Biomutant. The feeling of having a kung fu fable be told to you is very charming and you can see Experiment 101 was inspired by Fable and Bastion, but it ends up being to Biomutant’s detriment and creates a very shallow story experience as the weak writing starts to seep through the cracks as the game progresses.

Every NPC encounter has the narrator translating exposition and character motivation in a way that feels like the developers simply needed a vehicle to drive the gameplay. It is always “go here, fight enemies, grab this MacGuffin” with just a bit of character building in it but hardly ever enough to get you motivated. Your own dialogue choices are practically meaningless besides a few persuasive options that do allow you to end conflicts peacefully but only at certain points in the story. The narrator makes it difficult to sink your teeth into the story of Biomutant when you feel like you are handed a checklist of things you have to do next, and heavy-handedly explains why it is important that you do them instead of being given a proper incentive due to strong writing and interesting characters.

Biomutant’s story is more of a list of chores than anything. There is also a good aura and bad aura mechanic that is dictated by the choices you make throughout the story. Decision-making comes down to simply a good choice or a bad choice; there is no nuance and at no point in the story did I think that the bad choice was compelling in any way aside from the fact that I just wanted to get the bad ending. At best, the story and the decisions you make in the game are serviceable and exist to get you to the real meat and potatoes of the game which is the combat.

Biomutant does find proper footing in its gameplay and combat despite a weak story. Right at the beginning of your journey, the game presents a robust character creation screen where the stats you choose directly influence how your biomutant looks and how you will play. Want to go heavy on dexterity? Well, now your mutant is thin and agile with a smaller hitbox to get the advantage of evading. Want to pour every point into intellect? Well, now your biomutant has a head so comically large that you’ll start to believe it only learned martial arts to fend off its elementary school bullies. Seeing your biomutant be personalized to your desired stats makes a build feel unique and adds depth to role-playing, however, your initial build stats never constrain you into one playstyle.

Experiment 101 wants you to play however you want to play the game. There is complete freedom to swap loadouts whenever you like and if you want to spec into multiple weapon types you can do so. The amount of combinations in loadouts and playstyles is more than enough to keep you entertained throughout the game. Find what is the most fun for you and go for it.

Despite the strong character creation, combat is a mixed bag in Biomutant. When at its best, a combat encounter plays out like a ballet of martial arts, with all the dodging and parrying mechanics you would come to expect from a melee game in 2021. Toss in some gun-fu gameplay with a sprinkle of Max Payne bullet time and you’ve got the makings of an excellent combat system. However, some glaring oversights are present in the final version of the game, namely a lack of a lock-on system. Biomutant’s combat can get hectic pretty quick.

Enemies move quickly, use jump attacks where they fly from one side of the screen to the other and enemies generally attack in groups. I constantly saw myself fighting with the camera during combat, consequently missing combos by a hair because the camera wasn’t at just the right spot after an enemy unleashed a whirlwind attack that I had to first dodge and then retaliate against before I got whacked by its next move. Rarely was I reaching that slick flow-state of combat that is typically had in these types of games and makes them so satisfying to play. Other video games like Ghost of Tsushima are fine without a lock-on mechanic as the enemies are a little slower and more predictable, and generally not a 10-foot tall bear mutant that leaps across the screen. The lack of a lock-on system makes Biomutant needlessly clunky and when coupled with some spongy enemies combat is a real slog at points.

The main story missions are essentially prolonged fetch quests to build up a new machine to help you fight one of four world eaters in almost a Breath of the Wild game structure but it hardly strays from that formula. As stated previously, most missions are just MacGuffin obtaining quests. One of the biggest disappointments in Biomutant is the set-piece world eater boss fights, the mechanics of each one are very simple and fail to create an engaging and challenging boss fight. I had more fun trying to take down regular enemies that were simply higher level than me than I did fighting any of the world eaters.

For being what you’re working towards fighting and being the big payoff at the end of each main mission, I expected more. The tribe war story arc is nothing more than outpost liberation missions ala Far Cry except lacking the intensity and open-ended nature of Far Cry. Also, for being areas where these tribes congregate, the outposts are shockingly barren. Outposts are also mostly identical in layout and assets, you see one and you have seen them all. To Biomutant’s credit, each outpost is liberated in a slightly different way that is not simply killing 5 enemies and getting to the center each time but, again, never feels like anything more than a mission you check off from the to-do list.

Lastly, the open world is a treat, one of Biomutant’s strongest points is its great aesthetic. Visually, Biomutant is great to look at. The art style is strong, the colors pop and it feels like a fully-realized Kung Fu Panda game. Some of my favorite moments were simply riding around the world and taking in the post-apocalyptic sunrises as the rich east Asian-inspired soundtrack swells.

Many gamers looked at Biomutant and said it gave the impression of a Breath of the Wild-style where exploration is the fun of the game. Those that have been saying this will be sorely disappointed upon discovering level gated areas that halt any aspirations of reaching that mountain you see in the distance because you are level 5 and the enemies around there are level 18.

Discovering a new town and scavenging for loot is always fun but eventually, you notice reused assets around the world and interiors begin to look like copy-and-paste jobs instead of being uniquely crafted. Certain areas in Biomutant are inaccessible thanks to hazards such as heat and cold but if you focus your build on resistances to certain elements you can have an easier time navigating these areas. Alternately you can do a side mission that grants you an item that lets you pass.

Around the internet, Biomutant received a lot of comparisons to Devil May Cry (DMC) and I believe some of it is fair despite combat never feeling as smooth as a DMC game’s, but maybe Biomutant could have taken a page out of DMC’s book and made a more linear game and focused on the most fun aspect of their game which is the combat. The open world is fine but there isn’t anything truly new or interesting to do in it. Games like Immortals: Fenyx Rising are creating interesting worlds with puzzles sprinkled throughout them to keep you engaged with the world.

In Biomutant the world feels like a backdrop that holds loot and waypoints most of the time and the hazard areas feel more like an annoyance than a challenge. There is simply too much that the developers wanted to do with Biomutant and none of it is ever truly refined. Not to mention the current technical hurdles as the frame rate constantly dips and horrid stability, the game crashes routinely during heavy combat sequences. There is a lot of polish to still be had with this title and it is disappointing to see from a game that has been so long in the making.

I name-dropped and compared quite a few games to Biomutant in this review and it is because Experiment 101 has clearly taken influences from so many games and attempted to incorporate it all into Biomutant. However, in the pursuit of taking so many concepts and creating something unique, Biomutant winds up feeling derivative and dated. It never does anything exceedingly well but also never does anything terribly bad, it simply exists in the middle and its biggest success is being an average game with a good combat system. My hope is for Experiment 101’s next outing is that they focus the talent they have on a well-focused, tightly knit game and try to not create a game that is a jack of all trades but ultimately ends up being a master of none. 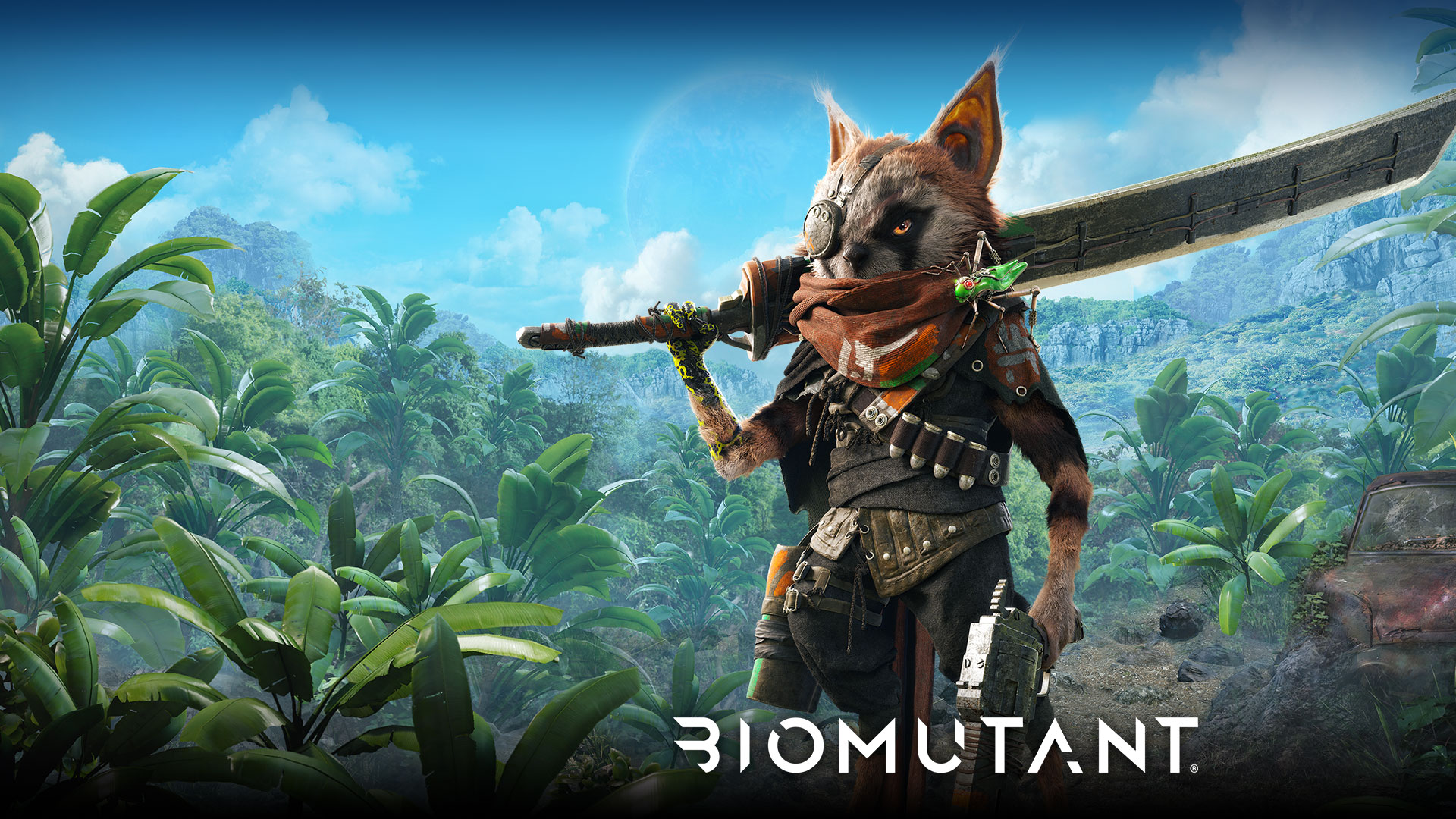