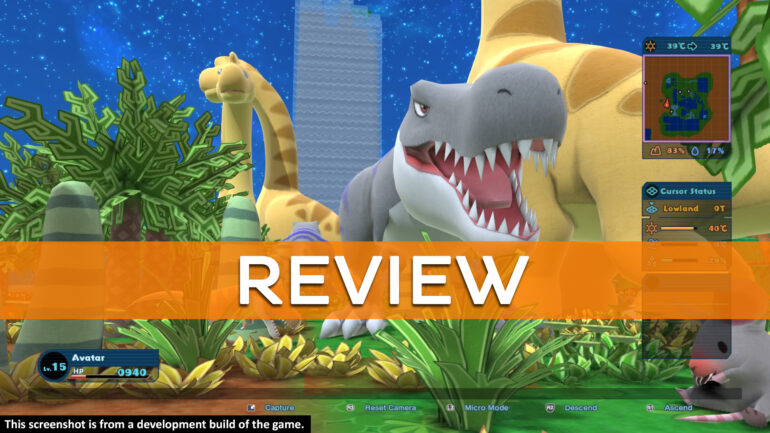 Do you want to be God? I am sure everyone has gone through this question. Most of us would have answered yes, some will say no because of the big responsibilities you will get. For the ones who want to be God, give Birthdays the Beginning a shot as the game presents you a cube-shaped cosmic world to alter in any way your imaginative mind likes on your hands. The game may sound and look like for elementary school kids due to its graphics, which is very adorable but the complex of meeting their needs and tasks of the game will be complicated for most. 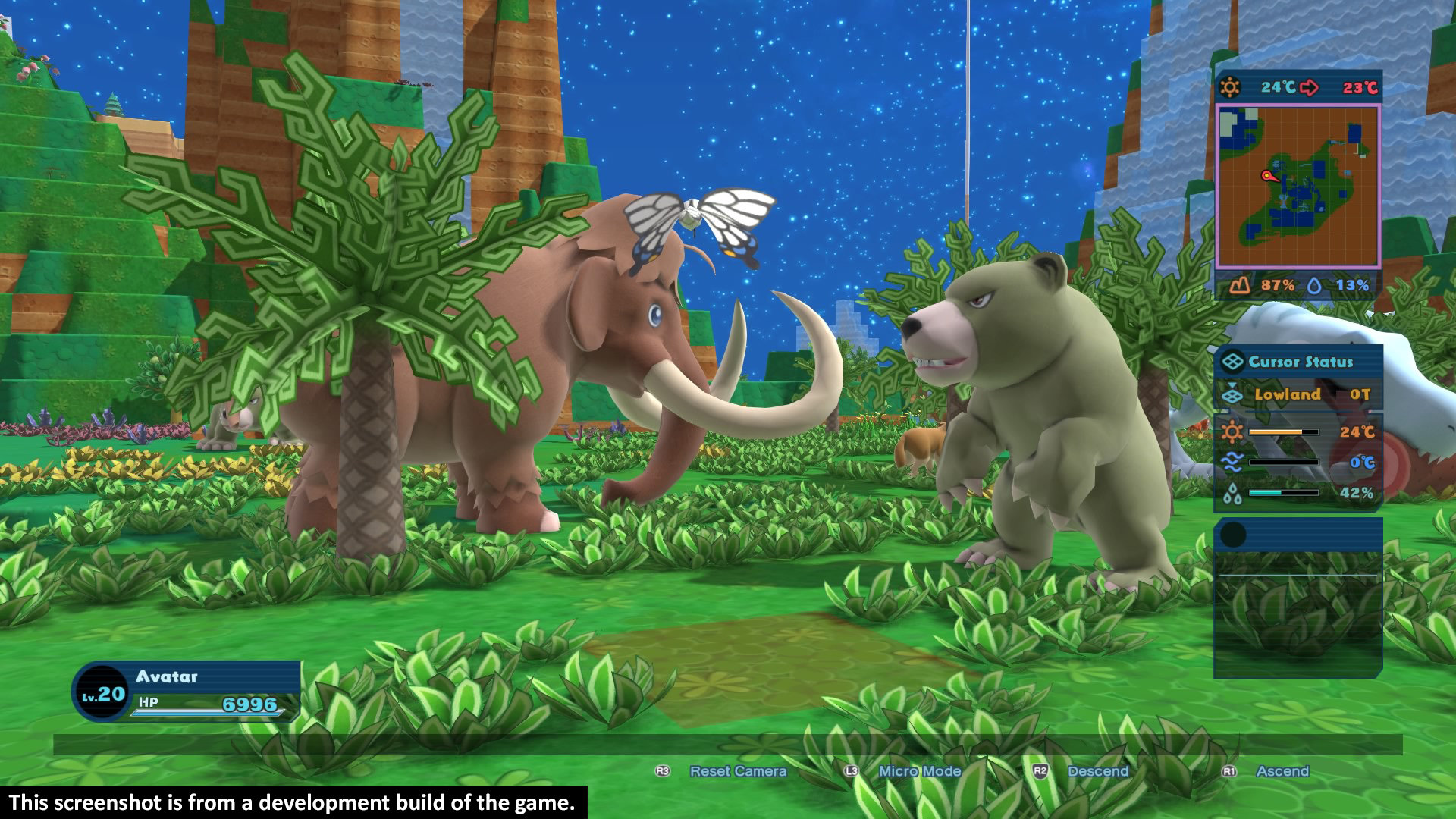 Birthdays the Beginning is about celebrating the birthdays of your creations. Creating lives and balancing the environment to have a perfect harmony for all organisms are “easier said than done” task. First of all, they differ in needs to be created and to survive and some of these needs will be contradicting to some other living things.

Its story in beginning was really short, it just flows as you discovered a small piece of map from one of grandfather’s mysterious books and you decided to follow it to see if it is true. Eventually the next thing you will know, you have God-like abilities in a cosmic cube world and you turn out to be this red spaceman.

The game does not present a lot of controls, basically you just change terrains of your cube world, create mountains and create bodies of water. Lowering terrains causes the temperature to go up and raising it causes it to go down. When altering your world they also take the shape of a square. Just like Minecraft but more of a kiddie version and leveling up will make you shift terrains in bigger squares. You will also be presented with a list of your organism’s population. This will be your guide in keeping track of your organisms if they are growing or not and as a guide if you need to change your terrains again.

The game felt like it is more on waiting than having full control of it. After doing the necessities to create organisms, you will have to wait for its birth. Most of the time I ended up with watching my cube spin slowly or fast while the numbers of my organisms goes up and down. 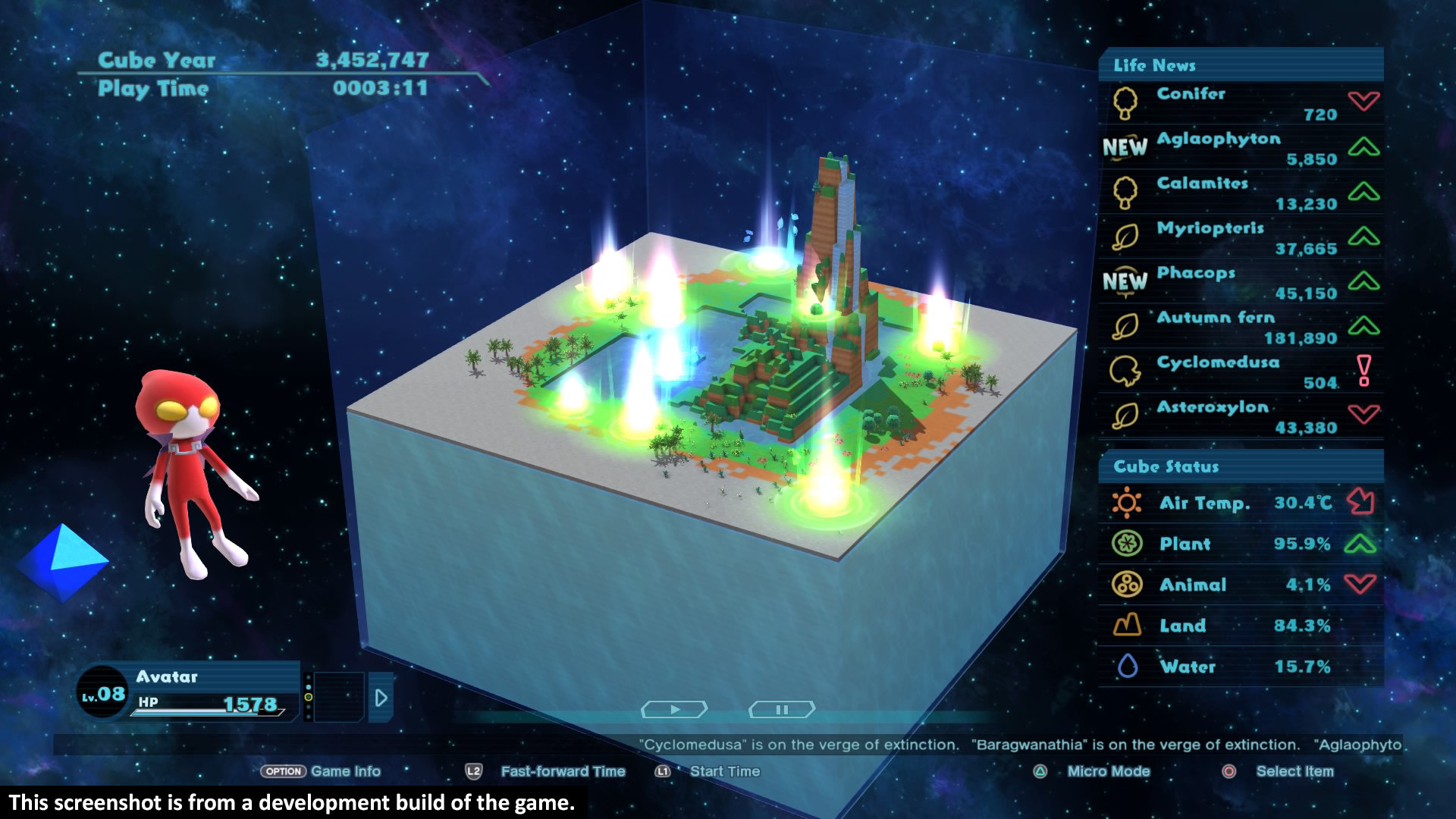 Creation and control is what I can describe the game shortly but it was not made for the long run. Its entertainment level was really repetitive. It feels like you will get same result every time, create life and then you celebrate its birthday and then repeat. The role you had only feels good for a few hours, creating your first dinosaurs and humans were great but it gets old really fast. The disappointing part for me was about my powers. I thought I had full control of everything.

I will admit that I did love the cuteness but the game gets too dull. There was nothing really grand about it. The game did give me the same vibes as Spore about evolving and creating cube-shaped surroundings like Minecraft but those two games were far more entertaining than Birthdays the Beginning. At first I ended up restarting my game because of how I messed up my terrains a lot and most likely dooming my little society afterwards. Some of my organisms got extinct or doomed to extinction while some are happily growing their numbers. That was very odd to describe it, but I guess that’s how it works in real life or theirs.  About restarting the game, the annoying part was that you cannot skip the tutorials and they were relatively dull to read, though the game uses scientific terms which had triggered my love for science but then again the delight feelings did not last.

Birthdays the Beginning looks promising but most of the expectations did not meet when you start playing. Being their God was not easy and for me that was the only thing keeping me alive in the game, I could have died from boredom later.

The game is a good buy depending on your preferences of what a “good buy” is.
Read our Review Policy to know how we go about our reviews.