Activision Blizzard stock down 10% after hours from announcement. 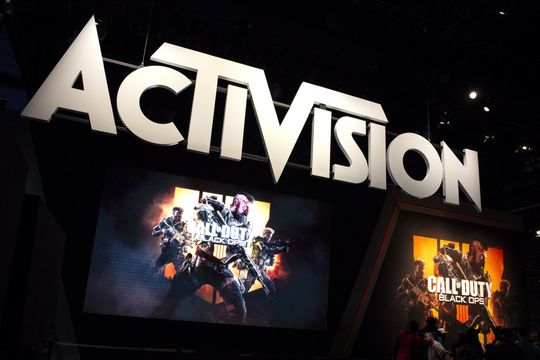 Diablo 4 and Overwatch 2 have both been delayed by Blizzard. According to the company’s chief operating officer, Daniel Alegre, “while we are still planning to deliver a substantial amount of content from Blizzard next year, we are now planning for a later launch for ‘Overwatch 2’ and ‘Diablo IV’ than we had originally envisaged. They have made significant progress towards the completion on two of the most eagerly anticipated titles in the gaming industry, however, decided to push back on the launch to avoid issues like what happened to some of the games that were released amidst the pandemic.

Delays in game releases have become more common as publishers seek to avoid releasing games that may still contain bugs. This has been especially true since CD Projekt long-awaited and long-overdue release of “Cyberpunk 2077” last year, which forced distributors to offer full refunds.

While the announcement did not provide any information on how long the delay would last or provide a more specific release date for the titles, the company’s stock has already begun to reflect this by dropping by 10%.

According to Daniel Ahmad, a senior analyst at Niko Partners who regularly posts about video game companies and titles, the information was obtained from a third party. The information Ahmad provided came from nasdaq.com, which shows that the company’s stock closed at 77.67 United States Dollars (USD), but that the price continues to fall after hours, eventually reaching 69.90 USD.

Why is Activision stock dropping?

Shares of Activision Blizzard Inc. fell in the extended session, as the videogame publisher’s less optimistic outlook and the expected delay of two games overshadowed an earnings beat and pledges to create an environment that is safe and equitable for all employees.

In the immediate aftermath of the results, Activision Blizzard ATVI, -2.12 percent shares rose about 4 percent in after-hours trading, but the stock fell more than 10 percent over the course of the earnings call. Activision Blizzard’s stock price fell 2.1 percent to close at $77.67, giving the company a market capitalization of $60.4 billion at the end of the regular session.

On the call, Activision Blizzard Chief Financial Officer Armin Zerza stated that they are continuing to be conservative in their revenue expectations for the fourth quarter, and they have decided to increase their investment in mobile marketing as a result of the strong returns.

Activision Blizzard has announced that it will release “Call of Duty: Vanguard” on Friday, and the “Warzone Pacific” update for the franchise on December 5. Both will be released during the fourth quarter. Other highly anticipated titles, however, are being delayed.