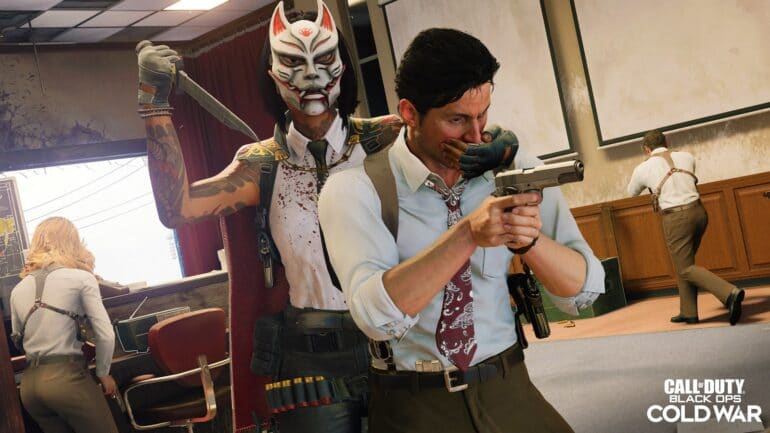 Game company Activision has announced that Season Five of Call of Duty Black Ops Cold War will introduce a lot of new free content and the Double Agent multiplayer mode.

Season Five will introduce tons of new free content for the game like five multiplayer maps, the Flamethrower Scorestreak, new Warzone and Zombies Perks, and the Double Agent mode.

Just like it was leaked a few days ago, there will be new weapons that will be introduced in the game, the EM2 and TEC-9 and the new operator Kitsune.

The Season Five Battle Pass will let players gain access to all 100 tiers of content including the new operator Kitsune. She is a Japanese self-taught cybersecurity expert and a world-class thief. With the Battle Pass, she can be acquired at Tier 0 right away. The exclusive Kitsune Operator skin will be unlocked instantly with the Battle Pass Bundle.

Double Agent is a new multiplayer mode with Operators having one of the three roles:

There will be multiple players that will be assigned as Double Agents, who must sabotage the mission by successfully wiping out the investigating team.

Burn ‘em with the Flamethrower
Immolate your enemies with the new Flamethrower Scorestreak. This low-cost option is great for boosting your score to the next Scorestreak, setting the opposition ablaze in the process.