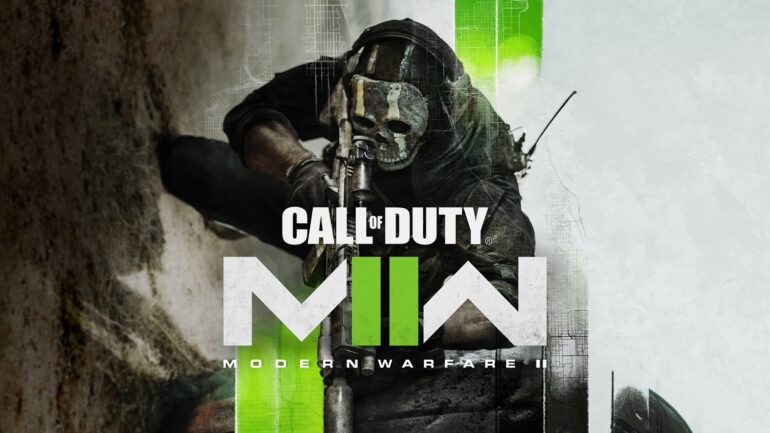 An enemy hellbent on revenge has gotten its hands on American missiles. Weapons that have the potential to level a skyscraper are loose in the wild and it’ll take an extraordinary group of individuals to hunt them down and stop the worst from happening. The band gets back together for another show on the road. Welcome back to the peak of the Call of Duty franchise.

The gameplay carries mostly over from the previous game. Gunplay is the primary focus and it shines more brightly here than ever. Especially that feeling of satisfaction that comes from pulling the trigger and shots landing in places you believe they should go. Once everything starts coming together, the dopamine kicks in, and the next thing you know you’re taking slide corner shots with a shotgun.

Of course, it all slows down the moment the game gets serious and starts bringing in armored enemies. Tactics need to change and weapons like the shotgun need to be dropped in favor of precision weapons that make quick work of helmets. There is a part of me that doesn’t like the inclusion of a bullet sponge in my First Person Shooter but that feeling usually goes away the moment after seeing how effective precision weapons are against their weak spot. Though I miss going ham with a pump action shotgun.

As for the campaign itself, hands down it is one of the more visually stunning CoD games to come out to date. So much so that I was looking forward to the next cut scene and knowing where the investigation goes next. And we go halfway around the world looking for these weapons of destruction. From Mexico to the Middle East, in fact.

The overall pacing is also another part that’s deserving of praise. It starts quietly with the initial investigation but then goes all-out near the end of the campaign. I especially liked the chase sequence in the Middle East. We’ll talk more about that in a bit. The ghillie suit mission is an impressive second but that one has its own set of shortcomings.

The boys from Task Force 141 are back for another high-stakes mission. Series icons Price, Soap, Gaz, and Ghost need no introduction and even if you’re completely new to the series, you get the sense that they are the people you should look towards to get the job done.

They are joined by new faces from the Mexican Special Forces and the Las Almas Cartel. Interestingly enough, it is the Las Almas Cartel and Hassan Zyani takes the place of the Russians for the most part. Though the Russians are still part of the story, albeit briefly. And if the ending is anything to go by, they’ll have a much larger part in the next game.

Shepherd’s true face is exposed once again for all the world to see but he isn’t on the field this time around. At least not yet. He and Shadow Company are the ones I took personal joy in taking down.

When it comes to the story and the changes, I think they managed to tell a compelling new story that incorporates fan-favorite characters. (Though there’s no denying that Ghost gets a way better deal here than he did in the original.)

The story simply doesn’t let up from start to finish. And I felt compelled to see through it till the end.

Gameplay-wise, it seems as if the series has taken more inspiration from adventure titles. I’m talking about the opening sequence with the chase in the Middle East. Initially, I thought Gaz was going to fall off the chopper and land in the nearest canvas truck, and continue as if nothing happened. Instead, we spend a considerable amount of time fighting upside down at the end of a rope. I haven’t seen sequences like that since Nathan Drake’s last adventure. I didn’t see that one coming at all.

And this brings us to the addition of the crafting system.

Look, I think the crafting system is a novel idea. I wasn’t expecting to see something like it in a CoD game but, in a way, introducing it now makes a lot of sense. I mean, Shepherd is going to backstab us anyways so we’ll improve our way out of it but it’s still strange. But the execution of it left a lot to be desired.

I liked the crafting system up until the point you had to use it in the final boss fight. It was the most awkward boss fight that required the use of craftable items. Not even The Last of Us can come up with something so obnoxious.

For starters, even if I managed to stun someone with my craftable item, I still needed something to kill the stunned enemy. Did our boys suddenly forget how to perform CQC with their bare hands? And even if I did get my hands on a weapon, I wasn’t allowed to use it as an improved weapon to beat enemies down with. I needed to break open a drawer to get a box cutter to use as a shiv. What is even going on here?

It’s a good thing then that the overall package far outweighs the frustration I felt during the final boss fight in Call of Duty Modern Warfare II. Hey, it was either going to be this or a scripted sequence of a boss going in and out of combat with throwaway soldiers in between us. Both of these aren’t that interesting to me.

The enemy AI is very well executed, for the most part. At least during scripted moments. If the player broke the sequence, however, suddenly they don’t know what to do. Thankfully, these errors are inconsistent so if you follow the right sequence the second time around, it suddenly feels like everything went accordingly.

The checkpoint system can also be frustrating. The first time I went through the mansion infiltration mission, I thought I’d be clever and take down who is alone in a dark corner. Turns out, that wasn’t the case. There was another person there, a civilian, someone I can’t hurt at all. Well, the checkpoint saved the moment he saw me so whenever I loaded into the level, I’d be looking at him. And he’ll immediately sound the alarm. I had to restart the level again which isn’t too bad.

Overall, Call of Duty Modern Warfare II campaign once again lives up to the legacy set by the first Modern Warfare games. The presentation is on par with most action movies, a major part of which can be contributed to the motion capture and voice acting. And the gunplay is as good as it’s ever been. It may have its shortcomings here and there. But it’s all overshadowed by the fact that Task Force 141 is still a force to be reckoned with. I highly recommend playing this game’s campaign at least once. Now, if they can expand on the crafting system throughout the year, then I’d be truly impressed. 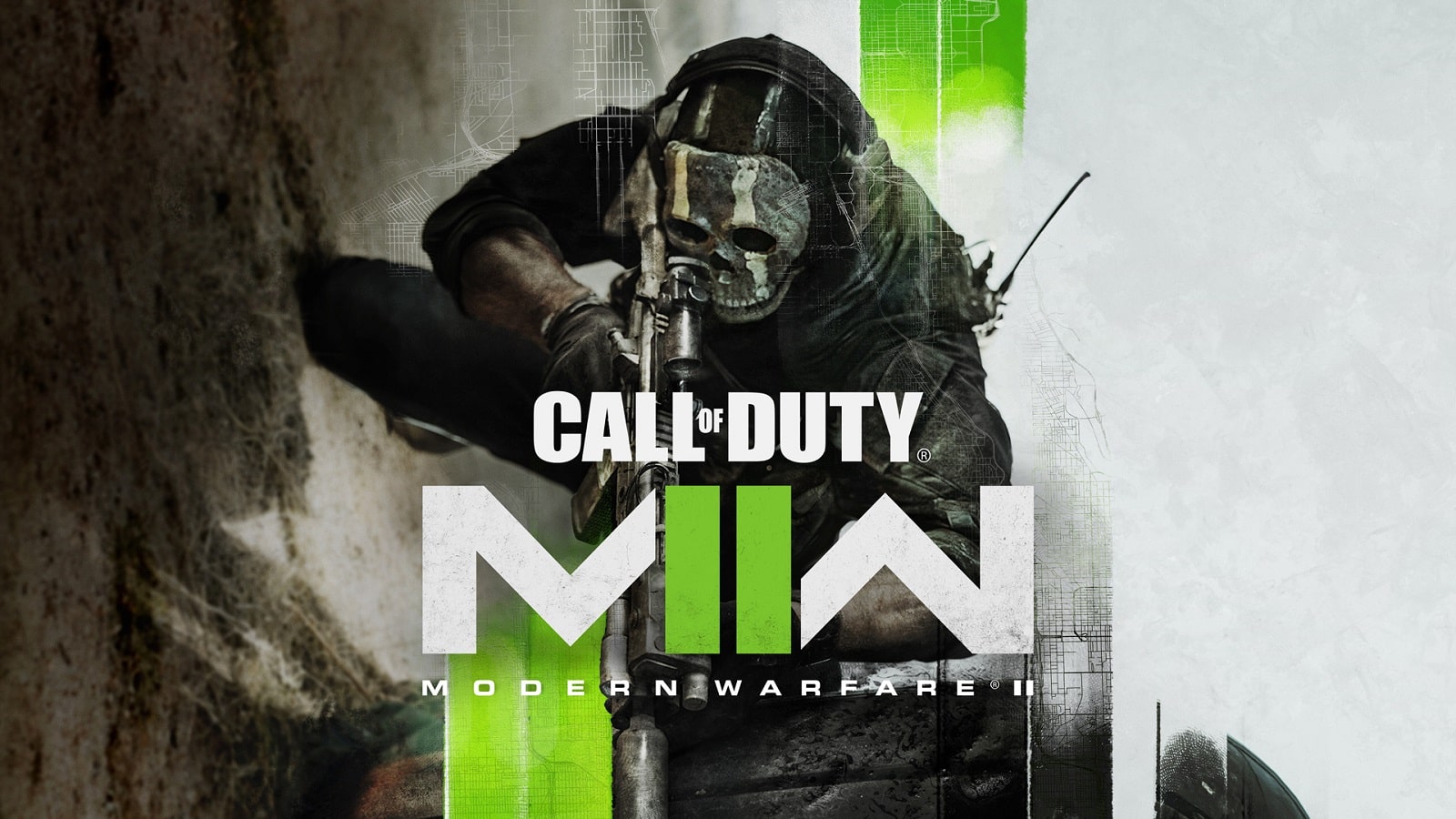 Call of Duty Modern Warfare II Campaign – Review
Score Definition
Almost perfect if not for the nitty-gritty. If it’s quite there but not enough to push the boundaries, it’s still an awesome game.
Pros
Maintains the high standard of gunplay
Interesting additions to characters and story
Visually and audibly impressive
Ghost hard carrying Task Force 141
Cons
Enemy AI has its questionable moments
Crafting feels underdeveloped
Checkpoint can save during the most inopportune times
9
Excellent