Avoid the breaths and fist slams when they arrive soon. 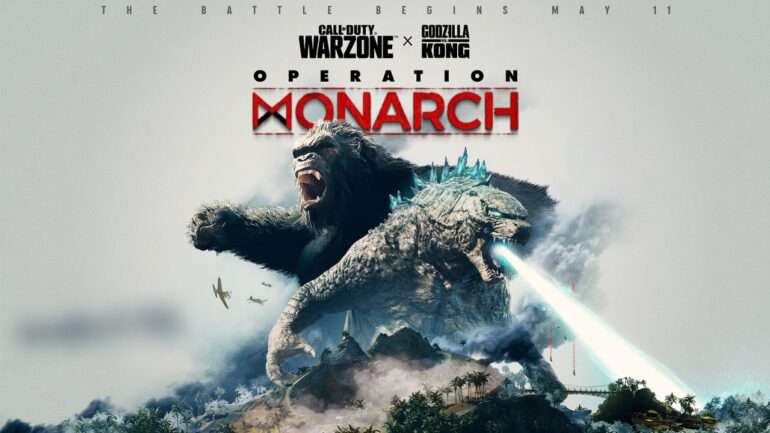 In Operation Monarch, players will be trying to survive with their teammates while avoiding these monsters that can suddenly appear out of nowhere and rampage in the battlefield. Godzilla’s Heat Ray Breath and Kong’s smashing fits will be the “disasters” to avoid once they appear.

One of the Protector Titans, Godzilla, gets its stats revealed. Check out the details below:

When players detect Godzilla, the map will indicate his Heat Ray Breath as several red circles. When you see these circles, quickly avoid the line of fire to survive the onslaught. Those who failed to run away will have seconds to avoid the attack, if they can survive.

Kong is the second Protector Titan, but always butt heads with Godzilla if they meet up. Check out his details below:

Kong’s home is Skull Island, but now he gets lost on the Caldera. He has a brawler fight style, can be quick on his feet, can jump miles forward, and has sheer feral strength. He can leap and jump around the island, so better keep your distance when you meet up with this big boss.

During Operation Monarch, players can go with a full Quad. This game mode will support 60 players using Resurgence rules. The rule is still the same, which is to be the last team standing.

Players will be able to discover Monarch Intel via Supply Boxes, special drops, and enemies that got killed. With the intel, it will charge a special meter that can unlock items like Killstreaks and Loadout Drops. Get it to full completely to unlock the most powerful Killstream, which is the Titan Killstreak.

If you can damage either Godzilla or Kong when they invade the battlefield, players can get more Monarch Intel. Be careful with their big attacks though.

When the Operation Monarch match starts or at some other point of the match, Kong and Godzilla could go mad and will attack everyone on the field. This is called the Titan Frenzy and the alarms will sound off. Players will be forced to withdraw from the field, but there is another option which is to damage them to suppress them.

Communicate with the Titans with S.C.R.E.A.M. Device

The Titan S.C.R.E.A.M. Device or Titan Sonic Communication Radar and Echolocation Array Module is a prototypical device made by Monarch. It has the ability to let users communicate with ancient creatures.

The device becomes a Killstreak during Operation Monarch. It can grant one of two powers, which is Godzilla’s Heat Ray breath or Kong’s ground pound and rock throw.

After choosing the attack, players can then direct it toward any location on the Caldera map. Players cannot use the device in multiple succession to make it fair. They will have to wait for its cooldown.