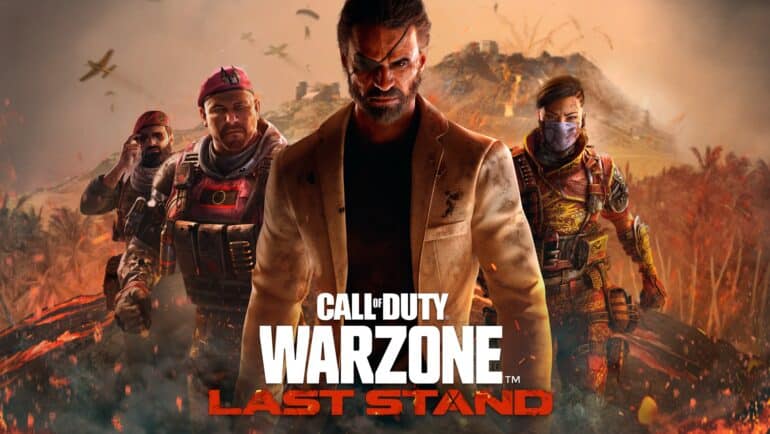 Last Stand will gather all of the game’s most notorious villains for an epic finale. It includes tons of free content for both Vanguard and Warzone that players will enjoy this coming August 24. They will be able to deploy as one of the four biggest villains in Call of Duty history, which are Raul Menendez, Khaled Al-Asad, Gabriel T. Rorke, and He “Seraph” Zhen-Zhen.

Season Five will bring major updates to all three gaming experiences. In Warzone, Caldera’s Peak will get some changes with volcanic activity. Lava will be flowing in certain areas and molten rocks will be shooting sky-high and back down to earth. Multiplayer will have two new fast-paced maps called Beheaded and Fortress. In Zombies, the Dark Aether saga will continue and face off against Kortifex the Deathless in the finale The Archon.

Details on the New Operators/Villains

Check out the details on the four new operators/villains below:

Raul Menendez was born in Nicaragua, where his childhood was clouded by the brutal revolution of US-backed Contras. His father founded the Menendez Cartel and was assassinated by the CIA at the height of his power, leaving Raul in charge. But it was the death of his sister Josephina that focused his rage, driving him to become a hostile political activist. His charisma and ruthlessness propelled him to leadership of the social movement turned terrorist organization, Cordis Die.

First appearing in Call of Duty: Black Ops II, Menendez orchestrated a cyberattack against automated drones, turning them against major cities across the United States and China. Now, you can harness his wrath against your enemies as part of Task Force Tyrants.

Khaled Al-Asad grew up in Urzikstan amid political strife. He was drawn to the words of Omar Sulaman and joined the Al-Qatala terrorist group. He was imprisoned but escaped after Sulaman’s death to take control of Al-Qatala. His leadership transformed the militants into an army as he acquired an arsenal for the invasion of Verdansk. Committed to the demise of Western power, Al-Asad launched gas attacks in Verdansk, breaking a fragile armistice between nations.

A Middle Eastern warlord and key antagonist throughout the Modern Warfare series, Al-Asad is the second of “The Four Horsemen,” outranked only by Vladimir Makarov himself.

Gabriel Rorke graduated from the U.S. Naval Academy and became a captain in the Marines. During an assassination mission in Caracas, Venezuela, Rorke braved the flooding city to locate and kill General Diego Almagro, leader of the Federation. During the chaos of his squad’s extraction, Rorke was left behind. He was found by the Federation, who brainwashed away his loyalties, turning him into a man with an undying vendetta against his own.

The main antagonist of Call of Duty: Ghosts, Rorke formerly led the Ghosts before being turned against them, paving the way for the Federation’s occupation of the United States.

Seraph grew up in the Singapore Quarantine Zone as the daughter of a high-ranking officer in the 54 Immortals. She honored her lineage and excelled within the syndicate, becoming its youngest-ever enforcer. She is a living embodiment of the 54I’s will, strictly quelling dissent within its ranks while projecting the syndicate’s force and ambition wherever it’s needed. Her dedication and skills are unmatched, as she proved when she willingly offered her own arm in return for the honor of receiving a cybernetic limb from the 54I.

Seraph first appeared in Call of Duty: Black Ops III as a playable Specialist. She is utterly devoted to furthering her father’s legacy by promoting the 54 Immortals’ objectives.