CCP Games’ Virtual Sport, Sparc, Is Now Out For PSVR 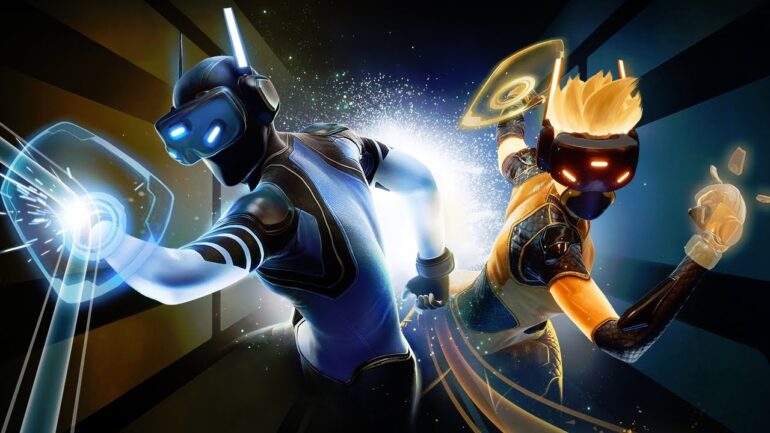 In Sparc, players connect online to compete in fast-paced and physical one-on-one gameplay, using two PlayStation®Move motion controllers to throw projectiles across the court at their opponent while dodging, blocking or deflecting incoming shots. PS VR owners can download Sparc now for $29.99/ €29.99/£22.99 SRP from the PlayStation®Store.

To mark Sparc‘s release, CCP has released a new trailer.

“From learning the basics of the game to perfecting a trick shot that drops into an opponent’s strike zone at the last second, gamers of all skill levels will be able to compete in Sparc‘s dynamic physical gameplay,” said Morgan Godat, the game’s executive producer at CCP Games.

Sparc enables players to join one-on-one matches with friends online, or find opponents via matchmaking. Sparc includes multiple two-player game modes and three different arenas, plus a broad range of customization options for competitors. From the cut of the compression suit, to headgear and knuckle guards, a wide variety of elements can be personalized.

“Players connecting and competing in Sparc’s online community are participating in what we consider one of the most groundbreaking gaming experiences in virtual reality to date,” said Hilmar Veigar Pétursson, CEO of CCP Games. “We’re excited to launch Sparc first on PS VR and giving a great number of players the opportunity to experience its instantly compelling gameplay for themselves.”

In Sparc, players can express and improve their skills through their physical actions and will be able to review their performance on the court with stats on throws, deflections, accuracy, and more.  With two gameplay modes, Basic and Advanced, both novice and expert competitors will find a suitable difficulty level.

When players need a break from the action, they can meet opponents, watch games in person, and queue up for their next match in “Courtside,” Sparc‘s freeform social area that allows for spectating in VR. In Sparc‘s solo challenges, players can take part in a series of timed events that test throwing and deflection accuracy, helping improve their skills and preparing them for human opponents.