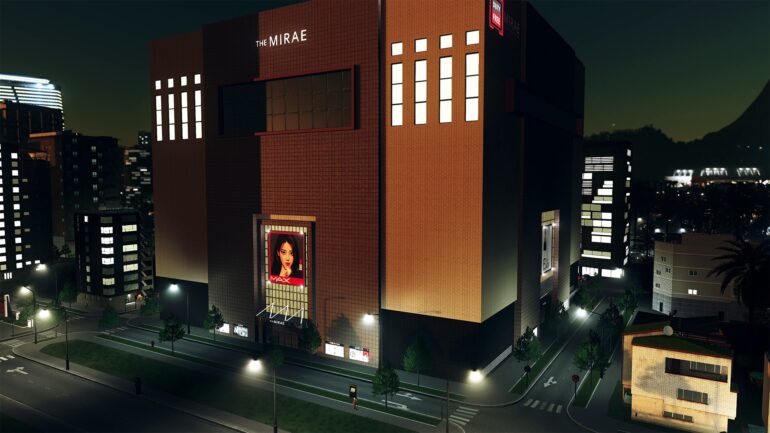 The Cities Skylines World Tour is a series of updates and releases that will represent various regions around the world. This will launch starting on November 15, 2022 with the Content Creator Packs Heart of Korea and Skyscrapers, two Radio Stations, and a free update. The next content drop will be on December 13, 2022 which includes the new mini-expansion from Colossal Order titled Financial Districts. It will launch together with a new map pack and a third radio station.

In 2023, the World Tour will continue with Africa in Miniature. This is a Content Creator Pack created in collaboration with independent developers. It also comes with its own radio station.

Heart of Korean Content Pack is inspired by a South Korean metropolis. It introduces 60 assets including service buildings, growables, and unique structures. It is priced at $5.99 USD. The K-Pop Radio Station will have a price of $3.99 USD.

Skyscrapers Content Creator Pack will include more than 15 skyscrapers based on high rises from all over the globe. It launches with a price tag of $5.99 USD. The 80’s Downtown Beat Radio Station will be available as well for only $3.99 USD.

Financial Districts is Colossal Order’s next mini-expansion will boost the economy of a city with a financial district and introduces the investment feature and more than 100 assets to the game. It comes together with the Content Creator Pack Map Pack 2 which adds 10 new maps to explore various biomes.

A free update is planned to launch on November 15, 2022. It will add free content to both the base game and three expansions. It will include various capacity vehicles, new types of road with multiple lanes, tracks, and bicycle lanes.