Classic games to play on the go 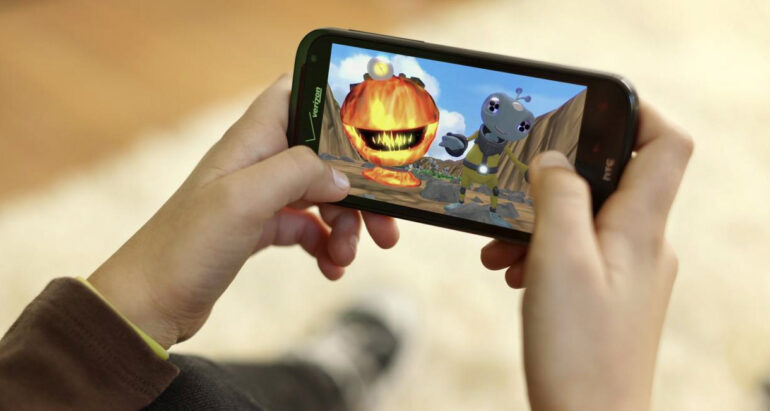 Mobile gaming has become a staple in the video game industry, and over the past few years, we have seen several new titles being released for iOS and Android devices, including popular console games that were ported to mobile systems. Some of these games, such as PUBG Mobile and Arena of Valor, are even featured in eSports leagues and tournaments. With the number of smartphones in the country increasing exponentially year after year, the demand for mobile games is higher than ever.

However, sometimes we don’t want to engage in all this competitive stuff, and just want to play a cool game to pass some time. And there are also some of us who still enjoy classic games, arcades like Space Invaders, or board games such as Monopoly. So in this list, we present some cool classic games that can be played on mobile devices.

Monopoly is certainly the most popular board game in the world, licensed in more than 100 countries and printed in 37 languages, and a big part of international pop culture. The game is based on a 1903 experimental game called The Landlord’s Game, which was used to teach the principles of Georgist economic ideologies. Monopoly was first published in 1935 by Parker Brothers, and is currently published by Hasbro.

Monopoly can also be played on the go, on your mobile device. Developed and published by Marmalade Game Studio in 2019 for iOS and Android devices, this mobile version features 3D graphics and animations, a living city within the game’s board, online and offline multiplayer modes, customizable house rules, and a special mode that shortens the game’s runtime.

Way back in the late 1990s, when mobile phones were still a luxury that only some of us could afford, people used to freak out over the fact that it was possible to play video games on these devices. And one of the most popular games of this age was Snake, included in Nokia phones. Featuring a gameplay that originated in a 1976 arcade game called Blockade, players control a snake and must attempt to eat items that make the snake’s body longer, while avoiding collision with the obstacles and the snake itself.

In 2021, independent developer dsd 164 released Snake ‘97, a version of the game for iOS, Android, Windows and macOS. With the same green screen and the classic dot-matrix graphics, the game even features 3 extra difficulty levels that weren’t present in the original game.

Space Invaders is a classic shoot ‘em up arcade game developed by Tomohiro Nishikado in 1978, distributed by Taito in Japan, and licensed by Midway for international publishing. Space Invaders became one of the most influential video games of all time and paved the way for a whole new genre of fixed shooter games. Players control a laser cannon that can be moved horizontally, to defeat multiple hordes of descending aliens.

Released by Taito in 2009 for iOS and Android devices, the mobile version features the same gameplay and levels as the original game, three control methods, including on-screen buttons that resemble arcade machines, four screen modes, and rare material from the original game’s development as bonus extras.

Table games are some of the oldest forms of gaming in the world, and a popular pastime activity for quite some time now. Games like roulette and blackjack are played by millions of people around the globe, whether at land-based venues or online. Today, it’s possible to play all these games on your mobile, and the selection of websites offering table games online is huge – but this page lists the best and most trustworthy operators for US players, as well as the games available, bonuses and rewards.

Players can choose from many classic games that include roulette, blackjack, poker, and craps. Most websites also offer live dealer games, operated by professional croupiers and streamed from physical venues, that provide an authentic gaming experience. There are free-play modes with no money involved, and also real-money games, and players can choose from different game regulations and wager limits.

Remember spending hours and hours playing Sonic on that old Sega Genesis? Now it’s possible to do the same in the palm of our hands. Released for iOS in 2009, and ported to Android in 2012, Sonic the Hedgehog Classic is the mobile version of the original 1991 Genesis classic, featuring the same gameplay, new playable characters, an all-new Time Attack mode, and a remastered soundtrack. And the best of all: the game is free-to-play!