Cliff Bleszinski: It Was Strictly A Business Decision To Go With The PS4; Already Played The Tenth Role 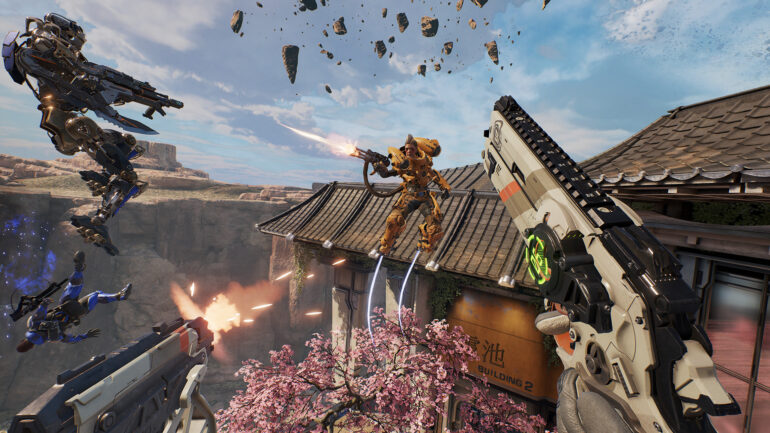 LawBreakers set out to amaze the world with its competitive atmosphere and diverse sets of characters and game modes. Loved by many but not all, Boss Key Productions’ CEO and game director, Cliff Bleszinski, is happy for its successful launch on both the PC and PS4.

While not having it on Xbox One, Cliff said in an interview that the decision to go with the PS4 exclusively at launch was more of a “business” decision – he told Push Square.

[alert type=white ]”For us, it was strictly a business decision to go with the PS4 because of the install base. Microsoft…and I know the focus here is Sony, but that’s the other elephant in the room. They’re quickly fixing mistakes from the Xbox One’s launch and getting better and ramping up. We may be on Xbox one day, but for now, having a team of only 65 people, we had to pick one platform. Doesn’t mean we won’t necessarily be on other platforms eventually.”[/alert]

Although it is a given fact that Xbox One has a smaller install base than the PS4, Cliff reassures that it doesn’t mean they won’t be on other platforms. In addition, it’s just that the development is too much for a 65-man studio according to Cliff.

Cliff also admitted that one of the challenges they got putting the game on PS4 was the consistent 60 frames-per-second. We can attest that in LawBreaker‘s current state, it’s mostly 60-frames but it is rather inconsistent.

[alert type=white ]”The challenges of putting it on PS4 was making sure the frame rate was a consistent 60, going back to the top of the interview and squashing that minor hitching. And it’s one thing that your average gamer may not be necessarily hardcore and may not see the frame rate difference or understand it, but it just feels better. It goes back to the argument of wanting 24 frames a second because it’s cinematic. It’s like, f*** off. You can have that in your cutscenes, but give me as high of a frame rate as I can get with 4K on PS4 Pro.”[/alert]

With Cliff confirming that there will be tons of upcoming post-launch content; although he reiterated that he did not confirm any thing yet, he added one important note: a tenth role / character. While such games like Overwatch and Titanfall 2 getting new heroes and a brand new Titan, LawBreakers will also get its own additional character / role.

[alert type=white ]Well, I mean, I’m not confirming it right now, but I will tell you that we’ve shipped with nine initial classes. I’ve already played the tenth. That character’s in full production right now. Every Friday, the company gets together and I try to say a few inspiring words and a little bit of housekeeping for everybody. Production does a bit of housekeeping, but Tramell, the Art Director, shows up with what the art team’s been up to, and I’m already seeing skins for the various characters that have themes that people will be seeing in the coming months. You know how it is. We’re in a world where you launch a game or service, and with our price point and Stash Drops, we’re hoping people will keep coming back.[/alert]

It is good to know that Cliff has already made plans for post-launch content for the players to have a reason to get back into its competitive shooter.

Sirus Gaming did a review of LawBreakers. Leif noted that “It’s a game where you can unwind and relax despite the chaos and frenzy that happens in game.” Read his full review here.

LawBreakers is already available on PC and PS4.