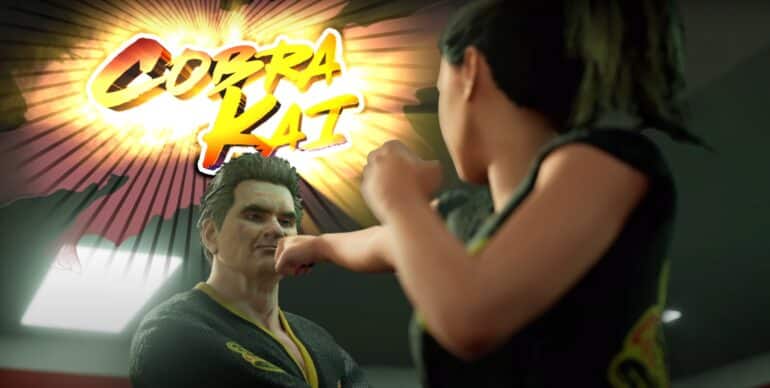 The sequel to the game based on the fan-favorite comedy/action series is finally getting a release window. It will be available this coming Fall 2022 on PS4, PS5, Xbox One, Xbox Series X/S, Nintendo Switch, and PC via Steam. New gameplay reveal trailer was also shared.

Pre-order the standard edition at major retailers for only $49.99. The Nemesis Edition is also available for pre-order for only $59.99 exclusively via the PlayStation Store, Microsoft Store, Nintendo eShop, and Steam. This will enable players to play as any of five enemy boss characters in the All Valley Tournament Mode. Play as Hammer, Bo, Gabriel, Skeleton Lord, and Terry Silver. IT also has the bonus jukebox feature to listen to favorite tracks from the game’s original score by composer Zach Robison and Leo Birenberg.

Cobra Kai 2: Dojos Rising continues the intense rivalry at the heart of the Cobra Kai saga. Choose your dojo – Eagle Fang, Cobra Kai or Miyagi-Do – and build up a team of hard-hitting fighters from the series to battle anyone who stands in your way to victory. Master powerful fighting styles across a variety of game modes to secure your legacy as the All Valley Karate Grand Champion!