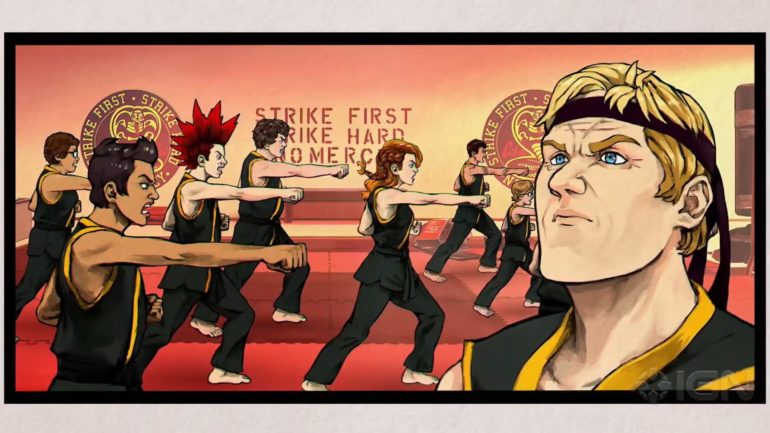 After becoming a hit on YouTube, getting scheduled for release on Netflix, and now going for its third season, Cobra Kai is now coming to video games.

The team behind the popular TV series has partnered with GameMill to create this new game. It is titled Cobra Kai: The Karate Kid Saga Continues and its reveal trailer just shown recently at IGN.

Johnny Lawrence and Daniel LaRusso are back and now they are in their own video game form. This will be a two-player couch co-op side-scrolling beat-‘em-up video game. It will launch on Oct. 27 for the PlayStation 4, Xbox One, and Nintendo Switch.

This will be an original story, but the characters are based from the TV series. Each side will tell their own story and it is up to the players which to choose from. It is a pretty wild trailer with classic karate moves to elemental powers that come out of nowhere. It is wild, but it looks fun.

Check out the trailer courtesy of IGN: