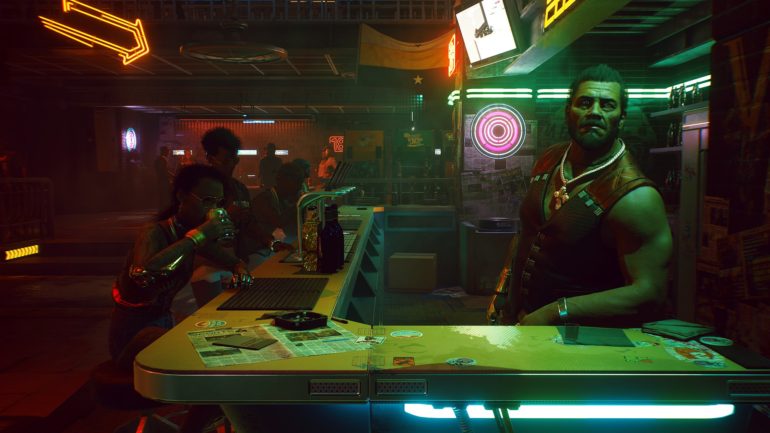 Cyberpunk 2077 is one of the most anticipated games for this year with preview presentations that showed its different aspects, characters, gameplay, and more. It is shaping to be one hell of a game to play when it launches this coming Nov. 19.

Several gaming publications have tried out the gameplay preview of the game and all of them are impressed of its performance. Gameplay was immersive, the world was vibrant, and several interesting features shone brightly despite its limited time. One of those was dialogue sequences, which seemed to have a different take compared to other games with the same feature.

According to the Official PlayStation Magazine (September 2020 Issue), dialogue in Cyberpunk 2077 is different and can either be peaceful or get ugly depending on the player’s behavior. They can actually look around their surroundings, making their chats with NPCs super immersive and almost realistic. It also gives them a hint of what is going on around them.

For you see, when attempting to negotiate with potential muggers for instance, there might be movements from other characters surrounding you or your part. V, the protagonist, can actually glance around his or her sides to check on any hint that the situation might get bloody. Players can check if there is a suspicious car boot or glance at the guy behind the one they are talking to, seemingly slowly taking out something behind his back.

These signs that players can catch early on could help them evade deadly gunfire if things go south. Or they can use this to their advantage to make the negotiations go into their favor. Or just wipe the opposing side out to ensure their own safety. The choice is theirs to make.

This particular feature would have worked pretty well in Deus Ex: Human Revolution back in the day, according to OPM UK and I agree. This would have made its gameplay so immersive, so realistic, and thrilling. It would be like in old Western America movies, the “Mexican Standoff” as they call it. Looking around nervously, waiting on your enemies to move and slowly reaching for your gun so that you can get the initiative.

Cyberpunk 2077 will be available on PlayStation 4, Xbox One, Google Stadia, and PC. Xbox Series X and PlayStation 5 versions will be launched when the next-gen consoles gets released this coming holiday 2020.