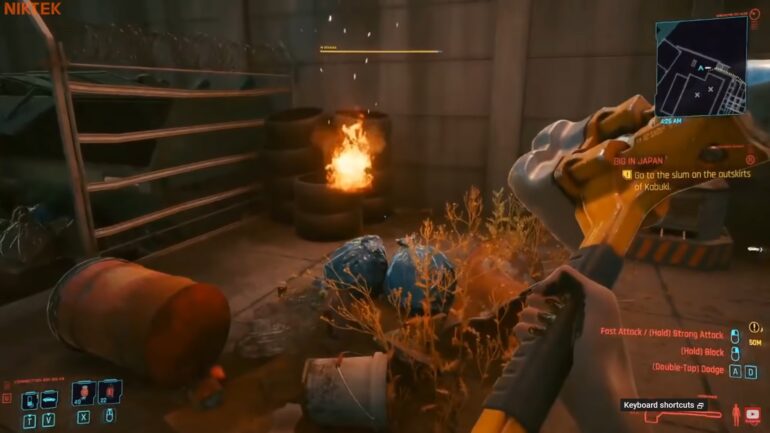 Want to know how buggy controversial video game Cyberpunk 2077 is? Check out this new fan-made trailer.

Made by YouTuber NikTek, the Cyberbug 2077 gameplay trailer is a compilation of the worst, nay, best bugs that the internet has posted recently. It is “narrated” by popular actor Keanu Reeves and just cuts in to the many buggy scenes. Some even correlate to the words that Keanu says like “burn”. Of course it shows a scene where a big drum with a flame burning junk is shown and then after it was kicked away by V, the flame remains in mid-air.

The “trailer” has tons of bugs to see, you will die laughing with how ridiculous and hilarious they all look like. My favorite would be the “ground-shark car” scene.

Cyberpunk 2077 is now available on PlayStation 4, Xbox One, Stadia, and PC. Upgrades for PS5 and Xbox Series X/S are planned for next year, but with how things are going, I think it will take a while.