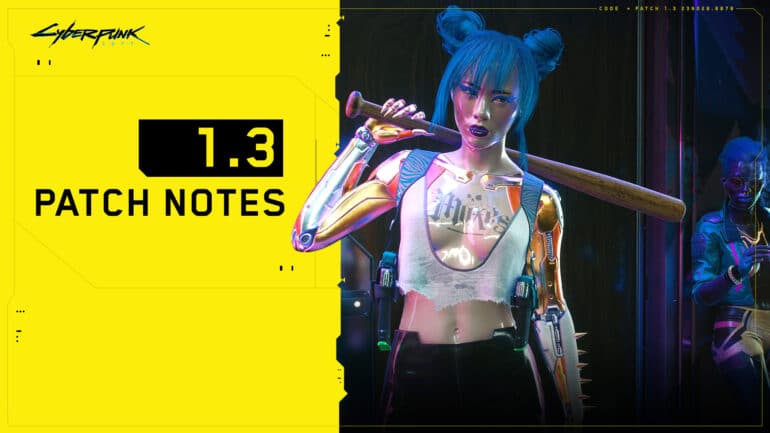 CDPR has released the full patch notes of the upcoming new update for the game. They also showcased what DLCs will be coming with it as well, which will all be free to get. Unfortunately, these are all just cosmetic stuff and not the new content that everyone was looking forward to.

On the bright side, there are a lot of changes with this new patch. It is going to take a lot of space, so be prepared. The upcoming patch will be released soon on all available platforms.

Check out the full patch notes below. WARNING SPOILERS AHEAD AND READ CAUTIOUSLY:

Fixes related to crafting, some adjustments to item pricing

Rebalanced and added some loot, fixed various items that couldn’t be picked up

Introduced various fixes and improvements towards behaviour and reactions of NPCs, and living city in general

Improved NPCs’ behaviour in combat and fixed various issues related to it.

Tweaked and improved some of the player mechanics

Adjusted functionality of some mods

STABILITY AND PERFORMANCE ACROSS PLATFORMS

This section discusses changes that enter all the platforms but many of them make a bigger difference on last generation consoles and lower performance machines.

I Walk the Line

Beat on the Brat

Down on the Street

For Whom the Bell Tolls

I Fought the Law

Killing In The Name

Riders on the Storm

Send in the Clowns

The Ballad of Buck Ravers

The Space in Between

There Is A Light That Never Goes Out

We Gotta Live Together

With a Little Help from My Friends

Cyberpsycho Sighting: Where the Bodies Hit the Floor

Gig: Flight of the Cheetah

Gig: A Lack of Empathy

Gig: Backs Against the Wall

Gig: Bring Me the Head of Gustavo Orta

Gig: On a Tight Leash

Gig: We Have Your Wife

For Whom The Bell Tolls

I Fought The Law

Stairway To Heaven, Meetings Along The Edge

Where is My Mind?

With a Little Help from My Friends

Cyberpunk 2077 is now available on PlayStation 4, Xbox One, and PC. No word yet on the next-gen upgrade for Xbox Series X/S and PS5.