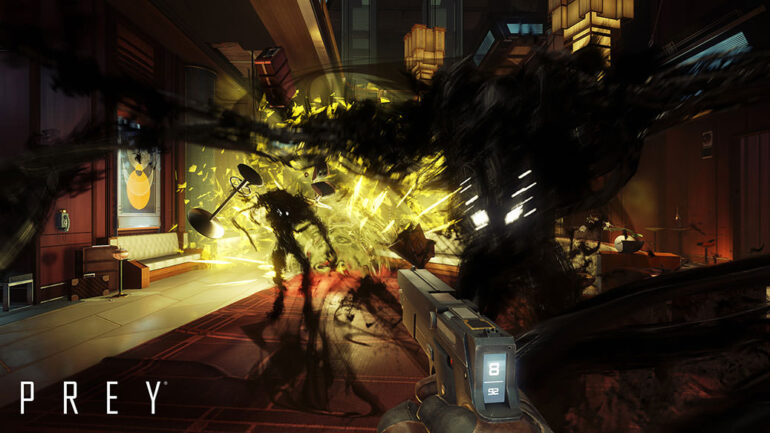 Bethesda has been known for providing review copies to media outlets on launch-date since their announcement on that new policy. However, it seems that this is the first time Arkane Studios received a lower score from the big publication outlet, IGN. Dan Stapleton, IGN’s Executive Editor, has scored the PC version of Prey with a 4/10 (Bad) due to technical issues he experienced in the game like corrupted save files, frequent crashes when loading new areas.

Previous Arkane titles like Dishonored and Dishonored 2 were scored with 9.3/10 and 9.2/10 respectively. Dan reviewed Prey on PC. While the previous games were reviewed on consoles.

“Everything came to a screeching halt when, after 34 hours played, all my recent saves suddenly became corrupted, destroying five hours of progress.” Dan stated on his review. “I grudgingly went back to the most recent working save, but soon ran into a different but equally awful problem: every time I tried to leave the cargo bay and load a new zone, Prey crashed to desktop.”

Dan did contact Bethesda about the problem, and Arkane provided him a new save file but still ended up with frequent crashes and corrupted saves.

If you can believe it, I'm now being yelled at for giving a game that straight-up broke on me a negative review. #cantwin

He posted a tweet sayin that he’s being “yelled at” for giving Prey a low score. Comments in the discussion of Dan’s tweet showed that some users didn’t agree since other publications got minor issues. PCGamer and PCWorld stated that the PC version was perfectly mine and only suffered minor performance hits unlike Dishonored 2.

It’s a given fact that issues arise on PC as the platform has different kinds of builds — e.g Processors, GPUs, etc. Optimization is somewhat left out on certain titles especially the likes of Batman: Arkham Knight.

IGN’s video review of Prey received more dislikes than likes. It garnered around 2,934 dislikes while only having 1,062 likes at the time of this writing. IGN stated a comment on the video:

“Please take notice that this review applies exclusively to the PC version of Prey. We’re currently playing the console versions to see if we encounter similar issues, and if not we will score them separately at a later date.”

We can expect another review of Prey on a different platform soon from IGN.

Reviews vary, they’re a subjective piece, and that everyone is entitled for their own opinion. IGN is a big publication and they receive all platforms of a game. They could have had reviewed Prey on the most optimized platform — the PS4. Majority of the big publications like PlayStation LifeStyle, Polygon, and Game Informer gave Prey a score of 9/10, 8.5/10, and 8.3/10 respectively.

Our review of Prey is currently in the works as we just received our copy yesterday. Stay tuned for that!