Dark Rose Valkyrie in all intents and purposes is a JRPG. JRPGs are supposed to be one of the best things out there. Some may flop and some may soar high like Persona 5. And there are those games that try to be the best but fail hard at it.

The game tries to cram a lot of the good things from other JRPGs and hoped for the best that the outcome is some stellar game. What happened instead was like opening pandora’s box and what came out was a lot of disaster. So what was good about this game, maybe there is? Let’s find out and dive into it. 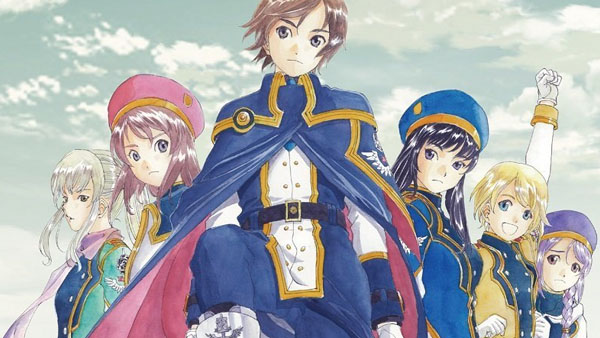 The game sets you up in a post apocalyptic world where a virus has ravaged humanity. The virus infects people and turns them into beasts that eats up other people. Males are supposedly have a higher risk of getting infected over women so the government decided to make up a task force of women that has higher tolerance to the virus. These group of individuals along with the protagonist fight against the monsters that are now called the Chimera.

As captain, you lead a group of seven people each of which specializes a specific melee-range hybrid weapon. I’m not really sure what the difference is but they all seem to function the same. They do look a lot like the weapons in God Eater. They are larger than life and can turn from sword to gun in an instant.

Combat is very straightforward and borrows heavily from Grandia‘s / Child of Light‘s Active Time Battle System. For those who aren’t familiar with it, there is a time gauge with face icons of your enemies and allies which will tell you whose turn it is to move. Attacking someone causes your turn to get stalled a bit and depending on your timing, you can even stop someone from acting at all. If you don’t really want to deal with the enemies you can just use Auto to get the fight going without your input. 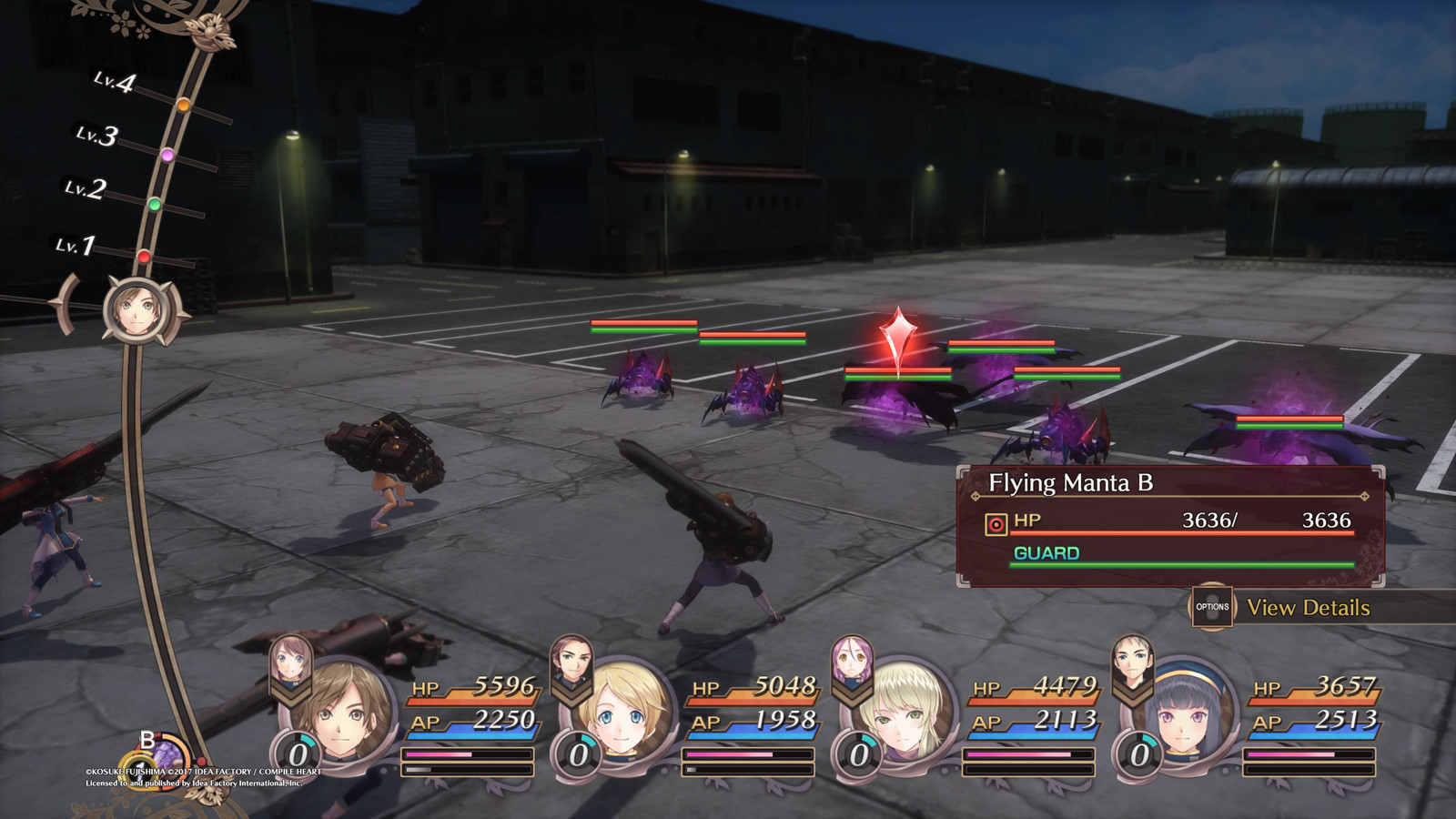 Encountering and fighting enemies is similar to that of Grandia as well. You can see the enemies roaming around on the dungeon area or on the world area that you traverse. You could also say that it’s similar to Tales Of games because you can sneak up on enemies and tap them with your weapon so you can act first during battle. Similarly, if the enemy spots you first they can pursue you and have the upper hand in battle. I find that this system was executed poorly because you can’t really tell the area of the hit box of which they use when you attack the enemies to initiate the encounter. I also thought that if the enemy spots you and you face them head on won’t initiate the surprise attack but there were times that it still happened. Maybe the system is bugged, I don’t know, but I gave up on figuring out how it actually works.

The game also gives me a vibe of Final Fantasy Type-0 since you don’t necessarily get introduced to your group of allies. They just get handed to you on your lap and you basically don’t really care who they are. Maybe it’s like a job simulation where you are assigned a group of people and as team leader it’s your job to get to know them on the spot. Their background stories do unfold in the story but it feels very bland and lacking. It didn’t give me that feeling that I should care for their stories. Nothing was really special about them and each of their individual backgrounds became too convenient to become part of the story plot. What mattered to me was that they function as someone who can help me fight and nothing else.

The game tries to throw all the tutorials at you all at once. You encountered your first battle? Here have 200 tutorials on each of the commands. It got annoying that I didn’t bother reading any of them because I just want to get into the battle. It was so overwhelming and so distracting that I’m pretty sure I ended up having no idea what I was doing. 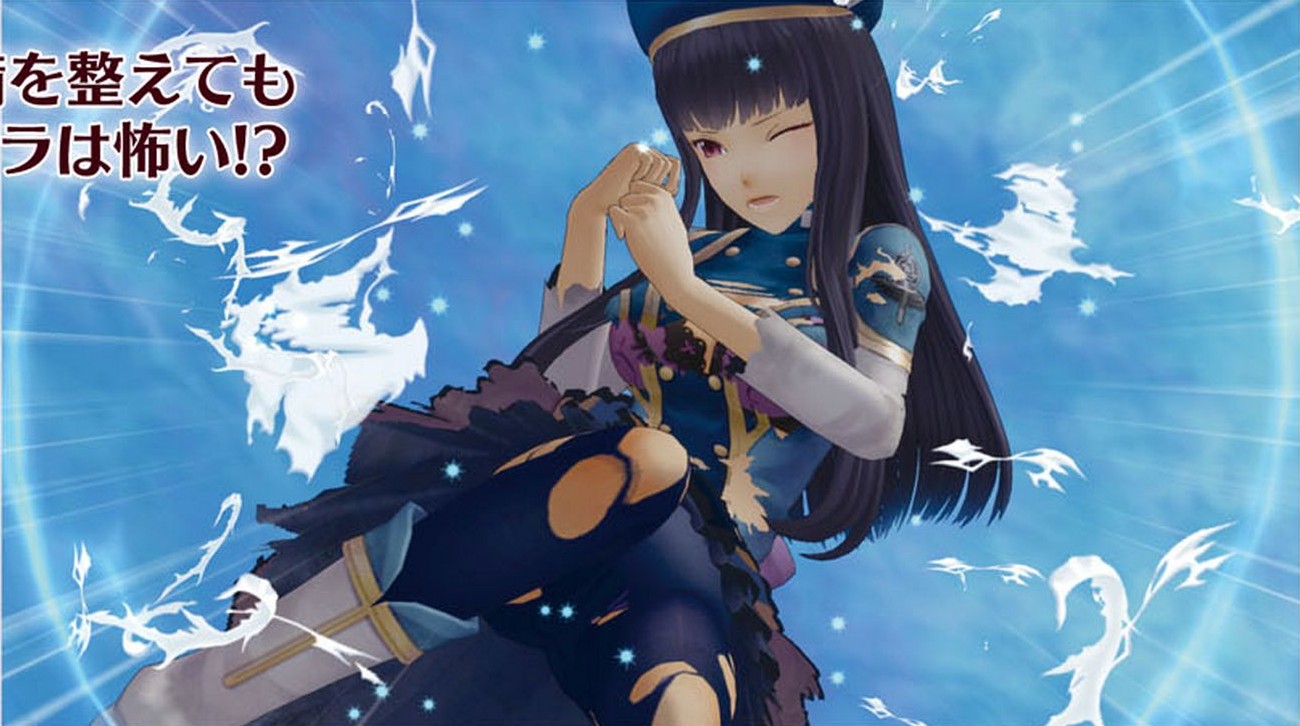 The game for some reason also has a wear and tear mechanic on the character’s outfit. Your characters have an outfit that they wear during battle and the more you use it, the more prone it is to damage. The outfit has a set durability and when it reaches zero, you’re suddenly left with a character in their underwear. Yes. A clothesless character that doesn’t fail to point this out to you as they scream how cold it is because they aren’t wearing anything. I found it funny at first but then I just ended up groaning everytime it happened as it seems that it’s too distracting and just really takes away from the game. I dare you to play this game in front of your parents and explain to them why your characters are suddenly topless. That should be a fun night.

Another thing that put me off was the fact that in order for you to progress with the main story, the game forces you to do sidequests. You must be thinking, what’s wrong doing with sidequests? You do it normally in other games. Oh for sure, sidequests give a whole new element to the game and it keeps the game fresh and interesting. But what’s annoying is the specific sidequests it forces you to do. The sidequests that you need to do in order to progress are the Monster file archive quests. What this quest lets you do is encounter specific enemies in specific dungeons and make sure you have them completely analyzed. What their weaknesses are, what their strengths are, and what items they drop. So unless you’re an all-around player who uses all skills and spells and kill all the enemies you encounter, then it’s going to be a long ride to getting to that next objective.

The items and weapons shop doesn’t seem to have any variety in stocks. There is only one item shop and it seems you can’t even buy a new weapon. All you can do is upgrade your weapon, the same weapon you’ve been using since the beginning. There’s another shop though that lets you exchange medals to unlock certain skills and spells or formations. But again it doesn’t really give you new weapons. You can get the medals from completing missions or sidequests. 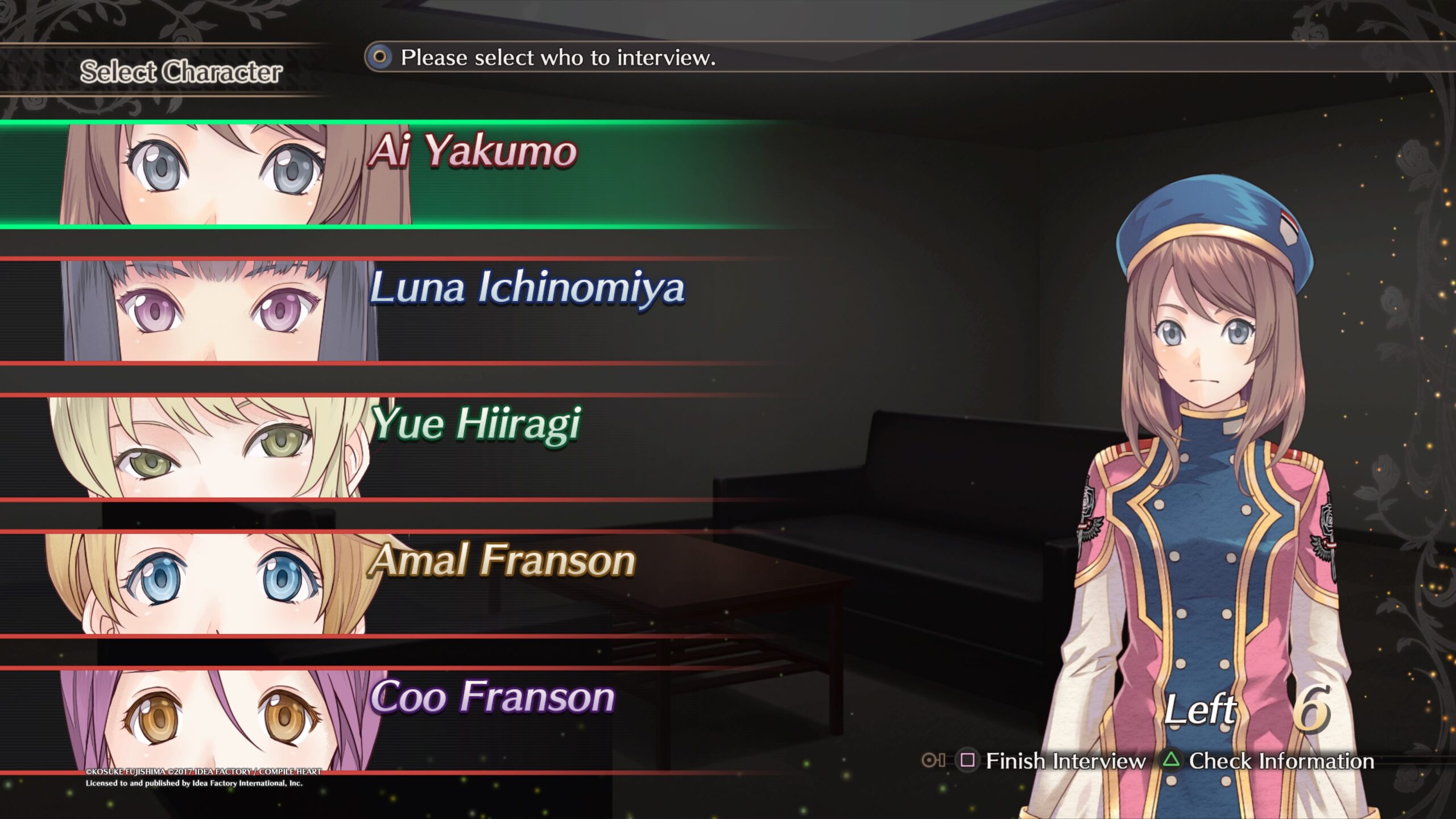 The game also seems to try and copy the confidant system from the Persona series as you have the option to take the time to get to know your comrades. Talking to them regularly increases their respect level with you which is represented by stars. The more stars your comrades has means a combo skill gets unlocked. These skills are skills that you and your comrades share similar to Tales Of and Chrono Trigger where skills are combined from 2 or 3 allies to exact a devastating attack on the enemies.

Your attacks are also a string of ability skills that you can setup before any battle and it ranges from the first to the fourth level of attacks. The higher the level of attack, the longer you’ll have to wait to execute them. This also applies to skills and items as each skill and item has a designated level.

Overall, Dark Rose Valkyrie is trying to be a game that will supposedly surpass all the other JRPGs but instead it flops hard with all the mess it created. It’s trying to be too many games all at once and it can’t seem to decide what it should be that it loses its identity among all the features. What could have been a breakout game became a game that I would easily want to forget.