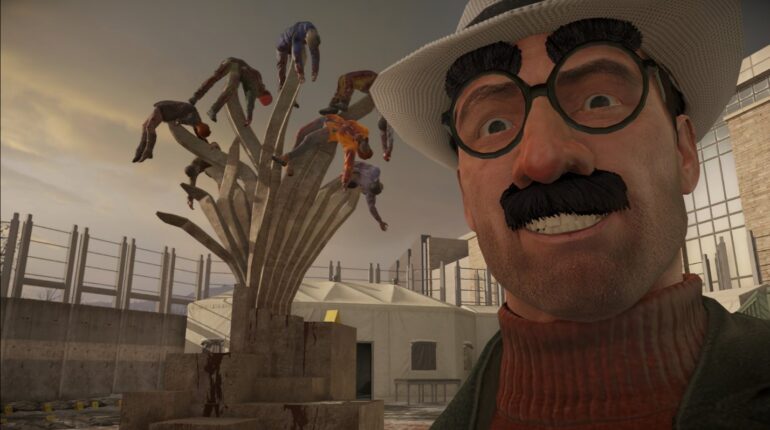 “I’ve covered wars, you know.” the line that skyrocketed Frank West to popularity more than a decade ago, indicating that being a journalist in a warzone does not immediately turn you into a gun-toting badass, but instead gives way for some zany over the top gory goofs that still holds up even after being the 4th installment in the main franchise. If there is one word to describe Dead Rising 4, it would be: ENTERTAINING. 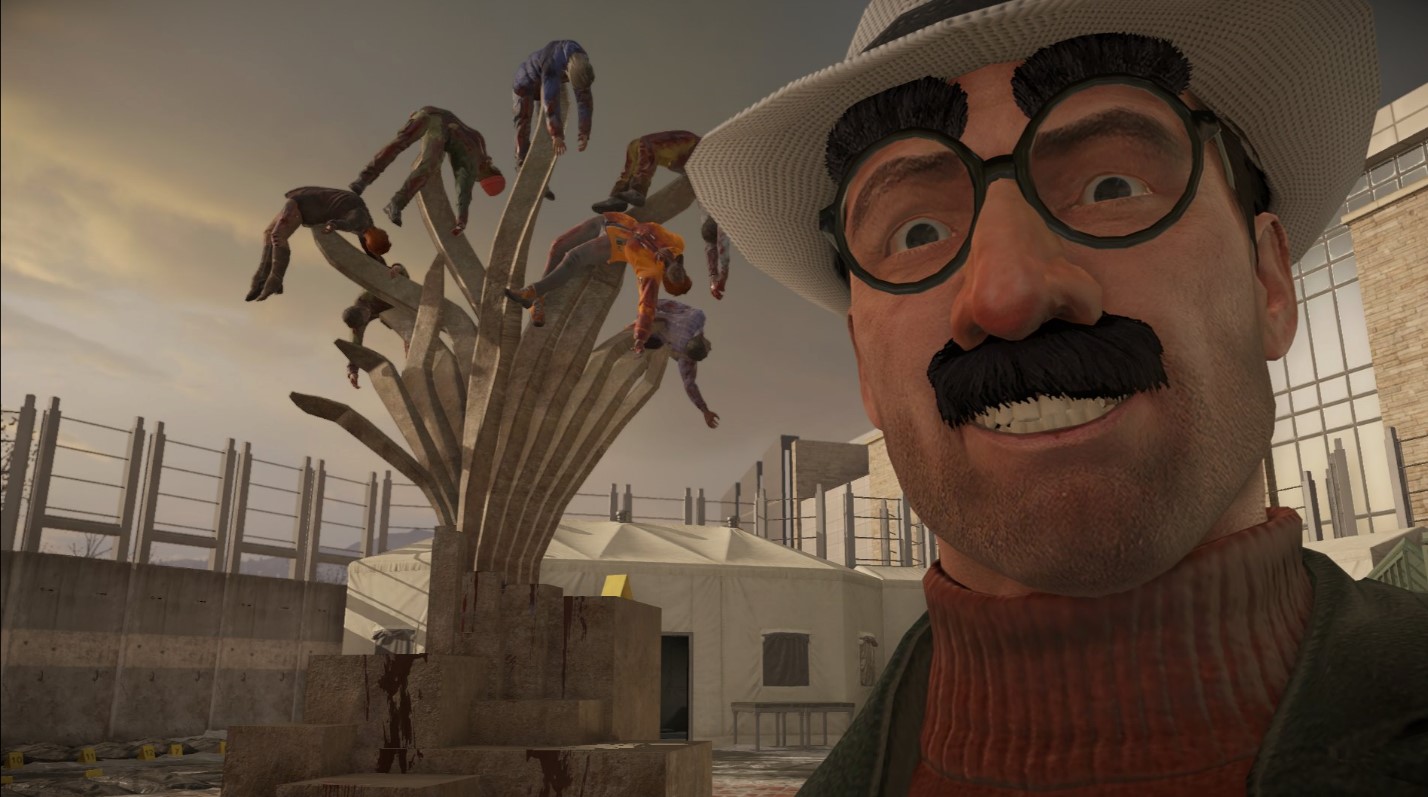 Dead Rising 4 is a game that was aptly released on December 6th, 2016. It is available for Microsoft Windows and Xbox One. Why aptly? It’s apparent that the entire theme and aesthetics of the game revolves around the Christmas season, while looming allusions of Black Friday anti-capitalist heavy handed themes are implied. The tone of Dead Rising 4 while mostly comedic—contains a fair amount of conspiracy theories and social commentary; I myself would have preferred if they just went all out wacky for the main story but the material presented is tame enough for anyone playing to not overly groan during crucial plot points. 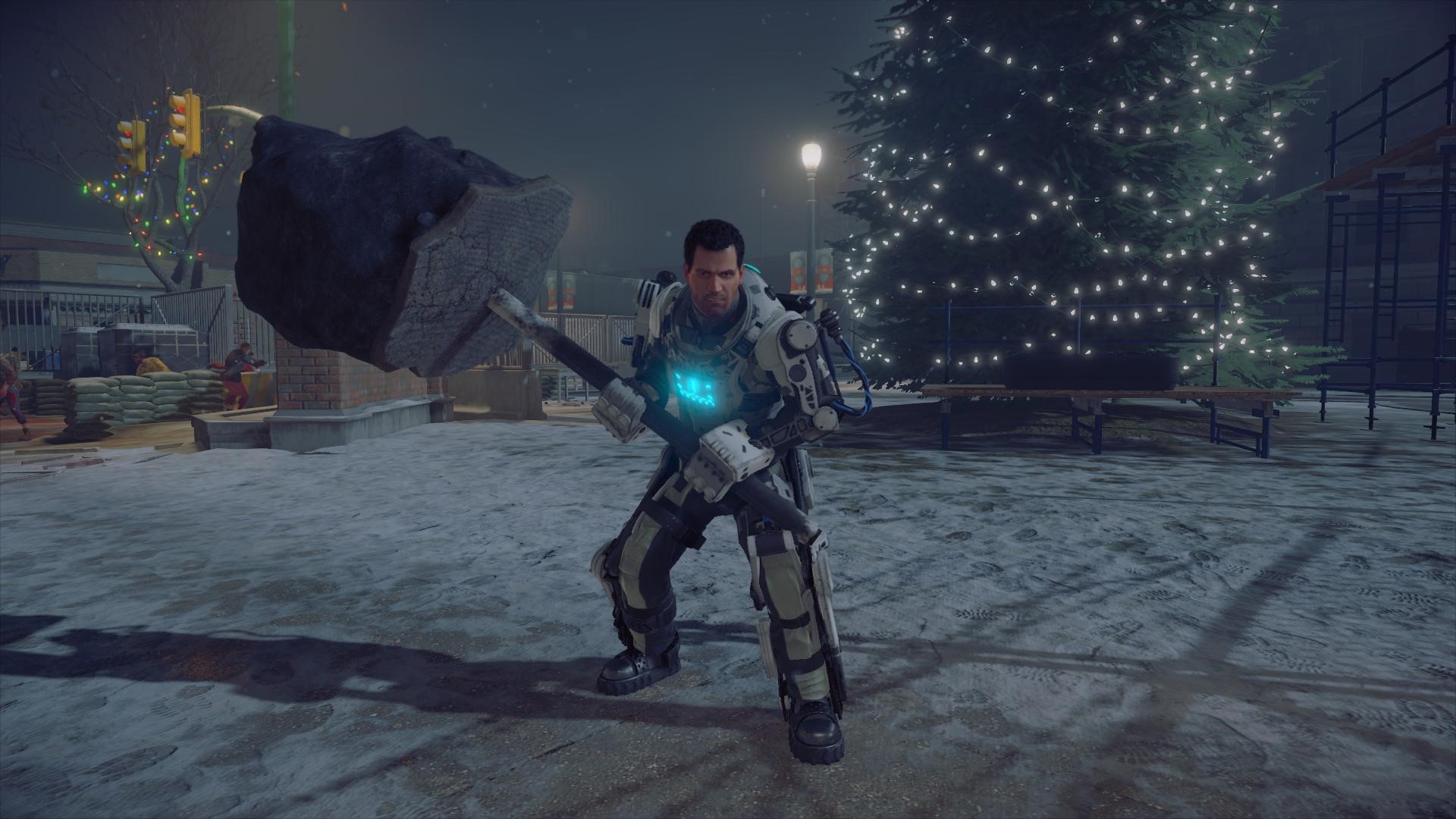 The game is set 16 years after the original outbreak from the first game and Frank West’s name has been buried underground after an attempt to expose the US government and their connection with the zombie outbreak. Frank is retired, and laying low—that’s until the ghosts from his past decided to drag him back to this (fun) hell where you will meet new characters that you will either love or hate depending your own personal taste in humor, if you fancy puns and one-liners that 80s movies popularized then the scenes in-game will surely be something to look forward to.

With that said, you’re already probably hammering the skip button to get into the action, and this is where the game truly gets amusing. While combining weapons and items to satiate your sadomasochist fantasies through chopping, hacking, bashing, shooting, slamming, incinerating, exploding and a plethora of other ways to dispatch the zombie horde remains unchanged, one of the better decision in my opinion was the removal of the countdown timer. This divided many fans who argued that it removed the needed tension from a survival horror game, I disagree. To me, Dead Rising has always been about having fun, and being creative with your carnage; you put together a ridiculous makeshift weapon and kickass with it, and the gameplay mechanics in addition to the earth-shattering Exo-Suits really illustrates it with the easily spammable special moves that helps you clear waves of the undead while looking awesome doing so. I can now do it without having to worry about the impending game over screen that punishes me for enjoying the game too much in a game that is meant to be FUN.

One of the more hilarious features in the game is the addition of selfies. Yep, selfies. It may seem gimmicky and superfluous, but you would be surprised how amusing some of your photos can be. A gut-wrenching scenery can easily be transformed into a goofy selfie, removing all the emotion put into them and replacing them with immaturity, because why not?

By the end of the game my stats read: 13,552 kills, with 33,145 liters of blood spilled. All done in the span of 11 hours, doing some side quests, and pretty much all the Maniacs side quests which by the way are the new version of this game’s Psychopaths—the difference being that they are more cult-like rather than memorable independent wackos. They aren’t in itself bad and they do have their own “charming” personalities, but they feel less engaging and less notable due to the fact that they don’t have any cutscenes that introduces them unlike the prior ones from the series. 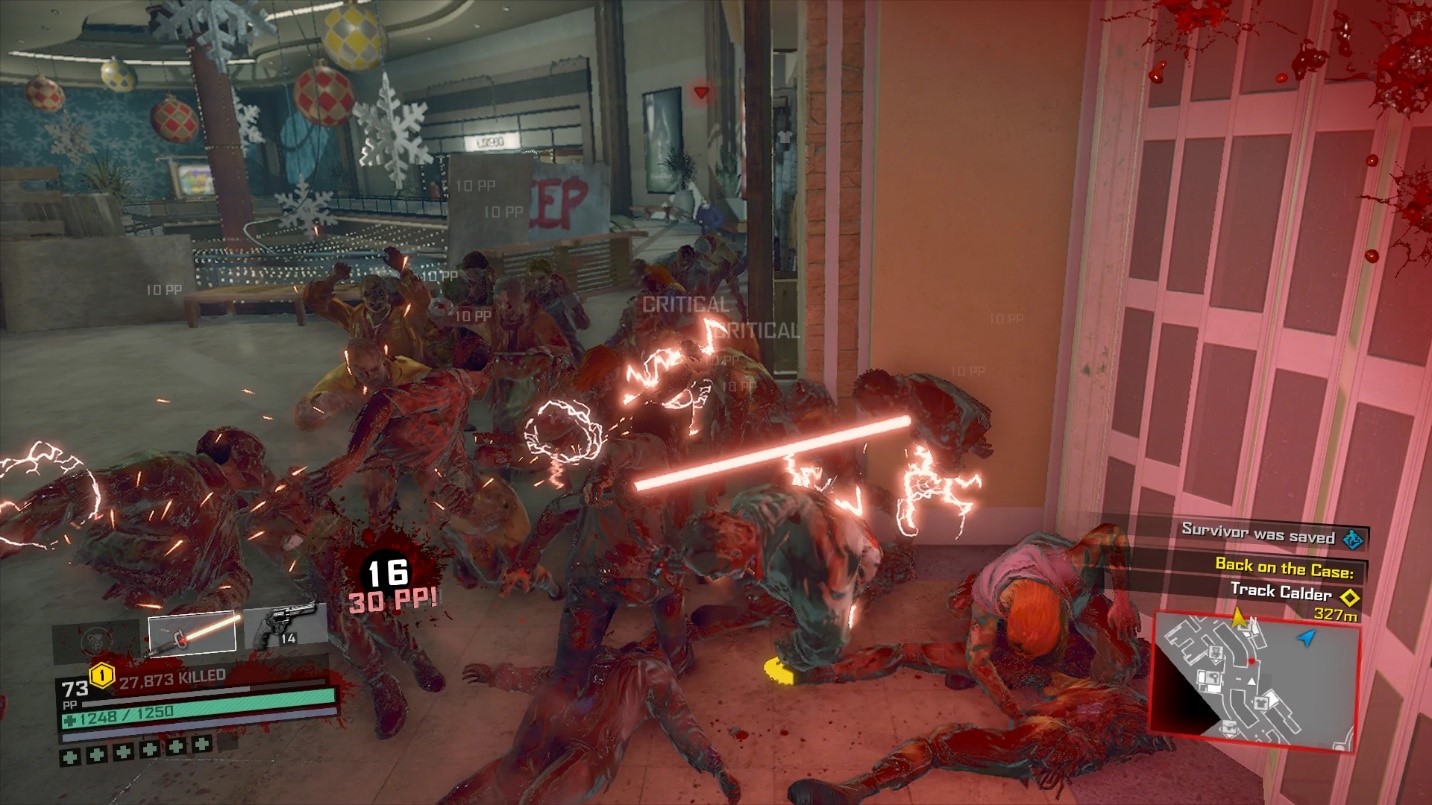 We are back in Willamette all together with the elevator music that is actually nostalgic from the first game. Take a break to pause the game, and you’ll immediately hear Christmas music playing everywhere amidst the bloodshed and brutality, the juxtaposition is difficult to miss.

Having played this on the PC (GTX 1080, Intel i7 4790k, 16gb RAM) the graphics for the most part are underwhelming, not terrible, just nothing worth mentioning. It runs fine for the most part at 60 fps with occasional frame drops under heavily crowded scenes. At times sound randomly cuts off until you trigger a cutscene or reload your game. The loot searching animation can at times be finicky, locking you in an animation loop, and the usual texture streaming issues that are found in modern games are present.

Despite that, all the usual graphical settings such as anti-aliasing, texture quality, shadow quality, zombie quality (put this at least on high, as the zombie variation is quite limited) v-sync are all present. A surprising aspect of the Windows Store PC port is the inclusion of proper in-game 21:9 aspect ratio support for those who care. The menus and cutscene are still rendered at 16:9 but at least the gameplay portion runs beautifully.

If ever you plan on getting this from the Windows Store be prepared to download a whopping 58gigs worth of data. Make sure your internet is stable or the download will fail and start all the way from zero, I learned this the hard way (Thanks for letting me download the game at your place, Dale!). If you are itching for some multiplayer action, then I can’t really say much because it’s pretty much dead on the Windows Store version. I tried searching for matches during different times of the day, yet I could not connect to single one.

As you can tell Dead Rising 4 is a flawed experience. Veterans of the series dislike it, a myriad of technical issues (on PC), and a relatively short and lack luster campaign prevents it from being a great game altogether. If, however you can look past its blemishes and just focus on the fun part of the game then you will be rewarded with a giddy smile while getting covered in organic paste. I recommend waiting for a huge sales drop before picking this one up.