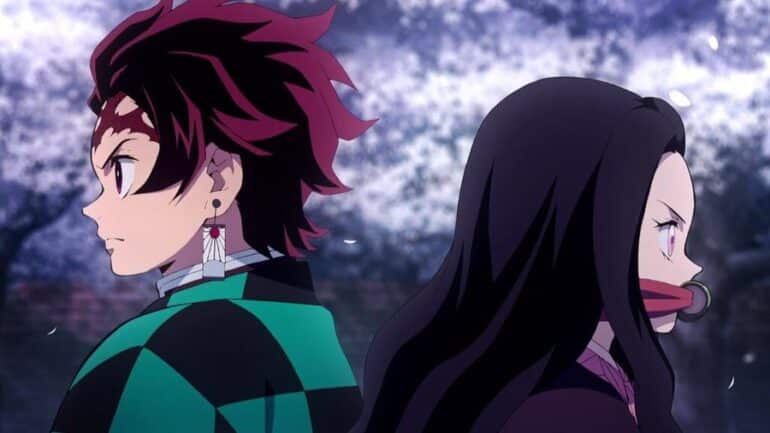 The first episode of the Demon Slayer: Kimetsu no Yaiba premiered in 2019 and quickly became a sensation in the anime community. The stunning animation and adorable character designs impressed viewers right away, and an engaging plot held their attention until the very end of each episode.

“Sound Hashira, Tengen Uzui” is the opening episode of the Entertainment District Arc in season 2 of Demon Slayer. The premiere will be a one-hour special, including Aimer’s theme music for the show’s opening and closing credits.

Aimer will play the song “Zankyosanka,” as well as the finale song “Asa ga Kuru,” for the remaining of Season 2’s episodes till the end of the season.

Anime fans around the world are eagerly awaiting the second season. In this post, we’ve included all the information we know about the second season of Demon Slayer, from the plot and casting to the release dates and even a few tidbits about the episodes themselves.

New characters were introduced in a new teaser for Entertainment District Arc released on November 28 by the Demon Slayer franchise. Tengen Usui will be in charge of the next mission after the flame Hashira departure.

Based on the renowned manga by Koyoharu Gotouge, The Demon Slayer is a popular anime. There were 26 episodes of the first season, which was released in 2019.

As the story unfolds, we learn about Kamado Tanjiro, a young man whose family was massacred by demons and whose sister was turned into one by the demon king. He embarks on a mission to find a cure for his sister, while also learning how to combat demons and gaining new friends along the way.

In October 2020, the movie Demon Slayer: Mugen Train (Kimetsu no Yaiba: Kydai no Kizuna) was released. It was a huge hit, quickly surpassing $400 million, making it the highest-earning anime and Japanese film ever.

Season 2 of Demon Slayer picks up soon after The Mugen Train. The Mugen Train miniseries will serve as a precursor to the major story in the second season. The story will move to Yoshiwara, Japan’s famed red-light district, for the Entertainment District arc. Tengen Uzui and the Sound Hashira will hunt infamous demons in Yoshiwara. Daki, one of the Twelve Kizukis, will be a major opponent in Demon Slayer: Kimetsu no Yaiba’s Entertainment District Arc.

The characters will have to contend with the loss of Kyojuro Rengoku, the Flame Hashira, personal demons as well as actual ones, while deepening their relationships.

For Demon Slayer’s second season, much of the original cast and staff will return. There’s Natsuki Hanae as Kamado Tanhiro, Hiro Shimon as Zenitsu Agatsuma, and Yoko Matsuoka as Inosuke Hashibira, the series’ demon slayer protagonists. Katsuyuki Konishi, best known for his roles in Fairy Tail and Jojo’s Bizarre Adventure, will voice Tengen Uzui, the Sound Hashira. As a director, Haruo Sotozaki will also be back.

This season’s theme song will be performed by LiSA, who sang it in the first season. To begin and conclude the Mugen Train storyline in Season 2, LiSA has provided the music. The series’ first song, “Akeboshi,” can be heard before moving on to “Shirogane,” which is currently playing in the background.

In addition to their work on the first season of Demon Slayer, composers Yuki Kajiura (Sword Art Online) and Go Shiina (Tekken) will return to score the second season.

Season 2 of Demon Slayer will use the same animation studio as Season 1, Ufotable. One of Ufotable’s early works is the anime series Fate, and anime fans throughout the world have lauded its distinctive style of animation.

How many episodes are there in Demon Slayer Season 2?

Season 2 of Demon Slayer will consist of 18 episodes, which will include the seven-episode Mugen Train miniseries. With this, the total number of episodes in the Demon Slayer Season 2 Entertainment District Arc reaches 11 episodes in total.

How to watch Demon Slayer Season 2?

A total of 30 Japanese television channels, including prominent networks like Fuji TV and Tokyo MX, will air the whole second season of Mugen Train and The Entertainment District. In a post titled ‘Kimetsu TV News Announcement Special,’ Aniplex, the company behind the anime adaptation, announced the news on July 13.

Funimation will air the second season of Demon Slayer in the United Kingdom, Ireland, the United States, Canada, Australia, and New Zealand. ‘Demon Slayer Season 2’ and the seven-episode Mugen Train miniseries that precedes the Entertainment District arc, which began on October 10th, will be broadcast on Funimation, Hulu, and Crunchyroll as well.

There are a number of other streaming platforms that have also licensed the show, such as Netflix, which premiered the first season of the anime series in January 2020 to an even bigger worldwide audience. Even more people saw Mugen Train thanks to its simultaneous distribution on digital platforms that included Apple TV, Google Play and Amazon.

We are hoping that Season 2 of Demon Slayer: Kimetsu no Yaiba is on our favourite streaming providers or broadcast network before anyone reveals the plot.