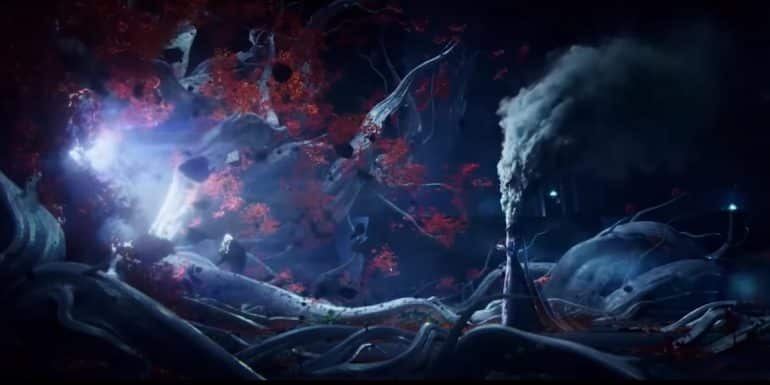 This article cannot be 100% as these are just leaks and it will never be 100% realistically. But these leaks do tend to get the general details right though they slightly differ from the official release.

But we’ll see as we get close to Lightfall.

This leak comes from Pastebin, as most leaks do, and it covers the story for the Lightfall expansion. The post went up on December 11, 2022, and has since drawn the attention of the community. This big leak in particular did run counter-narrative to some previous leaks that have been floating around as of late.

But bear in mind, not everything is going to be true with this leak. A part of it can prove to be true. All we’re saying is that it has gained enough traction that the general consensus is that “it can’t all be not true.” Well, pretty par for the course for much of the history of Destiny 2 leaks.

Based on the leak, the Guardians learned about Strand as a byproduct of the corruption done to the Traveler through Xivu Arath.

Unfortunately, it seems like Strand isn’t going to be important to the story, as per the leaks. This is probably the part that we don’t want to find out to be true. After “Beyond Light”, we’d like to see the same level of importance put on Strand as Stasis did. Maybe even more so. To have it demoted to a simple gimmick is a disservice.

That’s all we have for now on Strand. The next part of the leaks covers the story of Lightfall.

According to this leak, “Xivu and the worm gods are first to arrive at the city. They drain and weaken the Traveler and cause us [The Guardians] to scatter.” This supports the trailer we’ve seen from the recent game awards where the Guardians engage enemy forces on Earth before evacuating the planet.

We’re just going to paraphrase past this point.

Out of desperation, we travel to Neptune with Osiris where we witness Cloudsriders destroy a pyramid scale as we arrive. Tormenters spawn out of the ruined pyramid and kill the Cloudsrider elder, Cumulus.

As of this season [Season 19], Calus is already at Neomuna searching for the “veil”. It is said that it is key to the Traveler, allowing access to a dimension of pure light where the Witness is trapped in. This is also why the Witness has played a very minor role in the story so far.

The Dimension of Pure Light is the antithesis of the black garden, likely to have some connection to the Final Shape. It is referred to as “Origin Point”.

Xivu Arath wants to “kill” the Traveler but the Witness demands she doesn’t. The Witness then revives Nezarac and sends him to kill Xivu Arath instead. Basically, the 3 disciples end up killing each other off. Nezarac “dies” after killing Xivu Arath and ramming her pyramid into the Traveler under the Witness’ orders.

Lightfall ends with the Witness being set free, delivering a monologue while dark entities emerge from pyramids around the system due to Witness’ growing influence. The Witness then takes over Mars.

The leak states that the Raid will “take place in the zone where the pyramid and Traveler intersect”. It is inspired by 60s psychedelia visually. A prominent mechanic is going back in time to the Collapse to change history and weaken a revived Nezarec. The first boss is a massive tormenter.

The following is a list of things that we’re going to get alongside the raid.

According to the leaker, season 21 will involve “fanatic, western theming”. Either Garden of Salvation or the Last Wish raid may receive a refresh during that season. A new Crucible game mode with decreased TTK [time to kill] and longer ability recharges will be introduced.

Season 22 – Wrath of the Machine. That’s all the leaker knows about it.

Here, we’ll just put in all the interesting stuff that has little or no connection to Season 20 and beyond.

Certain unused zones of older patrols will be removed to save space, such as a decent chunk of the EDZ.

Bungie interested in upping the “general difficulty” of Destiny.

Bungie has been debating on the old tower coming back or a brand new social space to debut in game LFG in, pretty much locked in for Season 22 alongside Wrath of the Machine.

Final Shape Subclass has a whole new physics system dedicated to it and will “fuck everything up in a really cool way”.

Bungie badly wants to include Mars, the Black Garden, and Titan in more content but just isn’t sure where it would fit right now. Black Garden may fit in Final Shape but apparently, they’re concerned about using an old area in an expansion.

The veil was something planned since the early days of Destiny 1.

Lance Reddick has trouble delivering lines for Season 20 without crying.

Bungie wants to toy with more seasonal themes like Plunder, movies like the Good, the Bad, and the Ugly, Bladerunner, and Apocalypse Now being named as inspirations for future seasons.

This section talks about Bungie – their thoughts on the community, the future, and whatnot.

Bungie is planning on taking a “year break” after the Final Shape’s final season to work on their dev tools. After this, they want to release “anthology expansions” for a few years that aren’t connected to any big overarching story before they get into a new saga.

Luke Smith is in much better health after stepping away as game director.

They were extremely proud of the Leviathan and Seraph Station mini patrols and want to do it again.

Feelings about the Destiny community are at an all-time negative, especially noticeable the closer you are to the PR teams.

Bungie is optimistic about releasing new IPs but the majority of company focus is still on Destiny for the long term as it’s bringing in way more money than most people realize.

Bungie apparently now sees a $60 “box product” as something they’re not interested in, almost beneath them.

Both Sony and Bungie are interested in Destiny “becoming the new Star Wars”.

Check out this video from YouTuber Redrix where he goes over a recent Destiny 2 Lightfall leak that suggests a certain disciple of the Witness will return as part of the next raid.