Disney Dreamlight Valley: where to find & how to use the Royal Tools 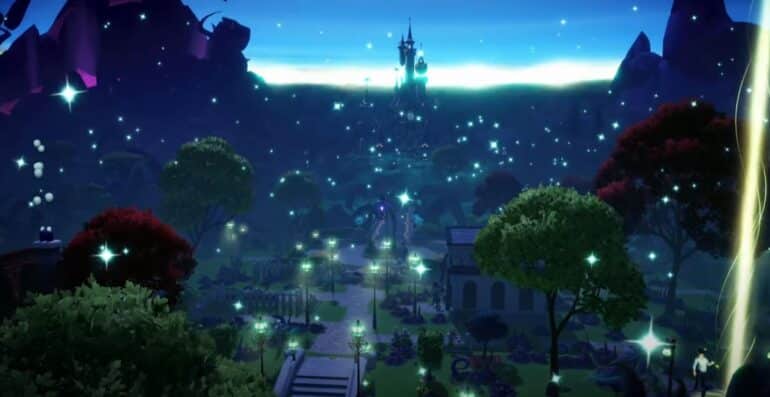 Finding a set of Disney Dreamlight Valley Royal Tools is essential if you want to make the most of your time in the game. In life simulation video games such as Sims and Animal Crossing, players need the proper tools to construct buildings, houses, and more to make their lives simple and unique. You can use these for fishing, gardening, rock-smashing, and all sorts of activities.

As you get started on the campaign, Merlin gives you the quest to locate the Royal Tools, and you’ll need to do so before you can proceed with the main story. There is a series of equipment that are needed to be found in the game known as the Royal Tools and each tool has a designated purpose.

To unlock the Royal Tools, players must vigorously search around the map to find them. We have created a guide on where to find these Disney Dreamlight Valley Royal Tools easily and how to use them.

The royal pickaxe is one of the 1st royal tools to be found in the game. Its location can be determined by solving the hint given to the players. Once the hint is given, head to the Southeast region of the Plaza, find Scrooge McDuck’s shop, and follow the path alongside it where you can large boulders covered in vines. From there, you can see the pickaxe on the ground and you can just pick it up.

How to use pickaxe: The pickaxe is used to break ground rocks and rocks on walls. If you smash these rocks, you might find valuable gems like emeralds that you can sell or use in quests.

One of the easiest tools to find in Dreamlight Valley is the Watering Can. The tool used for planting and decorating roadways and more can be found nearby your house in the game. Just head outside of your house and head towards the left side where there are barrels. Go behind the barrels and the Watering can be found.

Located in the Plaza is the Shovel. On the opposite side of the Plaza facing your house, head east and find Chez Remy’s kitchen. In front of the building, the shovel can be found and players can pick it up.

How to use shovel: The shovel has multiple uses, including digging holes to plant seeds and excavating golden glitter spots to find minerals and treasure.

The last of the Royal Tools, the Fishing Rod is actually one of the tools that are hard to accomplish. To obtain the royal fishing rod, players must head to the middle of the meadow and find a pond and beside it is a broken fishing rod. Pick it up and go straight to Goofy. Present to him the broken rod and he will give you instead the Royal Fishing Rod in exchange.

How to use fishing rod: The royal fishing rod is used well…to catch fish. In water, colored circles with bubbles indicate nearby fish. Hold the spacebar or right mouse button to cast your rod until the little circle enters the fishing circle. Then, left-click to “capture” the fish before the circle moves inside. Left-click when the outside and inner circles meet. If the circle is green, you clicked on time; if it’s red, start over. Repeat this two or three times to catch the fish. Also check out our complete guide on How to Fish in Disney Dreamlight Valley.

After finding the four Royal Tools, you can return to Merlin and conclude the quest.