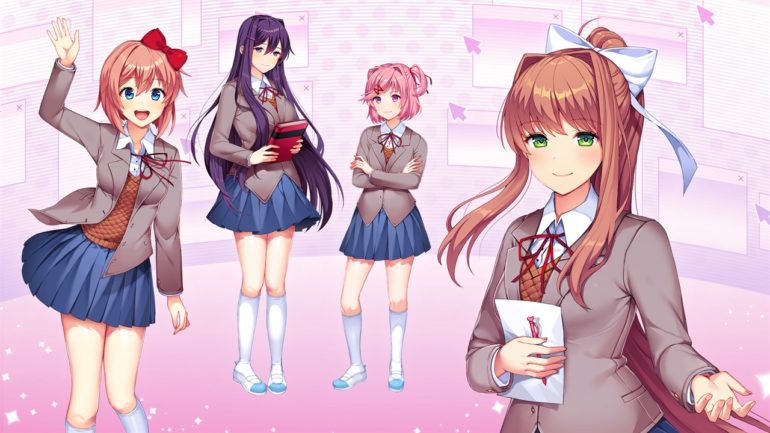 Developer Team Salvato and publisher and co-developer Serenity Forge today released Doki Doki Literature Club Plus across PC, Nintendo Switch, PlayStation 4/5 and Xbox One. Purchase the game digitally for $14.99 or pre-order the physical edition with your preferred retailer.

Today’s release was accompanied by a brand-new trailer that showcases the adorable, chilling experience that DDLC Plus has in store for players.

DDLC Plus puts players in the shoes of a student who joins his school’s literature club at the request of his childhood friend Sayori, and meets other members Natsuki, Yuri and Club President Monika. Soon, the player begins writing poems and grows closer to the other members – is romance in the air? Hailed by millions as one of the most disturbing games in a generation, DDLC Plus is the ultimate psychological horror narrative experience.

DDLC Plus is bursting at the seams with hours of Side Stories that expand the world of Doki Doki Literature Club, exploring themes and ideas that will give players a deeper understanding and sense of connection to each and every character and their individual relationships with one another.

Doki Doki Literature Club Plus is now available on PC and consoles.