Also check out that Black Friday Sale for the original game! 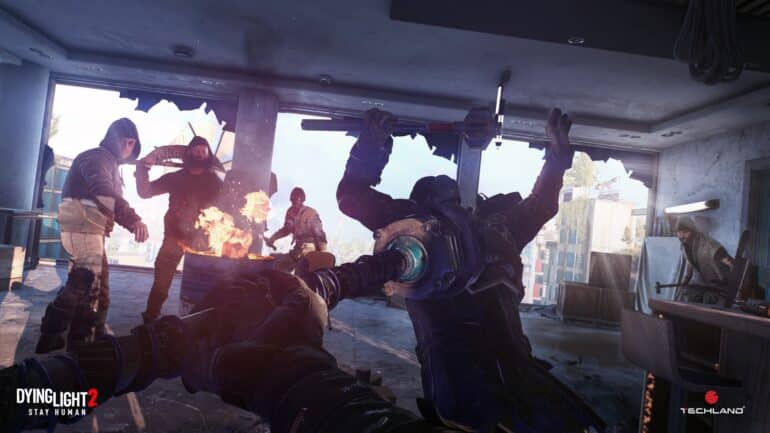 In the latest press release that Techland shared, there will be a new Dying Light 2 Stay Human 15-minute gameplay video soon in an upcoming episode of D2K.

According to the developer, Episode 5 of D2K or Dying 2 Know will debut the new 15-minute gameplay video of Dying Light 2 Stay Human. This web series will give players new details about the world of the upcoming game. The fifth episode will be broadcasted on December 2, 2021 at 9 PM CET/ 12 PM PT on the Techland Twitch channel.

Fans and newcomers will expect the new gameplay clip and more details and it will be hosted by Jonah Scott, the voice of the main character Aiden Caldwell together with streamer Leah.

The video will include a lot of details about the quests and obstacles that the protagonist will face. It will also show how Aiden survives living in The City and how his traversal moves saves his life from constant danger.

Aside from the upcoming gameplay video, Techland is offering Black Friday Sale for its original game Dying Light Platinum Edition or Dying Light Enhanced Edition. It will now be at a special price of $19.99 on Steam, PlayStation Store and Microsoft Store.