Dyson Noise-Cancelling Headphones Has Its Own Built-In Air Purifier

The future is now with headphones. 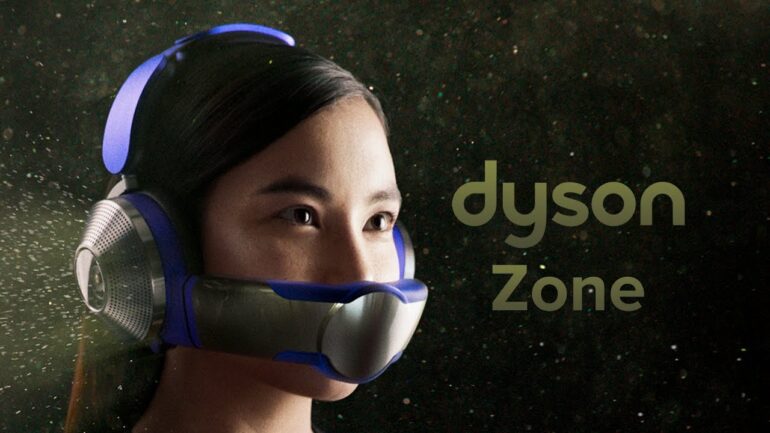 What if you can combine purify the air you breathe and also enjoy the music in one gadget? Look no further as Dyson has already made these awesome noise-cancelling headphones with its own built-in air purifier.

When you talk about Dyson, you would think about vacuum cleaners and fans, but currently they are into gadgets that are hip with the current generation, like headphones. Since the pandemic hit though, it has been one big advantage for people to have a gadget that would purify the air from anything that could harm you like COVID-19. Razer had that idea and it was the RGB air filtering face mask, which was ridiculous to some, but fans loved it. Now Dyson has joined in with the hip crowd and created headphones that not only delivers clear sound with noise-cancelling features, but also purifies the air you breathe.

It is called the Dyson Zone, a set of high quality headphones with active noise cancellation technology built-in, which is one of the main selling points. The headphones would seal around the ears firmly and a microphone would listen to the sound around them and would then neutralize said sound before it could reach the ears. Brilliant right? Now you will have to look at the rather noticeable feature that covers the mouth and nose.

This (weird) mouthpiece is designed to provide the user with air that gets purified in the headphones. Where does it filter the air you ask? Well, the filtration system is inside the ear cup, which “sucks in the air around you”, filters it, and then pushes that filtered air on your face. It offers an easier way to breathe rather than having a hard time breathing through a face mask that usually makes it harder to do so.

Do note that the Dyson Zone has been in development for six years already, which means way before COVID-19 has struck the whole world. Dyson has not specified that it would be helpful in preventing viruses, but it does filter out other negative substances that would enter via air like pollution, allergens, and others.

No word yet on its pricing, but it looks to be quite expensive with the features it offers. Dyson is already accepting sign-ups to notify buyers when it will be on sale