Ending it all in one epic battle! 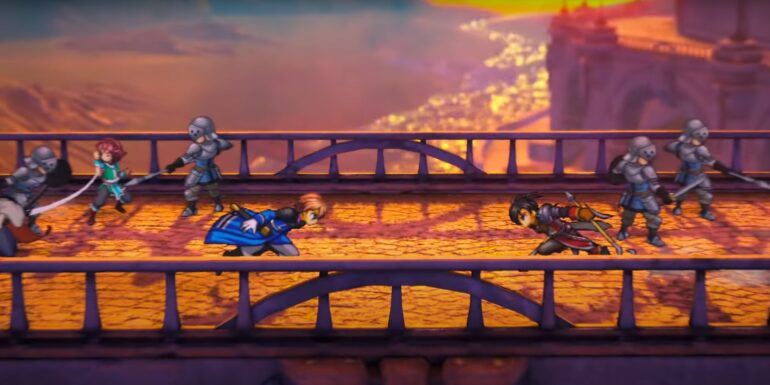 The new trailer showcased at Gamescom 2022 includes gameplay footage and cinematics. It features how players could traverse the world in the game and explore areas. It also shows two of the three protagonists of the game, Nowa and Seign Kesling. Nowa goes exploring through different environments including a city, an old mine, and a flooded abandoned town.

Another part of the trailer features the various characters the game will have, which are over 100 different unique characters that can be recruited and included in the main party. For now, the trailer only showcases a few characters that will be available to recruit. Each character has its own animation and sprite art.

The last part of the video features combat gameplay. Each character has their own unique abilities, weapons, and more when in battle. There is one character that looks like a kangaroo that wields a greatsword bringing it down on a monster, while a female character attacks with hearts. Another character is a shark that can walk on land and wields a spiked ball.

Rivals Duking It Out

And just like its predecessor, there is a scene where two main characters are facing off and ready to duke it out.

Eiyuden Chronicle Hundred Heroes will launch sometime in 2023. It will be available on PC, PS4, Xbox One, Nintendo Switch, PS5 and Xbox Series X/S.