The legend gets his well-deserved prize. 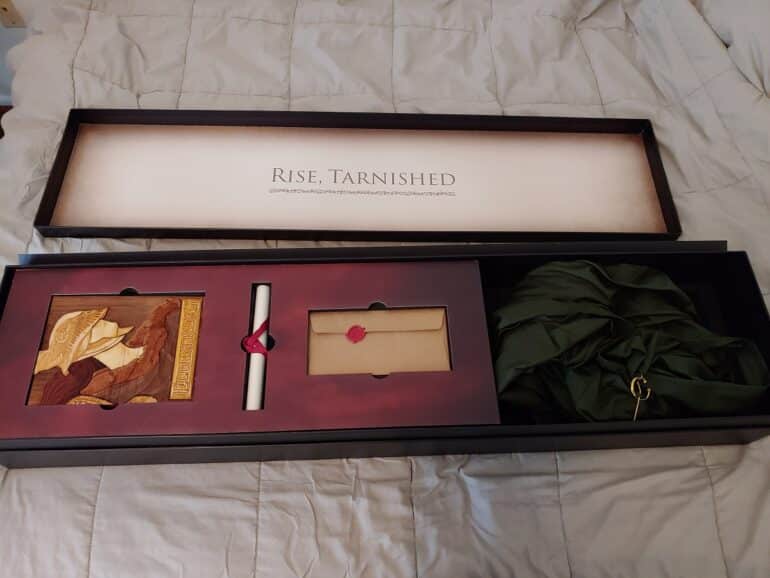 The legend of Elden Ring multiplayer Let Me Solo Her has finally gotten his gifts that Bandai Namco Entertainment promised a while ago.

Let Me Solo Her, also known as Klein Tsuboi, has been quite a legend in the Elden Ring gaming community. He has helped thousands of times to players who have a hard time defeating one of the game’s most notoriously tricky boss, Malenia. He has now a record of over 2,000 Malenia kills and Bandai Namco has recently noticed this achievement and promised to give him a reward for doing so. This gift has now arrived at his doorstep.

Bandai Namco sent the Tarnished Sword encased in a box, a map scroll of the Elden Ring world, an awesome wooden plaque with Malenia engraved on it, a message from Bandai Namco that congratulated him for defeating Malenia over 1,000 times, and looks to be a green cape with a pin.

“Congratulations on your great accomplishment!” says the message.

Past Games and Great Community

Klein Tsuboi went to share images of the spoils on his Twitter account, thanking Bandai Namco and the Elden Ring team for sending him this wonderful gift. He remembers his old days playing Dark Souls 3 and how he almost quit due to how difficult that one boss was, but he was glad he persisted to enjoy the game because he knows the Souls community is quite passionate and very dedicated to the games that FromSoftware dishes out. He thanked several players that he knows as well.

Never change Klein. Never, ever change, and always help us out when we get frustrated with Malenia, okay?