Elite Dangerous: Horizons Available Now for Free to All Players 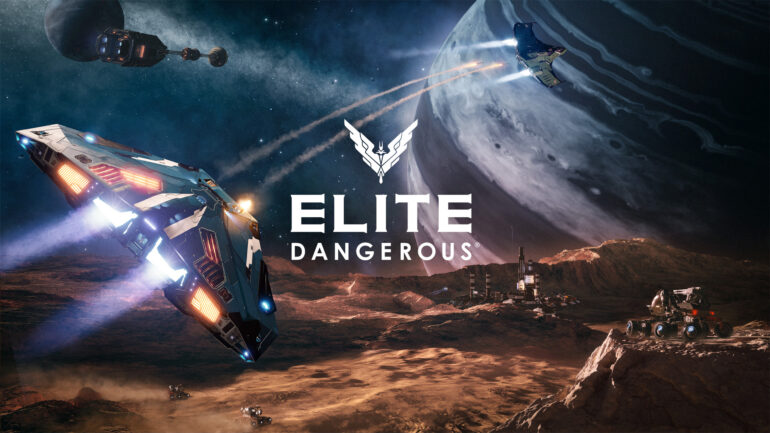 The ground-breaking expansion is free from today for all Elite Dangerous players, with existing Horizons owners set to receive an exclusive Azure paint job for all ships in game.

Game developer Frontier Developments has recently announced today that video game major expansion Elite Dangerous: Horizons is now available for free to download for all owners of the game on PC, PlayStation 4, and Xbox One.

All the season content included in Horizons is now part of the Elite Dangerous base game including planetary landings and surface recon vehicles, allowing players to seamlessly travel from space to the surface of accurately simulated planets and moons throughout Elite Dangerous’ full-scale Milky Way galaxy.

Horizons also features multicrew joint operations, weapon crafting, ship-launched fighters, permission to land at many surface star ports and other locations, as well as access to the coveted services of the elusive Engineers, offering countless new gameplay opportunities for all Commanders. Elite Dangerous players who previously purchased Horizons will receive an exclusive Azure paint job compatible with all 41 ships currently in game.

Take control of your own starship in a cutthroat galaxy. Some may know you as an ally; others will call you a pirate, a bounty hunter, a smuggler, an explorer, an assassin, a hero… Fly with friends, fight for a cause or go it alone. Your actions change the galaxy around you in an ever-unfolding story. Explore a detailed 1:1 model of our real galaxy, and be the first to discover one of 400 billion star systems. Start with a small starship and a handful of credits, and do whatever it takes to earn the skill, knowledge, wealth and power to stand among the ranks of the Elite.