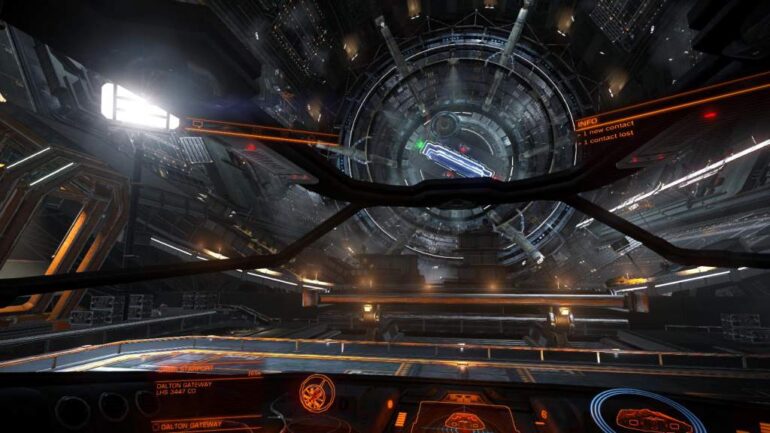 Have you ever had so much fun with a game because it was boring? As much as that sounds negative, it is the strength of Elite: Dangerous, where you can do and be whatever you want as long as you have the capital to do so.

Elite: Dangerous is the latest installment in the much beloved Elite-series of space simulation games by Frontier. You start out in a small, balanced but nothing in particular special ship and some credits to your name. From there it is all up to you. Do you want to go hunt wanted criminals and claim bounties? Do you want to go find new star systems? Do you want to trade various goods? Do you want to mine resources? Do you want to steal said goods and resources? How you make money to get to the next ship is up to you. The game sports freedom of choice, from what you do to the factions you align yourself with or you can maintain neutrality. This freedom is enhanced further by the vastness of the Milky Way, with allegedly 400 Billion star systems to find and explore. The last time I checked, the explored space was only less than 1%. 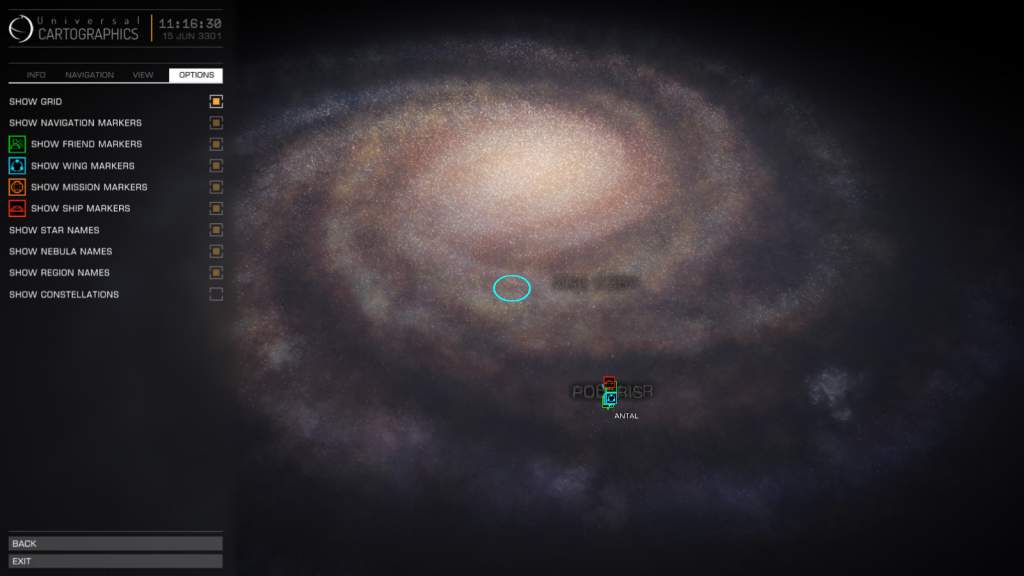 Most players would probably want to start with bounty hunting, as it is the easiest to way to earn money when starting out in the game. This would introduce you to the combat of Elite. The combat is a mixture of maneuvering and management; maneuvering to keep your enemy in your sights and you out of theirs, and management to adjust the different systems on your ship to perform optimally in the situation. These small one on one fights turn into bigger battles as you move up to bigger ships which have better shields, more slots and most importantly harder hitting weapons. Not to mention what you would be fighting would also become bigger and nastier.

Trading, mining and being a courier service provides better income than being a mercenary or bounty hunting pilot, but by far it is one of the most boring and tedious things to do in the game. As a trader, you go from star system to star system buying and selling items called rare commodities, as a miner you head towards the rings of gas giant planets in hopes of finding rare metals -to sell to High-Tech or Refinery systems to maximize profit, and as a courier you are the FedEx of the game delivering items around the known galaxy. This is not a bad thing as the game is a simulator and not an arcade game. You have to work hard to get somewhere, and an honest living is the best way to make a good amount of credits. There is the of course choice in this. 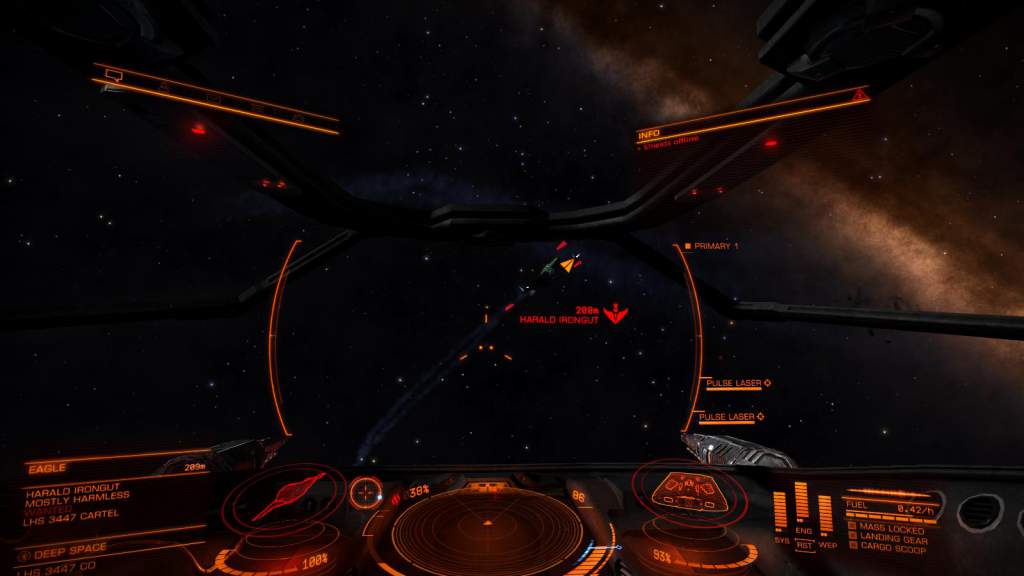 While the honest living provides a decent amount of money, the allure of more profit, thus more capital is always better. You can trade illegal commodities, and if you successfully slip past the authorities, you can make more money than your honest living counterparts. If you do get caught, you have to pain the price for doing so. Now if that is not your thing, what is better than free stuff? You can always just take the goods away from someone if you have a big enough ship and guns to scare them (or just blow them up). Although, a bounty would be placed on your head and that would attract bounty hunters to come after you. It was your choice after all.

I would recommend this game if you want a space experience that you can have by yourself, with friends or with people you meet along the way. While not as big or feature laden like EVE Online or the upcoming ambitious Star Citizen, Elite: Dangerous is a satisfying experience that fills the void of a space simulator game, yet has an easier to climb learning curve and requires less time investment (and is already released). The game is not for everyone though, especially those expected a space combat game or cannot stand grinding for money.