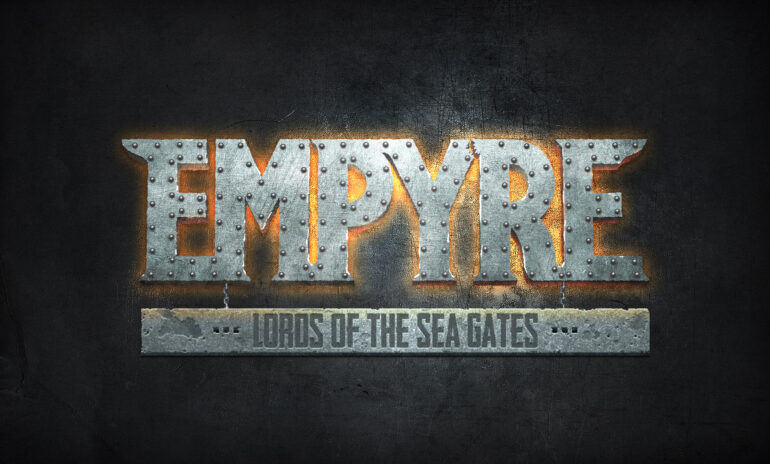 Coin Operated Games announces today that its upcoming Neo-Victorian RPG Empyre: Lords of the Sea Gates, will be coming to PC via Steam starting on October 4, 2017.  Developed by a team of industry veterans from such influential companies as Crytek, Creative Assembly, Codemasters and Digital Reality, Empyre: Lords of the Sea Gates is a top-down isometric RPG that takes place in an alternate industrial New York circa 1911.

… water is everywhere but none of it to drink…

Empyre: Lords of the Sea Gates depicts a troubled New York in which the entire city is flooded by rising oceans and the citizens now face a new threat: the fresh water pipes have stopped and there is no water to drink!

Empyre: Lords of the Sea Gates features an original story penned by renowned writer/comic artist Paul Noth, a staff cartoonist for The New Yorker magazine, where his work has appeared regularly since 2004. He created the Emmy-nominated animated series “Pale Force” for Late Night with Conan O’Brien and was animation consultant for Saturday Night Live. He’s also developed shows for Cartoon Network, Adult Swim and Nickelodeon, and his trilogy of middle-grade novels will be published by Bloomsbury, starting in April of 2018 with “How to Sell Your Family to the Aliens.”

“After writing for different media throughout my career, I’m very excited to be working with Coin Operated Games to write their video game script,” said Paul Noth. “The world that has been created in Empyre: Lords of the Sea Gates is amazing and truly unique, so I’m thrilled to be able to develop a story set in this new world.”

Although set in a fictional, alternate history, the game pays homage to historic accounts by adding authentic items such as patent medicines including poisons or tonics made from dangerous ingredients. Many of the games’ objectives and side quests will tie directly into the experiences that someone in the 19th century would have. The game’s authenticity reflects scenes from New York circa 1900, while tying the storyline to current day themes such as global warming and the rising of the oceans.

“We are very honored that Paul is working with us on the storyline for Empyre: Lords of the Sea Gates,” said John Randall, Creative Director of Empyre. “He is a world class writer, and has been invaluable to us with helping to shape the direction of our games’ signature Neo-Victorian story and experience.”

Currently in development by Coin Operated Games, Empyre: Lords of the Sea Gates will be available via Steam on October 4, 2017.