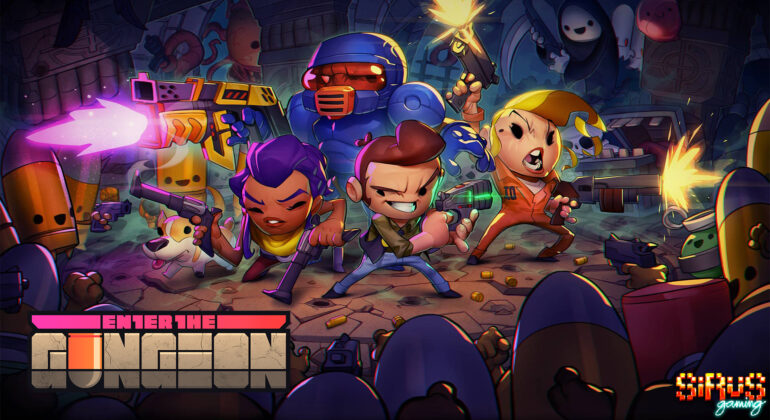 Enter the Gungeon is a rogue-like dungeon crawler and top-down shooter game developed by Dodge Roll for the PC and PS4 and released by the second quarter of 2016. In this game, players assume the roles of Gungeoneers – different characters each with dark pasts – all of them with a common goal of redeeming themselves by going through and defeating the Gungeon. The Gungeoneers must go through floors of procedurally-generated maze of rooms in which The Cult of the Gundead reside and lay waste upon those who try to conquer the Gungeon.

Of course, Enter the Gungeon wouldn’t be complete without guns, and by guns, this game has a lot. From handguns, shotguns, bazookas to even guns that shoot mail and packages, guns that shoot bouncing beams, and even guns that shoot out eggs which hatches and disperses homing chicks. There even are guns which are clear references of other games such as Megaman and Dead Space, to name a few. It will take one to go through dozens of runs before seeing and unlocking all the available guns.

Enter the Gungeon is rogue-like in the sense that every run is different and once you die, all the guns and money you got from that run will be lost. However, every run can still contribute to the progression of the whole game itself. Gungeoneers can pick-up hegemony credits from killed bosses which can be used to unlock certain guns from shops and there are also NPCs who can be rescued throughout the Gungeon that can provide different services which will make future runs survivable.

The Gungeon is quite unforgiving for the newbies and especially those who are not fond of bullet hell. Players must dodge bullets and other sorts of projectiles shot by bullets and things start to get nasty once every enemy on the room decides to unleash a barrage of bullets in every direction. Static walls can be used as cover as well as tables once flipped over. Enemies have attack patterns which can be easily exploitable by a well-experienced player. It takes mad skills to dodge and shoot through a floor to stay alive, not to mention coming out of one after a boss fight scratch-free. Also, a lot of patience and a little bit of luck will be needed to successfully beat the Gungeon. 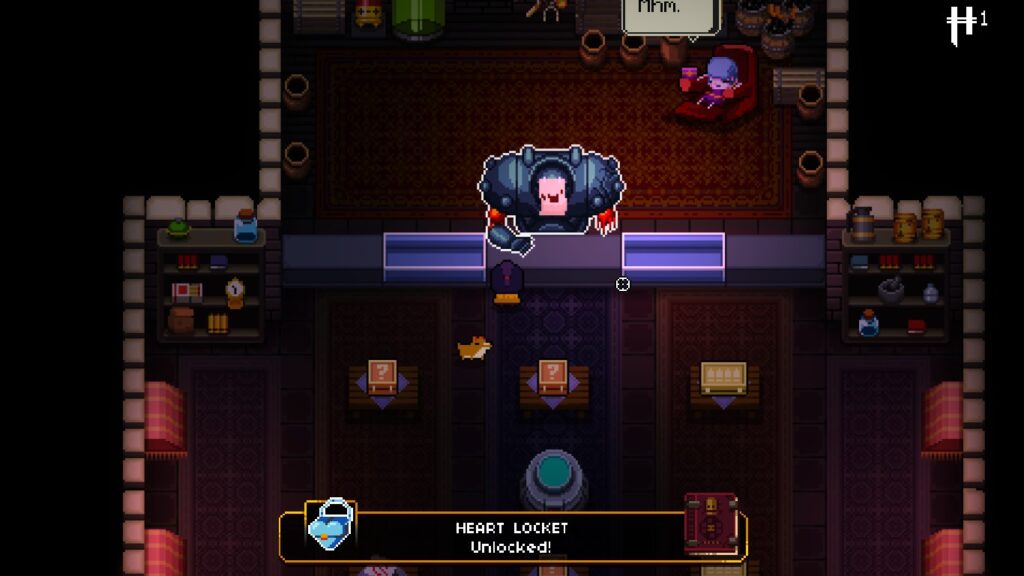 Contrasting its unforgiving nature is its cutesy depiction of its characters. The Cult of the Gundead isn’t all that scary thanks to the adorable bullets that will greet you by trying to kill you in the early stages. Despite being a pixel game, the handcrafted room design and detailing is just so nice to look at. Plus, the designers did quite a good job in putting the little details on the gun and ammo animation: every gun has a different look and animation, starting from being shot to being reloaded. A very minor thing to include and put effort into but it adds a whole lot to the visual experience of the game.

Overall, Enter the Gungeon may seem too hard of a game to enjoy and may drive off a lot of gamers, but it’s definitely on the top list for us. For one, the level of challenge it poses might be too high but the players are rewarded accordingly. It is a good time-killer because every run is just as fast-paced and action-packed as the last one, be it just a few minutes short or a full run of around an hour. Also, the amount of content alone provides hours of play and provides reasons to play it over and over again. The multiplayer adds in a twist in the gameplay that may or may not be beneficial, depending on the skill of your co-player. Enter the Gungeon is one polished game that we truly recommend.

Check out Enter the Gungeon’s website here or visit its Steam page here.